Why We Need to #LevelTheLaw

What more needs to be done to fight for gender equality? 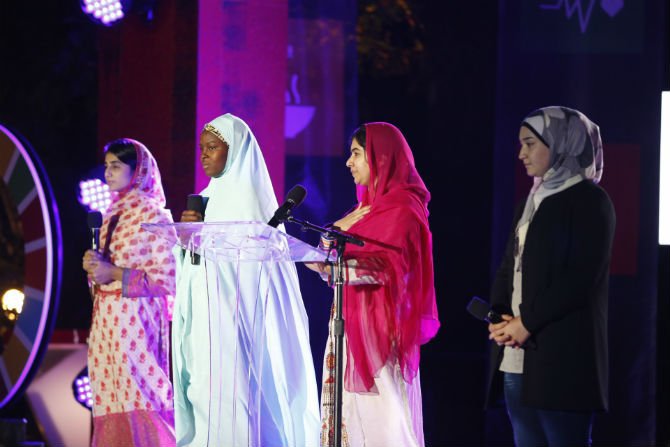 Five young women stepped out of the shadows of the backstage where I stood, and into the rapturous, overwhelming applause of 60,000 global citizens.

It was Global Citizen Festival 2015, and on that Saturday evening in Central Park, I was looking out on the crowd as Nobel Peace Prize winner Malala Yousafzai and her fellow activists took to the stage.

These women had come to symbolize so much of what it means to be a global citizen, and that night, they shared their stories. Stories of standing up for their rights and committing their lives to help others. These stories showed the need for all of us to support their efforts to change the future for girls and women everywhere.

In the months since, the team at Global Citizen and CHIME FOR CHANGE have been asking ourselves and partners what more needs to be done to fight for gender equality. The answer came back loud and clear.

Roughly 90% of all countries have at least one legal difference between women and men that limits women’s opportunities. In several countries, girls are restricted from attending school, forced into legally sanctioned child marriages and are not protected from gender based violence. Similarly, in many countries women cannot open bank accounts, apply for passports or identification documents, travel outside the home, be protected from domestic violence or work without their husband’s permission.

So we started talking to partners, asking what our role should be in changing this situation. We spoke to activists, policy experts, NGOs delivering services, and government officials in dozens of countries. They told us global citizens should be there, loud and passionate.

And they told us we should be standing behind the brave campaigners challenging laws that treat girls and women like second class citizens.

Women like CHIME FOR CHANGE Advisory Board member, Sharmeen Obaid-Chinoy, a Pakistani filmmaker calling on her government to end honor killings.

Women like Nadia, a Yazidi activist who is campaigning to have the genocide and rape of her community referred to the International Criminal Court.

And men like Artistarick, who is fighting child marriage in Tanzania after his sister was almost married off at the age of 14.

Importantly, our partners reminded us that our role was to support and show solidarity, bringing international attention to reinforce the campaigning that these activists are already leading in their communities. These aren’t problems that we can solve from America or Europe or Australia directly. They’re about local governance, with global citizens’ role being to help campaigners access the tools, the resources and the people with the power to make things right.

As global citizens, our power comes when we act together to shape norms and expectations of national and international decision-makers. In our increasingly interconnected world, these leaders want international acknowledgement and appreciation, which is why we use the power of regional forums - like the United Nations, the G20 or the Commonwealth - as well as the influence of the media and influencers to shine the spotlight on issues. Your actions make decision-makers pay attention to an issue, show them the evidence, and ask for a response. We applaud when they do the right thing, and we make it very clear when they don’t.

As we start supporting campaigns that challenge discriminatory laws, we’ll put these same tools at the disposal of the campaigners you’ve just started to meet, and the many more we’ll introduce you to in the coming months. We’ll share their stories, keep you updated on their wins and losses, and follow their lead in asking you to take action to get these laws changed.

I hope you’ll join us. Together, we truly can #LevelTheLaw for everyone.