“There’s no ‘honour’ in honour killings.” 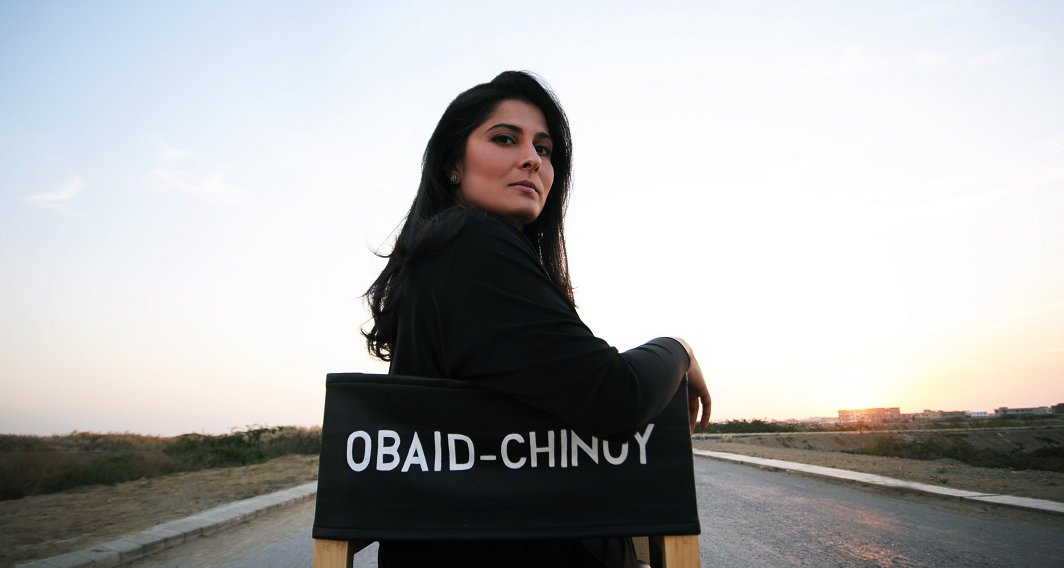 Behind the fanfare and glitz of the Oscars, one nomination has the potential to save lives off screen.

Sharmeen Obaid-Chinoy's A Girl in the River: the Price of Forgiveness tells the story of Saba, an 18-year-old Pakistani woman who was beaten and shot in the head by her father and brother for marrying a man against her family’s wishes. Intending to kill her, they threw her body in a river and left her for dead.

Unlike most victims of honour killings, Saba lived to tell the tale. Just before the bullet struck, she jerked her head - a lucky reflex that lessened the impact of the blow. Still semi-conscious, she was able to pull herself out of the water and reach a hospital alive.

When Obaid-Chinoy read about this extraordinary story, she knew she had to meet Saba. Up to 1,000 women in Pakistan die as a result of ‘honour killings’ every year. Saba’s survival presented a unique opportunity: to expose the brutality of this practice from the perspective of a woman who had lived through the experience.

TRAILER - A Girl in the River: The Price of Forgiveness from Sharmeen Obaid Films on Vimeo.

“Film is a powerful medium because it allows people to connect with an issue they wouldn’t normally feel close to,” said Obaid-Chinoy in an interview with Global Citizen at the World Economic Forum 2016.  “It adds perspective and a human connection. You are part of an experience. Those voices, those faces stay with you.”

Nominated for Best Documentary (short category) at this year’s Academy Awards, A Girl in the River is already causing a stir in Pakistan’s political landscape. After the film’s Oscar nomination was announced, Prime Minister of Pakistan Nawaz Sharif released a statement congratulating Obaid-Chinoy and also expressing "the government's commitment to rid Pakistan of this evil by bringing in appropriate legislation." On Monday 22nd February, in the lead up to the ceremony, Sharif hosted Pakistan’s first screening of A Girl in the River at his office - proof that the film is beginning to garner political momentum.

When #Socfilms began work on #Agirlintheriver we wanted to create an impact & change the discourse around #Honorkillings- We are delighted that the Prime Minister shares our concerns and will also be working to change the laws. Also it's quite incredible that the very first screening of our film will take place at the PM secretariat next week!

This isn’t the first time Obaid-Chinoy has made history through film. She became the first Pakistani to win an Oscar for her 2012 documentary Saving Face on acid attacks in Pakistan.

“Before the film, nobody was talking about acid violence but because of the Oscar nomination, it became front page news [in Pakistan], so every time there was an acid crime, people would report it,” says says.

“Because of the attention the film got, the regional government in one of the provinces with high levels of acid crime gave victims speedy justice” - a fast-track to have their cases prosecuted.

There are more signs that Pakistan is taking action to end gender-based violence. This week, the country’s largest province Punjab passed a law officially criminalising all forms of violence against women, strengthening laws and sentences for domestic, sexual and psychological violence.

There is still a long way to go in extending this change across the whole country, especially when they often clash with deeply-held conservative religious beliefs.

Obaid-Chinoy is determined for her film to resonate beyond the Oscars, hoping to change both laws and mindsets. Ultimately, she's working to build a future where no women will suffer the same fate as Saba or the thousands of women who die each year at the hands of their families.

“There is no ‘honor’ in honor killing,” she said in a tweet related to the film. “It is not part of our religion or culture, it is a stain on our society.”

Sharmeen Obaid-Chinoy also works with CHIME FOR CHANGE to promote girls' education and empowerment in Pakistan. Check out these powerful films to find out more.