A Look At The Obama Administration's Legacy On Women's Rights 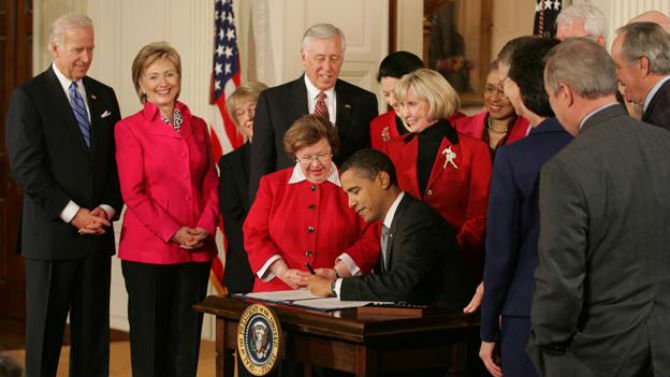 As the President wraps up his eight years in the Oval Office and prepares to transition a new administration into the White House, the country is looking back on his legacy and considering how his victories can be preserved. When it comes to advancing gender equality, the country will need a strong feminist leader who gets the issues like Barack, Michelle, and Joe do.

Here’s how the administration fares on women’s rights:

Throughout his presidency, Barack has been an advocate for women. At the White House Summit on Global Development, President Obama acknowledged the strides made toward achieving the Sustainable Development Goals, the fifth of which is gender equality. Over the years, he’s appointed two more women to serve on the highest court in the land, restored protections against pay discrimination, and created the White House Council on Women and Girls.

Early in the Presidency, Obama made use of his powers to ensure women and girls would be at the center of his Administration’s efforts. In 2009 President Obama created the White House Council on Women and Girls. The Council’s purpose is to ensure that all federal agencies “take into account the needs of women and girls in the policies they draft, the programs they create, the legislation they support, and that the purpose of our government is to ensure that in America, all things are still possible for all people.”

"With passion and courage, women have taught us that when we band together to advocate for our highest ideals, we can advance our common well-being and strengthen the fabric of our nation."

Obama also created a new position: Ambassador-at-Large for Global Women’s Issues. Appointing to the job Melanne Verveer in 2009 and then Catherine Russell in 2013, President Obama signaled to world that the advancement of global women’s issues would be a strong marker of his legacy. 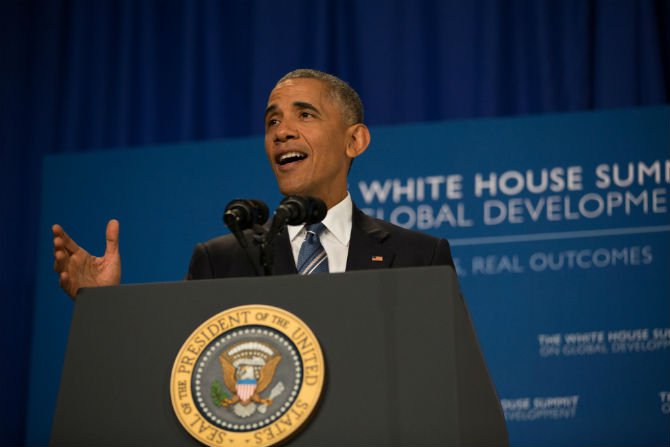 Despite facing seemingly insurmountable obstruction by Congress, President Obama’s foreign policy advanced women and girls in society. In each of his three core initiatives (Global Climate Change Initiative, Global Health Initiative and Feed the Future Initiative) that makes up the Presidential Policy Directive on Global Development signed in 2010, the President addresses how women and girls will directly benefit.

The Lilly Ledbetter Fair Pay Act --legislation for economic equality-- was the first piece of legislation signed into law by President Obama. By amending the Civil Rights Act of 1964 to allow unfair pay complaints to be filed within 180 days of a discriminatory paycheck, the law moved the needle for fair pay. However, it did not narrow the wage gap nearly enough. Today, women make only 79 cents to every dollar made by men. For women of color, the gap is worse. Black women earn 61 cents and Latinas earn 52 cents for every dollar paid to white men. The idea that a woman loses on average $11,000 per year due only to her not being a man isn’t just shocking — it’s also economically damaging. The Lilly Ledbetter Act is the cornerstone upon which the next president must advance legislation for equal pay.

Although President Obama has made valiant progress in elevating women’s rights as human rights, he has faced criticism for failing to change the Helms Amendment — an archaic policy that prevents that U.S. from providing foreign aid for the sexual health of women in conflict regions. A simple executive action signed by the President could permit funding in the case of rape, incest. and the endangerment of the woman’s life. If the President hopes to maintain his feminist legacy, he must change the Helms Amendment and take a stand against the use of rape as a tool of war.

Now more than ever, the First Lady stands as an emblem of the resilient and independent-minded woman of today. The impact of her legacy for women and girls could stop at her character, but as First Lady, Michelle Obama decided early on to make full use of the platform to advance the issues she cares most about. 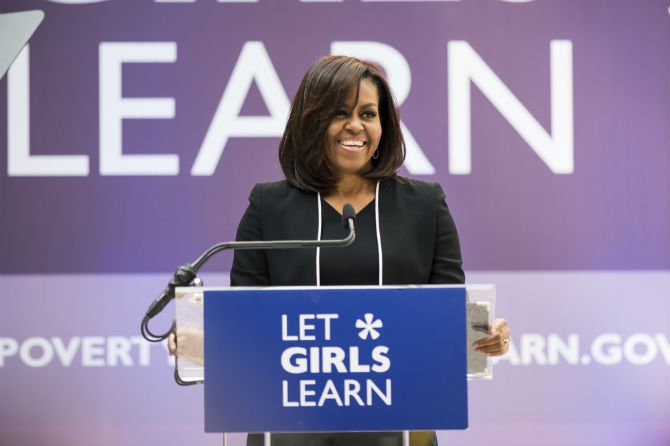 While President Obama’s foreign development initiatives focused on climate change, global health, and global food security, the First Lady has embraced girls’ education. Releasing an anthem to highlight the cause and singing it out alongside Missy Elliot in “carpool karaoke,” Michelle Obama will stop at nothing to get her message across: “So much could be corrected in the world if girls were educated and had power over their lives.”

Her signature issue campaign, “Let Girls Learn” has the explicit mission “to address the range of challenges preventing adolescent girls from attaining a quality education that empowers them to reach their full potential.” First launched in March of 2015, Let Girls Learn leverages the coordinated efforts of the US Department of State, USAID, Peace Corps, and the Millennium Challenge Corporation.

"To dream big, you have to be willing to take risks" —@FLOTUS in Morocco: https://t.co/gz2Uh0bgPt#LetGirlsLearnpic.twitter.com/byEiVgq1pg

On Michelle’s recent trip to North Africa, millions of dollars of commitments were made to address gender-based violence and poor sanitation — issues that have long prevented girls from entering and staying in school. The First Lady has elevated the issue of girls’ education by demonstrating to the world that when you let a girl learn, you empower her to “shape her own destiny, lift up her family, and transform her community.”

Before Joe was vice president, he was a Senator from Delaware. In that job, he fought for gender equality through landmark legislation like the Violence Against Women Act, which was reauthorized by Congress in 2013. As a Senator and Chairman of the Senate Judiciary Committee, Biden also sat on the confirmation hearing of Clarence Thomas’s appointment to the Supreme Court. Although the Vice President, then-Senate Chairman has been criticized for not allowing the testimonies of Anita Hill and three other victims of Clarence’s assault, Biden has since used his influence to hold perpetrators accountable and strongly advocate for the end of violence against women. 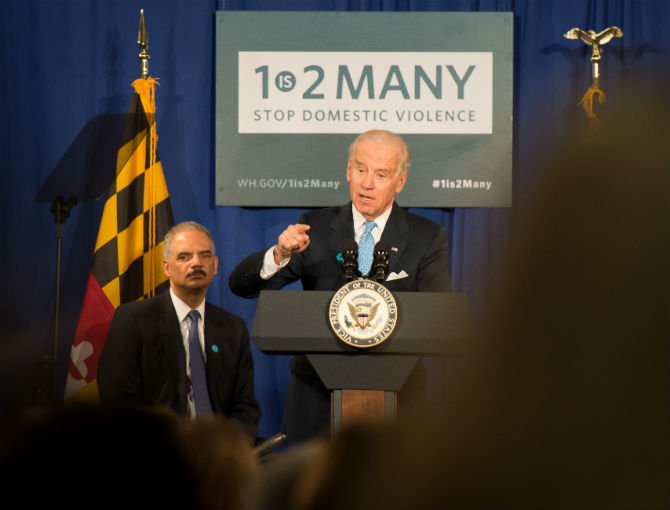 The now widespread “It’s On Us” campaign was launched by the President and Vice President to stop sexual assault on college campuses across America. In an op-ed, Biden says that although the Violence Against Women Act has been successful, more needs to be done to prevent even one attack. Speaking with Americans about how to take best action, Biden heard the call over and over again to “get men involved.” Within its first year, the campaign garnered the pledges of 250,000 college students “to intervene instead of be a bystander, to recognize that any time consent is not -- or cannot -- be given, it is sexual assault and it is a crime, and to create an environment where sexual assault is unacceptable, and all survivors are supported.”

Together the President and Vice President made clear to institutions of higher education that any school found in violation of Title IX will be investigated and face financial penalties. The deliberate action taken by Obama and Biden to change rape culture and fully support victims of sexual assault is a step in the right direction to achieving gender equality.

As America prepares for a new era of presidential leadership, gender equality must be upheld. For women and girls all around the world, it is important that the nation’s next leader supports a future where women are given equal opportunity to succeed.