It’s the second UK supermarket to announce the move in just two weeks. 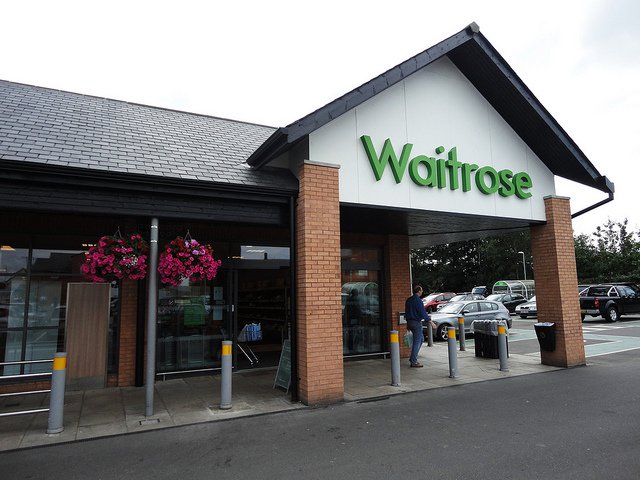 Waitrose has announced that it will become the second UK supermarket chain to pay the “tampon tax” on behalf of its customers.

It comes less than two weeks after Tesco announced it would be paying the tax for its customers – the first British supermarket to do so.

Thank you @waitrose for following @Tesco's lead & cutting the price of sanitary products to offset #TamponTax! (Who will be next? Boots...?) pic.twitter.com/NXPYyrI4In

The tampon tax is a controversial issue in the UK. Last year, a petition to scrap the tax gathered 300,000 signatures before being delivered to ex-Prime Minister David Cameron.

Cameron then announced to the House of Commons that he would bring the tax to an end. But the victory was short lived. Despite promises to scrap it, the UK is still waiting. And supermarkets like Tesco and Waitrose just couldn’t wait any longer.

“By covering the VAT cost and reducing the price by 5%, we are confident it will make a difference to our customers,” said Waitrose spokesperson Michael Andrews.

Tesco will cover the same cost for 100 sanitary products. But it’s not the first time the supermarket has shelved misogynistic pricing. In January, Tesco cut the cost of women’s razors so they cost the same as men’s, after a newspaper investigation revealed that women paid an average of 37% more for gender-targeted items.

Finally someone has seen sense or saw a great marketing opportunity- either way hopefully the government will see just how ridiculous this is! #tampontax #tampons #stoptaxingmyperiod #stoptaxingmyvagina #tesco #period #periodproblems #periodtax

The tampon tax will be removed nationwide by 2018. In the meantime, the £15 million raised from the levy is redirected towards charities that claim to support women. However, it was revealed earlier that year that some of that money had been used to fund an anti-abortion organisation.

Meanwhile, Scotland has run a pilot in Aberdeen to roll out free sanitary products to low-income women. It’s the first country in the world to run such a scheme to tackle period poverty.

British people have welcomed the news that private businesses understand sanitary products are an essential item – even though the government seems slower to catch on.

Doing my weekly food shop at @Tesco from now on as they're paying the tampon tax for us gals!!! Love you Tesco xoxo

Why is there even such thing as tampon tax 🙄. I still think sanitary products should be free or very very cheap. 😒 https://t.co/UgW37YbWJ9

Read More: The Tampon Tax Is Still a Thing, and It’s Funding an Anti-Abortion Group

But not every supermarket has come on board. According to the Independent, Sainsbury’s declined to comment for “competitive reasons”, whilst Boots and Asda did not respond at all.