The Tampon Tax Is Still a Thing, and It’s Funding an Anti-Abortion Group

Remember when we were told it was getting scrapped? Like, ages ago? It wasn’t. 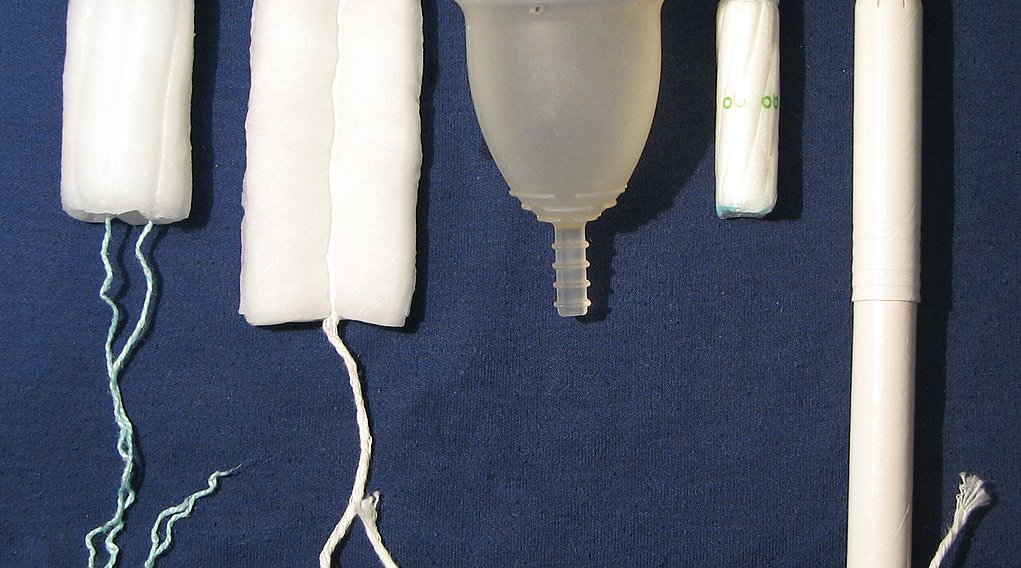 In the UK, there is a 5% tax on tampons and sanitary towels, defined under law as “luxury items”.

The government has stalled its plans to abolish the so called “tampon tax,” and instead all money raised - approximately £15 million - is intended to support organisations that support women. Reports have indicated that one of the biggest beneficiaries from this fund is Life, an anti-abortion group.

Life, one of the UK’s largest and oldest pro-life organisations, has been awarded a government grant of £250,000 from revenue raised by the tampon tax. The decision has sparked controversy amongst women’s rights campaigners.

In an interview with Victoria Derbyshire, MP Paula Sherriff alleged that the charity referred to abortion as the “death penalty” on its website, a line which has since been deleted. According to various sources, the charity states that abortion should not be an option for rape victims. Life has reportedly claimed that abortion increases probability of breast cancer too, and also faces numerous accusations of publishing inaccurate information.

This fund was supposed to help women not encourage those organisations who want to control them-completely unacceptable and must be stopped. https://t.co/SwCannIErg

Last year, David Cameron attempted to persuade the EU to grant the UK exemption from the tampon tax, after a petition gathered 300,000 signatures online. A deal was reached, and consequently EU regulation was softened. David Cameron triumphantly announced the end of the tampon tax to the House of Commons, proudly exclaiming “"we said we'd do something about it and we have done.”

Read More: Girls in the UK Are Skipping School Because They Can’t Afford Menstrual Products. In 2017.

Over a year later, the tampon tax still stands immoveable. Despite a pledge to scrap it, ex-Chancellor of the Exchequer George Osborne “went quiet” on legislation. Instead, he said that all money raised would go to women’s charities. This year, on International Women’s Day, Philip Hammond, his successor, reiterated the proposal to divert the cash to rape crisis centres, female mental health organisations, and domestic abuse charities. But critics maintain that this still forces women to fund their own safety.

Although the 5% tax is at a reduced rate, it means that they’re still classed as “luxury items”, and, in tax terms, defined as “nonessential”. To clarify: 4.3 billion sanitary products are used in the UK each year. On average, a woman will spend £18,450 on them in their lifetime. Yet at the same time, recent reports have suggested that young British girls are skipping school when they get their periods because they cannot afford sanitary products.

Read More: 20 Years Ago, British Women Told Us What They Really, Really Wanted. Did Anyone Listen?

By way of contrast, chocolate chip cookies are not taxed. According to tax law, biscuits are more important than sanitary products. 99.2% of British people buy biscuits, whilst nearly a third would ditch Facebook for good instead of giving up the habit. But - still - more non-pregnant, non-menopausal women have periods than like biscuits.  To be clear: edible cake decorations- essential. Tampons - nonessential. Jaffa Cakes - essential. Menstrual cups - nonessential.

While the #tampontax somehow remains a thing, here's a list of stuff that is tax exempt. Good times... pic.twitter.com/8AB8iRKjDB

Sophie Walker, leader of the Women’s Equality Party, joined numerous politicians and women’s rights groups in condemning the revelation that Life was receiving hundreds of thousands in funding. “We consider any restriction on women’s reproductive rights as violence against us and thus it was a shock to learn the government has used the tampon tax fund to support a charity whose mission is anti-choice and aims to ‘make abortion a thing of the past’.

Read More: If Men Had Periods

According to the BBC, a spokesperson for the charity said: "At Life we see women who are in genuine crisis because of pressures to end their pregnancy coming from partners, parents, employers, and society. We are there to empower those women with the support they need to continue with their pregnancy and to equip them with the skills to help them overcome their personal challenges.”

The uproar rages on. But, as controversial funding is further disputed, the tax itself continues. Join Global Citizen in calling on governments to make tampons and menstrual supplies accessible for all women, and to make sure the laws of every country are fair for women living there.