A switch to sustainable energy changes the centuries-old way of life across Myanmar.

NYAUNG KONE, Myanmar, March 29 (Thomson Reuters Foundation) - For generations, residents of this farming village in central Myanmar had a set rhythm to their day — waking up with the sunrise and going to sleep after dark. Diesel generators and batteries were for the privileged few, while the candles used by most were a fire hazard for thatch and bamboo houses.

On a recent, balmy evening, however, the remote village of Nyaung Kone in Myanmar's central Dry Zone was still abuzz long after night fell.

Women sifted onions and winnowed peanuts under their stilt homes. There were queues at snack stalls and children recited their lessons. One family watched a Korean soap opera on TV.

"I used to spend about 200 kyat ($0.15) every night on candles for my sons to study, and I was always worried it would cause a fire. Now I don't spend that anymore and can work late into the night," said peanut farmer Than Than Sint, 44.

A power inverter blinked nearby on the floor of her neighbour's home, connected to two solar panels.

Access to electricity from clean sources such as solar and small-scale hydropower is changing the centuries-old way of life in thousands of rural communities like this across Myanmar.

But experts say unsupportive policies and a lack of political will are hampering the development of a commercially viable market in renewable energy.

Yet successive governments have focused on large-scale hydropower, gas and coal, which critics say are environmentally destructive and costly.

Than Than Sint, whose husband left to work in Malaysia nine years ago, paid 63,000 kyat for her solar system in instalments over 10 months, under a project led by Pact, an international nonprofit working with businesses to bring electricity to a million people in rural Myanmar by 2020.

The solar power lights up her shrine, living room and the space beneath her house, where she works in the evenings. 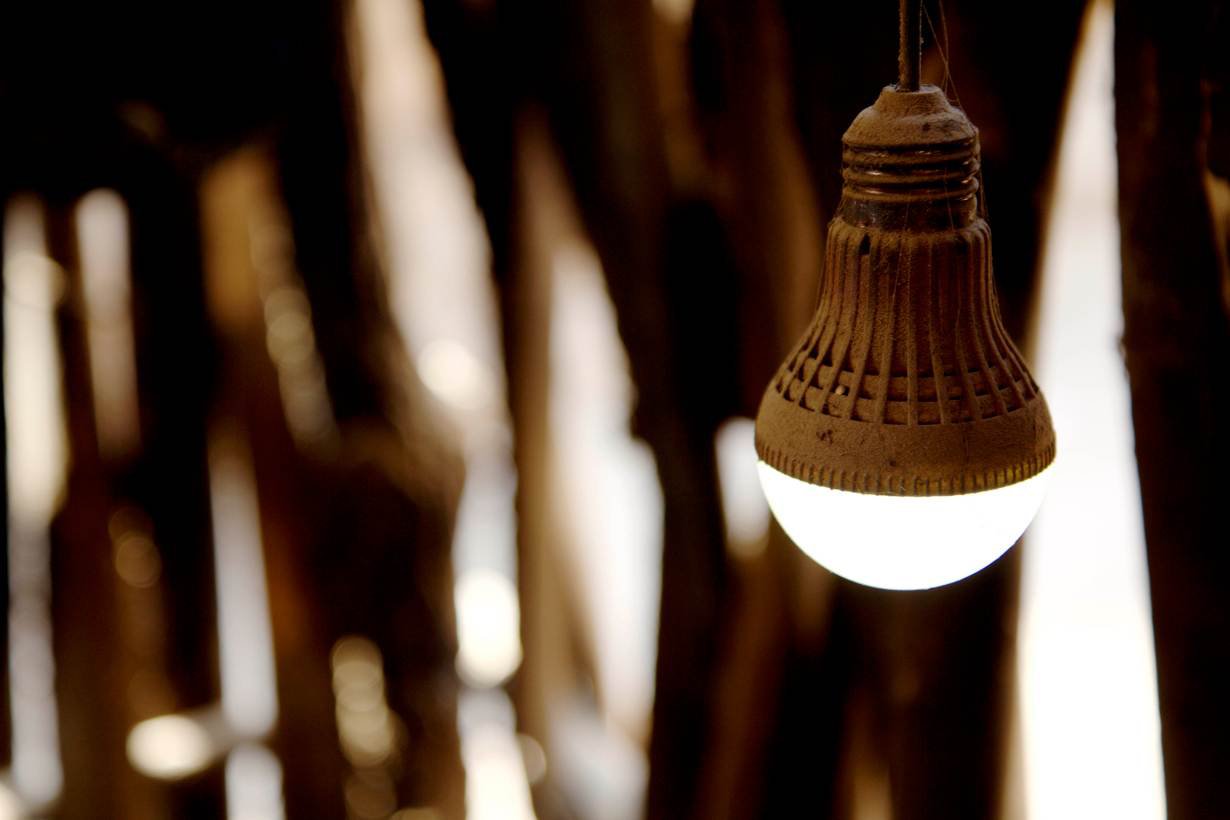 Half of Nyaung Kone bought solar systems through Pact's programme, while 16 more families later purchased them outright from the same supplier.

The project's second phase, if Pact can find funding, would develop mini-grids - local power networks that can supply a village, unconnected to the national grid.

For over half a century, Myanmar's military rulers neglected their citizens, leaving nearly 40,000 villages without access to the ageing grid.

But with blackouts plaguing even areas that are grid-connected in the dry season due to an over-reliance on hydropower people have taken matters into their own hands.

"With no government support whatsoever, there has risen a market for household-scale solutions," said Chris Greacen, a consultant on off-grid electrification who has advised the World Bank and Germany's development agency GIZ in Myanmar.

According to Myanmar's 2014 census, about 178,000 households used private water mills as a primary source of lighting, while 945,000 used solar, and 1 million used diesel generators.

Read More: Last Month, Half of the US Was Powered by Wind (Briefly)

Generators are expensive. Pact says one hour of diesel power in rural Myanmar costs roughly the same as 24 hours of power in Yangon, the commercial capital. But their prevalence shows villagers' willingness to pay to get electricity, experts say.

Renewables are greener and cheaper, quicker to set up and well-positioned for off-grid needs, said Aung Myint, general secretary of the Renewable Energy Association of Myanmar (REAM).

Yet there is little political will to develop a sustainable market in renewables, or even consider their potential as the government favours a centralised system, he said.

Myanmar's Energy Master Plan, drawn up with the Asian Development Bank (ADB), projects a significant increase in coal's share of national electricity output by 2030, to almost 30 percent from less than 2 percent in 2015.

Meanwhile, the $5.8-billion National Electrification Plan (NEP) - which aims to bring power to all of Myanmar by 2030 and overwhelmingly favours grid extension - is starting with a $400 million loan from the World Bank, which said the money is not funding coal or hydropower projects.

Myanmar's Department of Rural Development, which is responsible for off-grid electrification, did not respond to requests for comment on government policy. 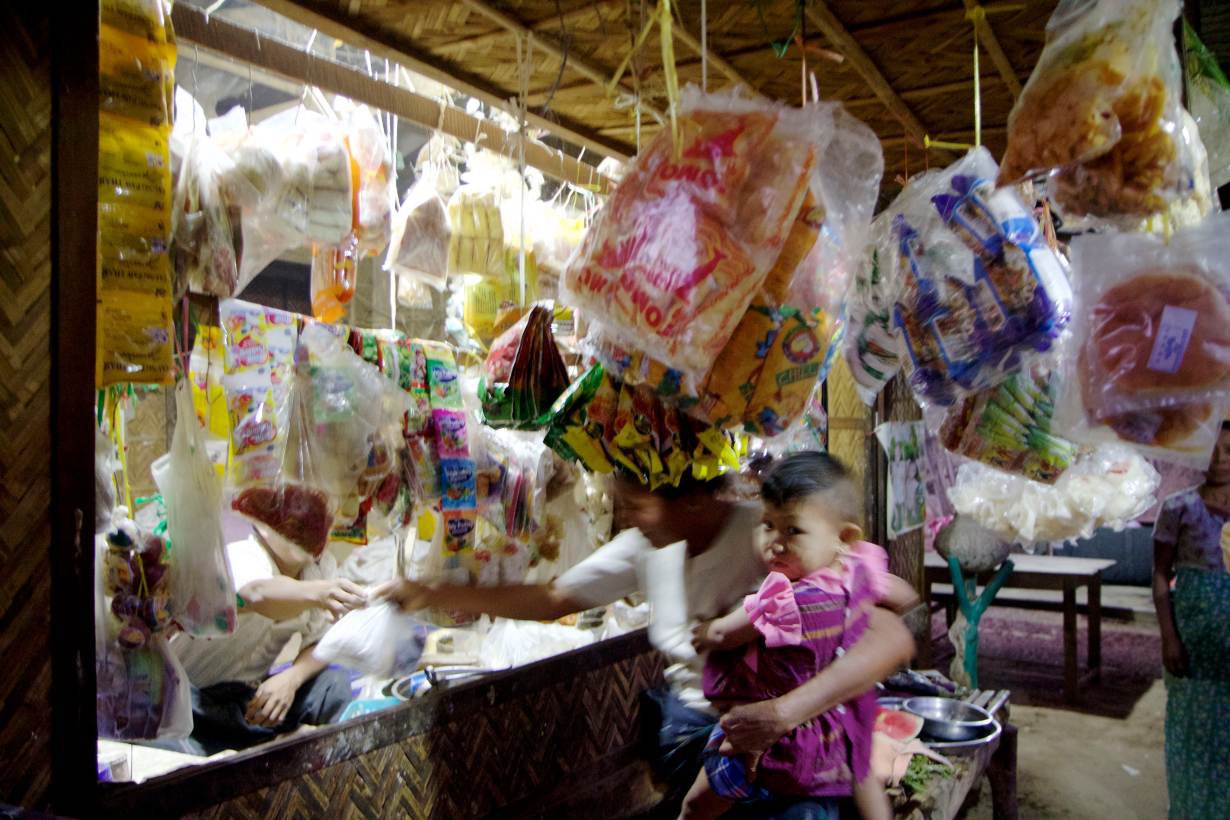 Greacen said renewable energy systems, especially micro-hydro and mini-grids, are viable options while people wait to be connected to the main power grid.

In Thailand, a programme for "very small power producers" allows mini-grids to sell electricity to the national grid at standardised rates.

Read More: Google Promises to Get All Its Energy From Renewables Next Year

Yet in Myanmar, basic laws governing off-grid and rural electrification have not been passed. REAM's Aung Myint said this regulatory bottleneck makes investors reluctant to step in.

In addition, most of Myanmar's off-grid projects so far have been heavily subsidised by the government or donors.

For example, nearly 500,000 households will benefit from solar home systems and mini-grids under the NEP, with subsidies of up to 90 percent.

"How can you compete with a free or nearly free product?" asked Evan Scandling, Myanmar managing director of Sunlabob Renewable Energy Ltd, which recently built 11 solar mini-grids in remote villages under an ADB programme.

But with thousands of villages unlikely to be connected to the grid for the foreseeable future, "there's a market opportunity and a development opportunity", he added. 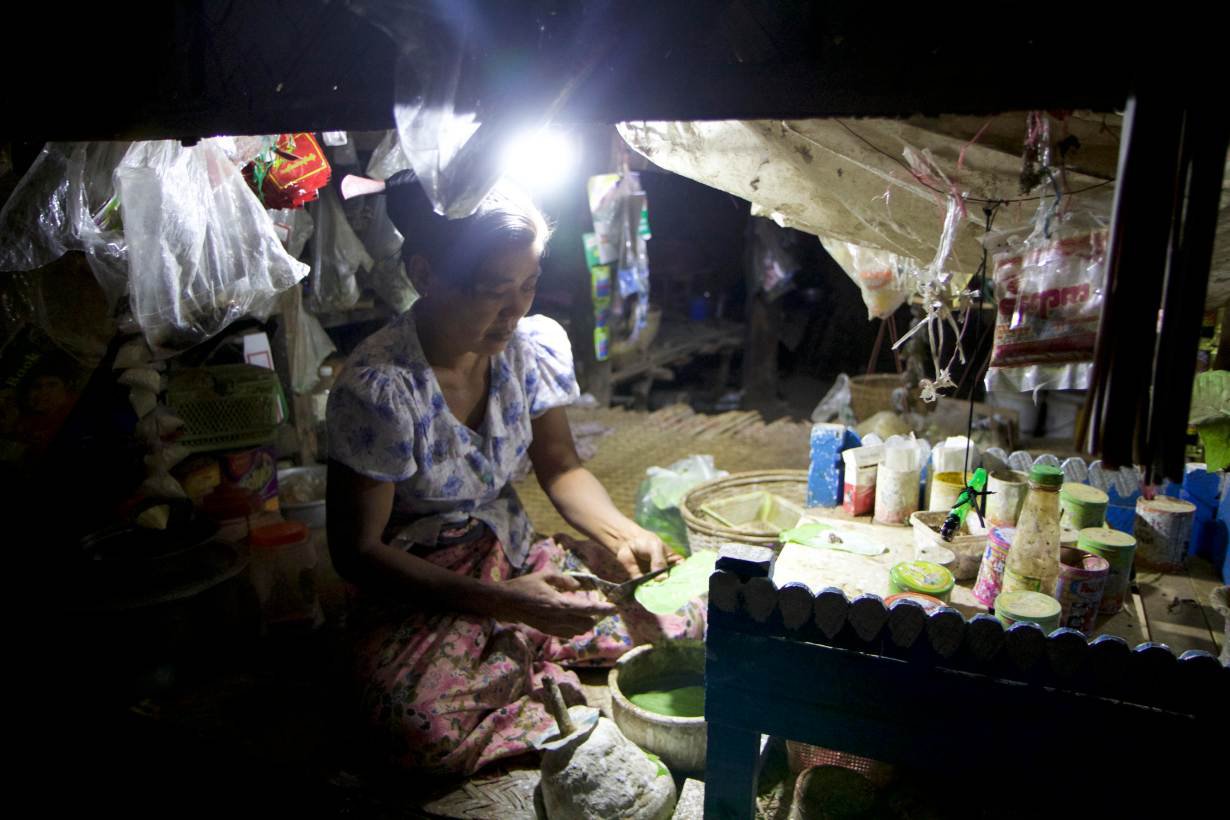 The main clients for off-grid solutions in Myanmar are the 4.5 million households spending more than $200 million per year on candles, kerosene, batteries and diesel, according to the International Finance Corporation, the World Bank's private-sector arm which is helping foster a commercial market for solar devices and kits in the country.

Farmer Myint Maung, 58, has heard rumours the main grid might reach his isolated village of Aung Thar in the Dry Zone next year - but hook-ups will cost each household 400,000 kyat.

"I'm not sure how I can afford that. I might as well stick with my solar system," he said.