Brought to you by: Vodacom Group

Connecting for a Better Tomorrow: Vodacom and Global Citizen Team Up to Create Change in South Africa

Join the movement and#BeTheGeneration that aims to end extreme poverty by 2030.

Brought to you by: Vodacom Group

Why Global Citizens Should Care
South Africa is among the many nations that have adopted the UN’s Sustainable Development Goals (SDGs) — also known as the Global Goals — which work to end extreme poverty by 2030. There are 17 different goals that work together to create a better world. These goals range from ending hunger, to promoting peace and justice, and ensuring access to adequate water and sanitation. Join us in taking action on these issues here.

When Global Citizens work together, our collective actions result in impact that changes policies and inspire world leaders to commit to reaching the Sustainable Development Goals.

Since the organisation was founded, the actions of 14.2 million Global Citizens have helped generate commitments and policy announcements from leaders that are valued at more than $37.9 billion.

The capstone event of Global Citizen’s year-long #BeTheGeneration campaign is inspired by the revered former leader of South Africa, Nelson Mandela, and his dedication to rallying people together to use their collective voices to speak for the most marginalised people.

More than his struggle for freedom from apartheid, Mandela was celebrated for his passion to correct social injustices, promote education, alleviate poverty, and accelerate access to health care, among other development goals that he championed. To mark his centenary, Global Citizen has partnered with organisations that include Vodacom to drive active participation in projects aimed at encouraging South Africans to live Mandela’s legacy.

For over 19 years, Vodacom provided funding worth more than R1.2 billion to amplify the work of organisations that promote gender equality, education and health, as well as safety and security initiatives. Through the partnership with Global Citizen, Vodacom is essentially extending an invitation to its customers to commit towards engaging the social issues that currently plague the continent. This is in line with Vodacom’s objective of being a purpose-driven brand.

The United Nations Development Programme notes that, while Africa has made significant strides in reaching Global Goals — including enrolling more children in primary schools, curbing child and maternal deaths, and closing the gap in political and economic representation — there is still an urgent need for policies and actions that will lead to sustainable development for all Africans. History and experience show that Global Citizens play an important role in making these changes a reality for all people. To this end, Vodacom will be zero-rating the Global Citizen app and website for its customers.

Read More: How Close Is South Africa to Achieving the Global Goals?

“When the Global Citizen opportunity arose, we could see the alignment in our values and purpose, which are focused on helping ordinary citizens achieve the extraordinary through the power of technology,” said AbeyMokgwatsane, managing executive for brand and communications at Vodacom. 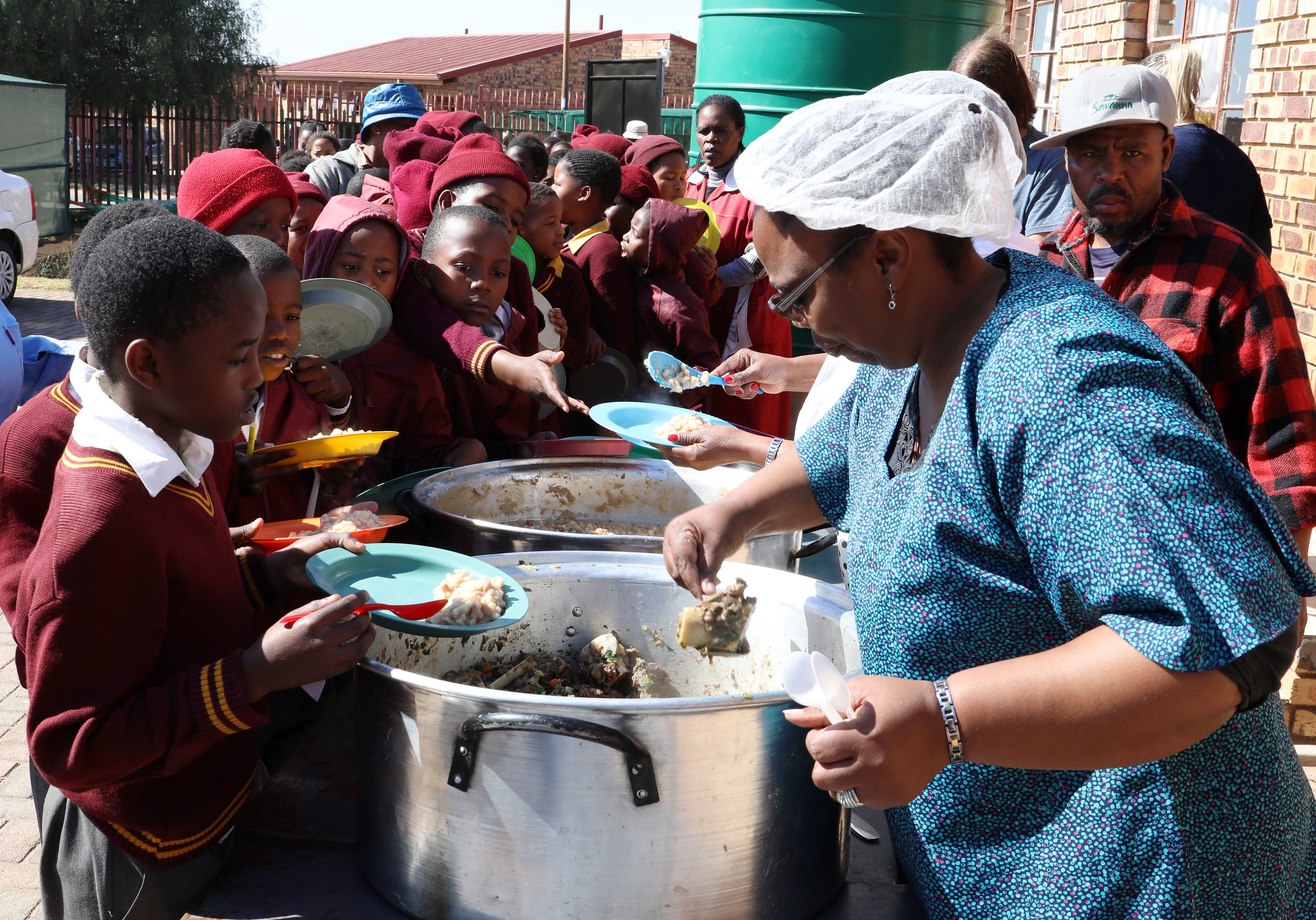 Read More: How We Can Be The Generation to End Extreme Poverty

“This will be a first-of-its-kind initiative for Vodacom,” he added. “The movement will see our collective force of 43.1 million subscribers driving change and making a difference in some key areas of delivery in South Africa.”

The festival will, however, offer much more than song and dance. On this day, national and world leaders will pledge their commitment to ending extreme poverty and achieving other goals. It all starts with the actions of Global Citizens.

Vodacom is using this opportunity to enable its customers to support life-changing causes that the mobile network operator has been working hard on, with increased focus on areas around education and gender empowerment.

“Vodacom believes that this platform will tap into the country’s proven ability to jointly work towards addressing society’s social ills. And of course, there is an amazing reward that all changemakers can stand a chance of winning by taking action in their communities,” Mokgwatsane says.