2017 Proves the Value of Your Collective Voice in Uncertain Times

From Brexit to snap elections, 2017 has been a turbulent year to say the least for British politics.

And in uncertain times the attraction of focusing within one’s own borders is often greater. Yet even amidst this turmoil, your actions have been heard by UK policy makers and business leaders, ensuring that fighting extreme poverty has remained on the mighty island’s agenda.

For a whip round of the best highlights of what your actions helped to achieve for the world’s most vulnerable, check out the below.

Take action: Theresa May Is Considering Policies to Win Over the Youth Vote — Let's Make Our Voices Heard

1. UK Set to Remain a Leader in International Aid

In 1970, a UN General Assembly resolution called on wealthy — or OECD — countries to commit 0.7% of their gross national income (GNI) towards development spending. This is an essential task if we are to end extreme poverty. More than three decades later, only six of the 35 OECD member countries meet that target. 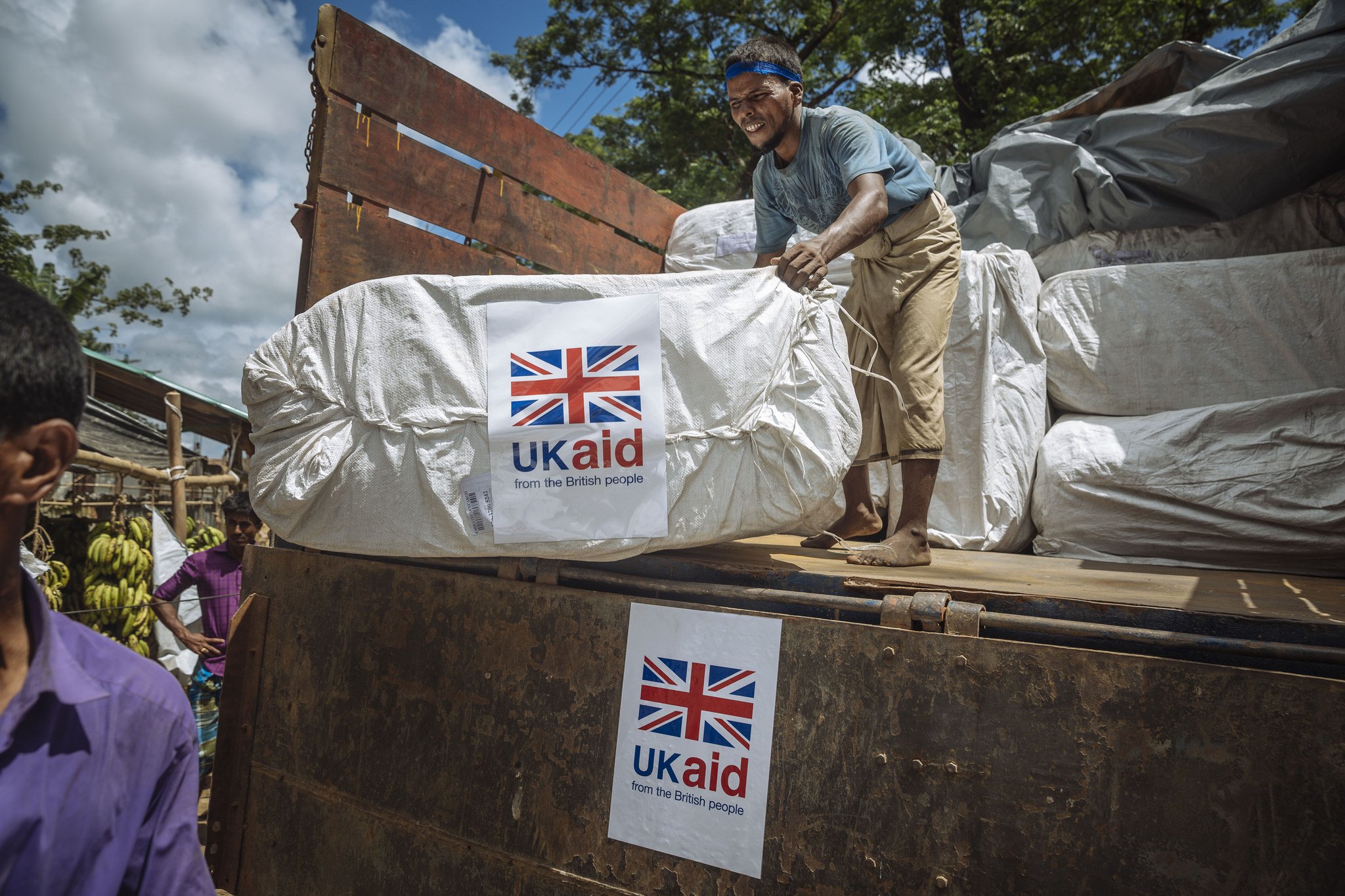 The UK looks set to remain one of those six however thanks to a campaign spearheaded by Global Citizen, ONE, Save the Children UK, UNICEF, CAFOD and other partners, demanding parties to commit to 0.7% in their manifestos ahead of the General Election in June. In the first 6 months of 2017, Global Citizens took more than 16,000 actions calling on party leaders and MPs to protect the international aid budget.

Despite major doubts of a successful outcome, every major party except UKIP committed to either maintain or increase the aid budget at 0.7% of GNI — including, critically, the ruling Conservative party.

For over a year Global Citizens, alongside the supporters of RESULTS UK and the One Last Push Campaign, signed petitions, sent emails and tweets — totalling 481,000 actions — to secure British commitment towards eradicating polio. On August of this year that collective persistence paid off. The then UK Secretary of State for International Development, Priti Patel, announced that the UK would commit £100 million of new funding for polio eradication.

This commitment will immunise up to 45 million children against the disease every year until 2020, saving more than 65,000 children from paralysis each year. With this new funding, the possibility that we could see the last ever new case of polio this year has crept significantly closer. If the world then goes without a new case of polio for three years, then the world could be certified polio-free in 2020. Sterling proof of the value of UK aid.

Brexit has brought with it many uncertainties, few of which have been resolved this year. Yet for producers in developing countries who had serious concerns that their livelihoods could be destroyed by Britain's exit from the European Union, there was a decisive and positive outcome in 2017, thanks in part to heavy collective pressure from Global Citizens. 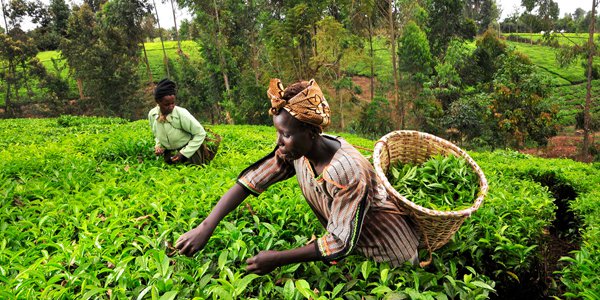 In June 2017, the UK government confirmed that free-trade deals already in place with developing countries will remain post Brexit. This was a vital confirmation as currently developing countries can sell their products tariff-free in the UK due to its membership to the European Union — meaning that more money goes straight to the producer that, in turn, helps build stronger economies in developing countries. In other words, Brexit threatened to slow the globe down on its path to ending extreme poverty.

Which is why more than 38,000 people signed our joint petition with the Fairtrade Foundation and Traidcraft, calling on the UK government to ensure that Brexit doesn't come at the expense of the world’s most vulnerable. This collective call was certainly heard.

4. Gender Equality Set to Be “Top Priority” at Commonwealth Summit

Almost 90% of countries have at least one legal difference restricting women’s opportunities, and several laws blatantly violate internationally recognised human rights. Tackling this major issue requires a broadscale global effort. So when the UK’s minister for international development, Alistair Burt, announced at a Global Citizen event in September that the fight against gender discrimination will be a “top priority” at the Commonwealth Summit in April of next year, the future brightened a bit.

As hosts of the 2018 summit, due to be held in London next year, Alistair Burt’s statement was a strong rallying call to all 52 member countries to end discriminatory laws and harmful practices against women once and for all.

“We can’t end global poverty or realise lasting peace and prosperity without empowering women and girls,” the minister said. “No country can afford to miss out on the economic, social, and political contribution of 50% of its population.”

We could not agree more and look forward to seeing the Commonwealth drive historic progress towards a more equal world.

5. UN Calls out Saudi Arabia for Crimes Against Children in Yemen

War broke out in March of 2015 in Yemen after a long-running political crisis in the country led to the overthrow of the president. Now with Saudi Arabia-backed militants fighting Iran-backed rebels, the conflict has in effect become a proxy war between two regional powers. The UN has described the war as”‘brutal,” with deliberate policies and tactics causing devastating consequences — with more than 10,000 people killed and 3 million forced to leave their homes. 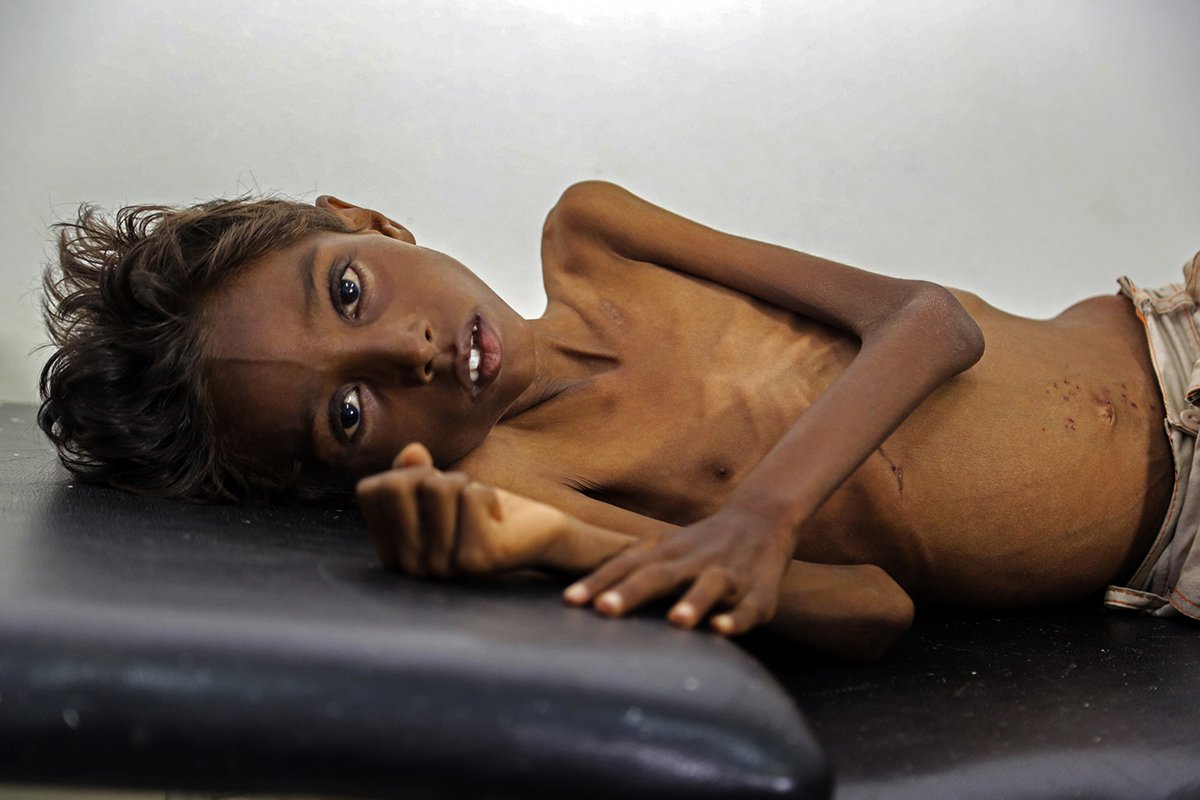 This humanitarian disaster has been dramatically worsened by a blockade imposed by the Saudi-led coalition, which has left the Yemeni population with limited access to food, fuel, medical supplies, and humanitarian aid. In addition to its imposition of a blockade, the Saudi Arabia-led coalition was found by the UN to be responsible for 60% of child casualties in Yemen.

In August Global Citizen joined forces with Save the Children to see Saudi Arabia and its allies called to account for killing and maiming children in Yemen by being named in the UN’s Annual Children and Armed Conflict Report. Previously, it was the only party to the conflict not to be named. The list is effectively a stigmatising “wake-up call” to all parties in the conflict according to Kevin Watkins, CEO of Save the Children.

Within weeks Global Citizens took more than 18,000 actions, tweeting and signing the petition calling on the United Nations Secretary-General Antonio Guterres to add Saudi-Arabia to the list. The collective cry was heard. The report, released in October explicitly outlined that the Saudi-led coalition's bombing of rebels in Yemen led to "the killing and maiming of children with 683 child casualties.” We wait to see the impact that this naming and shaming has.

6. Yazidi Justice, 3 Years in the Making

In 2014 ISIS militants attacked the Yazidi community in Northern Iraq, killing thousands and taking women and children as sex slaves. Nearly three years on more than 1,600 women and girls are estimated to still be held as sex slaves and are unaccounted for, while over 1,700 men and boys are still missing, according to the UN High Commissioner for Human Rights, and the Yazidis have still not seen justice.

The only realistic option for a case of this nature to be prosecuted, is for it to go to the international judicial body established by the United Nations in 1998: the International Criminal Court (ICC). For ICC referral, or even any kind of evidence building process to begin, the Yazidi people need a member of the UN Security Council or a state party to the Rome Statute of the ICC to step up — in other words, a country like the UK.

Over the course of an 18 month campaign to achieve justice for the Yazidi genocide, Global Citizens took over 100,000 actions to help kick start the process of building and prosecuting a case against ISIS. Finally at Global Citizen Festival 2017 much needed critical progress was secured, three years after the genocide occurred. UK Permanent Representative to the UN, Matthew Rycroft, announced on stage that the UK led the UN Security Council to a unanimous vote to set up a UN Investigation Team to pursue justice for the Yazidis. The UN resolution on ISIS accountability was described as a “long overdue first step” by the UN Office for the High Commissioner on Human Rights.

Read more: This Yazidi Survivor Wants Isis to Pay for Its Crimes — And the UK Is Leading the Charge for Justice

In October 2016, Global Citizens sent 10,000 emails to the then Secretary of State, Priti Patel, calling on her to extend funding for the Girls’ Education Challenge — a programme that helps the world’s most vulnerable girls get a quality education. 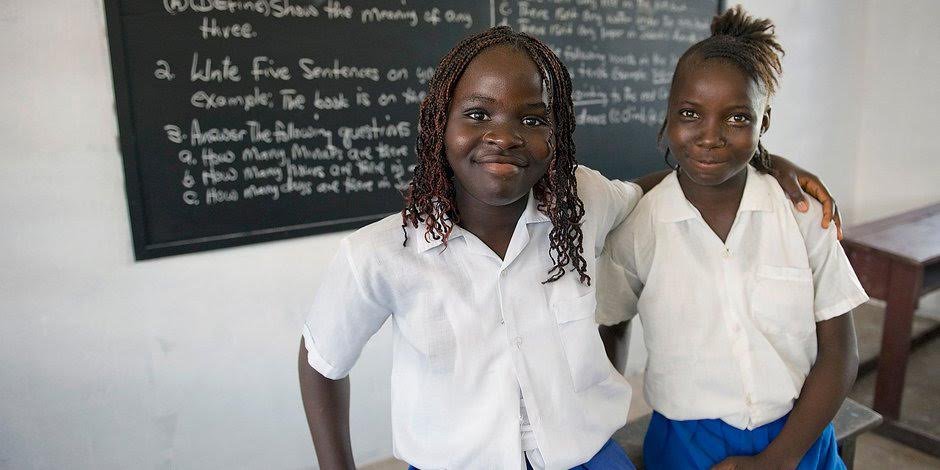 Three months later, in January 2017, it was announced in the House of Lords that the UK government had committed to extending the fund. The Girls’ Education Challenge aims to provide some of the most marginalised girls in the world gain a quality education, and has since it was started in 2015, has reached 2.2 million girls around the world. This extra funding will make sure the programme is fully funded  so that the UK can continue this transformational, and often life-saving, interventions.

Global Citizen is building a movement of people who are engaged in the world, knowledgeable about its issues, and passionate about change. You can join us by taking action here.