Zero. Zip. Zilch. MPs from every major party have criticised the government for "dragging its feet". 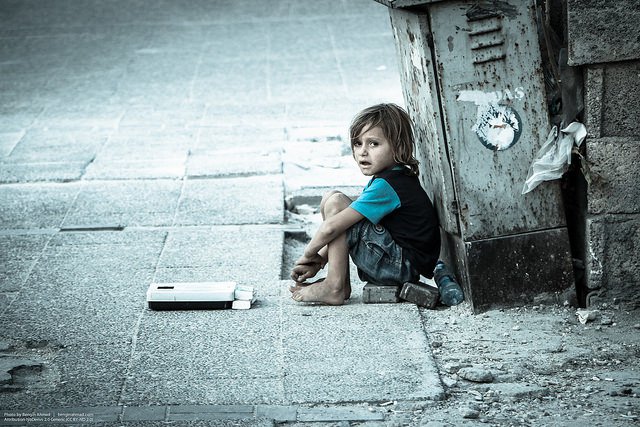 The UK has not taken in a single extra unaccompanied child refugee under the Dubs amendment so far this year.

The revelation has received wide condemnation across every major political party, as accusations have been levelled at the UK government for “dragging its feet”.

Dubs Scheme should be reopened to protect refugee children who live alone in refugee camps. Let's not leave them in the hands of smugglers. pic.twitter.com/erSFNWYHZW

The issue was brought to attention by ex-Liberal Democrat leader Tim Farron. In the House of Commons, an MP can apply to ask an"urgent question", which, if accepted by the Speaker of the House, means the relevant government minister must attend the Chamber to answer the query. In this case it was Brandon Lewis, the immigration minister, who had to face the music.

"I know of two young people who signed a consent form to be transferred under Dubs over a year ago, they are still stuck in Greece," Farron told the Commons. "The horrific truth is that the longer this goes on, the more likely these children will go missing and fall into the evil hands of traffickers... Will this government step up or continue to ignore the plight of these desperate children?"

Lewis defended himself as he announced plans to visit Greece and Italy in person next week to speed up the process, and reiterated former Prime Minister David Cameron’s pledge that 20,000 Syrian refugees would be resettled by 2020. However, reports indicate that the government is far from meeting its targets.

The government fails to even meet half of its mean-spirited target of offering sanctuary to just 460 unaccompanied child refugees @timfarronpic.twitter.com/AhZWY0EUfz

The Dubs scheme was initially set up to offer sanctuary to 3,000 unaccompanied child refugees with British family connections. However, that number was slashed to just 350 earlier this year. But these new revelations reveal that the UK government has failed to even meet a reduced target.

Lord Alf Dubs, a former child refugee, secured the amendment to the Immigration Act in April 2016. Last year only 200 children were transferred from the Calais “jungle” camp, and 280 local authority spots remain to be filled, according to the Guardian.

“It’s unacceptable that we have seen no children brought under the Dubs scheme this year,” said Lily Caprani, from UNICEF UK. “We are seeing too many children still having to make dangerous journeys to reach safety. It’s time for a sustainable solution. The government must change the UK family reunion rules so that children do not have to attempt to reach Europe to be reunited with loved ones. This simple move would save lives.”

Since 2010, the number of unaccompanied child refugees worldwide has more than quadrupled. According to a recent UNICEF report, there are 300,000 children seeking refuge, but it’s just “the tip of the iceberg”. The UK must step up to protect the most vulnerable — and, at the absolute bare minimum, honour previous promises made. The wait has already been too long.