The target was to accept 3,000 unaccompanied minors. 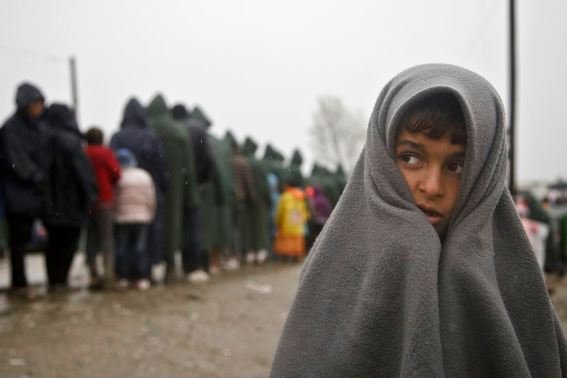 The UK government has announced that only 350 unaccompanied child refugees will be accepted into the country under the arrangement set up by the “Dubs” scheme.

The scheme was named after an amendment to the Immigration Act proposed by Lord Alf Dubs, a former child refugee who arrived in the UK on the Kindertransport during the Second World War. Three thousand unaccompanied refugee children were expected to be accepted into the UK under the agreement, however, the plan will stop short at just 350.

“The UK can be proud of its record helping refugee children and I can today announce, in accordance with section 67 of the Immigration Act, that the government will transfer the specified number of 350 children pursuant to that section, who reasonably meet the intention and spirit behind the provision.”

The quiet announcement has sparked outrage amongst those who campaigned for the scheme to be introduced.

According to the BBC, Lord Dubs has described the decision as "shameful."

"Britain has a proud history of welcoming refugees," he said. "At a time when Donald Trump is banning refugees from America, it would be shameful if the UK followed suit by closing down this route to sanctuary for unaccompanied children just months after it was opened."

"During the Kindertransport, Sir Nicky Winton rescued 669 children from Nazi persecution virtually single-handedly. I was one of those lucky ones. It would be a terrible betrayal of his legacy if as a country we were unable to do more than this to help a new generation of child refugees.

Judith Dennis, policy manager at Refugee Council said: “The UK needs to step up rather than step back and ensure that we pull our weight by offering refuge to more vulnerable people and enabling more refugees to reunite with their families here.”

Labour MP Yvette Cooper, who was a vocal leader in the campaign for the Dubs amendment and the current chair of the Home Affairs Committee, has condemned the decision:

By ending the #Dubs scheme in this shoddy way the government has betrayed these vulnerable children & has betrayed British values. pic.twitter.com/ejEb1u2me8

Citizens UK, who worked with faith leaders and grassroots communities to help push through the amendment, have launched a petition to reverse the decision.

Europe’s attitude toward refugees may have been eclipsed by news across the Atlantic, but the UK’s latest decision is a shocking move at a time when tens of thousands of refugee children are still in need of safety within Europe’s borders.