UK Will Ban All New Petrol and Diesel Cars by 2040 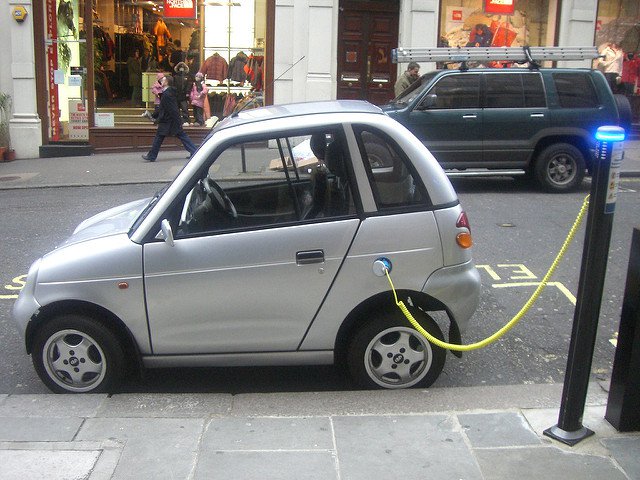 The UK has announced new measures to ban all new petrol and diesel cars from 2040, as part of a £3 billion plan to tackle air pollution.

The announcement follows a pledge from French President Emmanuel Macron earlier this month that France will also ban the sale of cars dependent on fossil fuels by 2040 to transition to a carbon-neutral society by 2050.

But is Britain really moving towards a more eco-friendly future? The reaction on social media was mixed.

Britain bans sale of petrol and diesel cars from 2040. The world is changing. Businesses that don't keep up don't have much of a future.

Previously, the move had just been an “ambition” for the Conservative government.

The new approach will involve £255 million in local council funding to “come up with an imaginative solution” to illegal levels of the pollutant nitrogen oxide. This could mean anything from cleaning up public transport services to reprogramming traffic lights.

Outdoor air pollution has been linked to 40,000 premature deaths in the UK every year, according to the Royal College of Physicians. The economic cost is estimated at over £20 billion a year — in one recent year, this included £2.7 billion is lost productivity. The carbon emissions also contribute to the greenhouse effect, which surges the process of climate change into fast forward.

“We have to get rid of petrol and diesel cars off our roads if we’re going to make sure not only we deal with the health problems that air pollution causes, but also that we meet our climate change targets,” said Michael Gove, the Environment Secretary, “and the good news is that the car industry is already moving in this direction.”

Gove refers to Swedish car company Volvo, who have pledged to prioritise the production of electric cars. Volvo will only build electric cars from 2019 onwards, whilst BMW plan to build all models of its fully electric Mini within the UK.

However, some activists have protested that the announcement is just a “smokescreen” to distract from the absence of quicker, more comprehensive solutions. Notable omissions from the plan includes a vehicle scrappage scheme to actively reduce diesel powered engines on the road and a mandate for councils to charge the worst polluting vehicles before entering cities.

Fear that new car petrol/diesel ban in 23 years time is smokescreen for weak measures to tackle 40,000 deaths a year from air pollution now.

“We cannot wait nearly a quarter of a century for real action to tackle the public health emergency caused by air pollution,” said Areeba Hamid from Greenpeace UK. “It means that children across the UK will continue to be exposed to harmful air pollution for years to come, with potentially irreversible impacts.”

The UK government's flagship announcement follows a draft strategy set out in May that was criticised by environmental lawyers for being “weak” and “woefully inadequate”. The High Court sent it back, and ordered the government to produce better plans by July 31.

The end of the road might be in sight for petrol and diesel cars in the UK. But Gove’s responsibility to protect the future of the environment must stretch further. He has so far remained quiet on the Global Citizen campaign to halve the 88 million tonnes of food wasted within EU members states before 2030. Until Britain negotiates its exit from the EU, it still has influence — and it’s vital that Gove supports the 70,000 people who have backed the food waste campaign to make these targets law.

Sign our petition now, and send Gove an email asking for his support.