Transgender individuals will not be allowed to serve "in any capacity" in the US military. 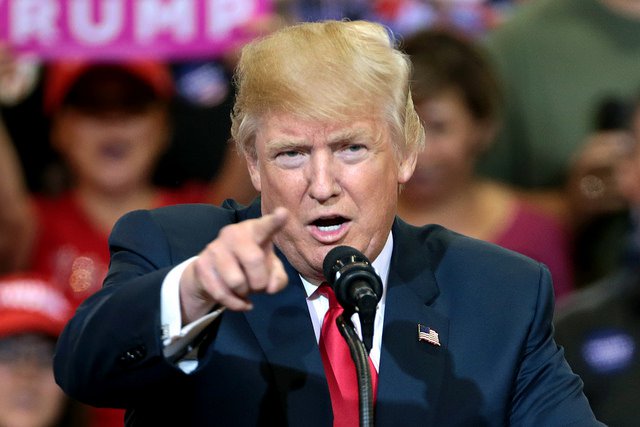 In a series of tweets Wednesday morning, US President Donald Trump announced a new ban on transgender people serving in the military.

After consultation with my Generals and military experts, please be advised that the United States Government will not accept or allow......

....Transgender individuals to  serve in any capacity in the U.S. Military. Our military must be focused on decisive and overwhelming.....

....victory and cannot be burdened with the tremendous medical costs and disruption that transgender in the military would entail. Thank you

“After consultation with my Generals and military experts, please be advised that the United States Government will not accept or allow Transgender individuals to serve in any capacity in the U.S. Military,” Trump wrote on his personal Twitter account. “Our military must be focused on decisive and overwhelming victory and cannot be burdened with the tremendous medical costs and disruption that transgender in the military would entail.”

Take Action: No Child Should Miss Out Because of Gender, Ethnicity or Disability

This announcement comes just over one year after the Pentagon struck down a ban on transgender men and women serving openly in the military.

“Our mission is to defend this country, and we don’t want barriers unrelated to a person’s qualification to serve preventing us from recruiting or retaining the soldier, sailor, airman or Marine who can best accomplish the mission,” Defense Secretary Ashton Carter said at the time.

Carter implemented a one-year waiting period from the time of his announcement before military branches were to begin accepting trans recruits, but on the eve of that deadline, July 1, current Defense Secretary James Mattis issued a six-month delay, apparently to “study the issue more,” according to The Hill.

Now, it seems as though the Trump administration is looking to backtrack on Carter’s ruling altogether.

An estimated 0.1% of the more than 2 million active and reserve members of the Military identify as transgender, according to the Los Angeles Times.

According to The Hill, there are already 250 openly trans people serving in the military who could be caught in the middle of the policy change.

Commenters on Twitter were quick to respond to Trump’s announcement:

I know transgender service members and vets who have done more to serve their country than @realdonaldtrump has in his entire life.

SHAMEFUL. This harms military readiness and puts lives at risk. There are more than 15K active serving #transgender troops. https://t.co/ozWttSu9hi

Thousands of trans service-members on the front lines deserve better from their commander-in-chief, @realDonaldTrump. Contact the ACLU. pic.twitter.com/tr9YroUrKo

The president has, in the past, vowed to uphold the rights of the LGBTQ community. In January the White House released a statement saying, “President Trump continues to be respectful and supportive of LGBTQ rights, just as he was throughout the election.”

However, in February, Trump revoked an Obama-era letter that prohibited discrimination based on sexual orientation in schools.

Trump’s announcement also comes as the state of Texas has re-opened discussion on a controversial “bathroom bill” that would require transgender individuals to use the bathroom that corresponds with the gender assigned to them on their birth certificate, as opposed to the gender they identify with.

The Department of Defense released a statement referring all questions regarding the proposed ban to the White House.

“We will continue to work closely with the White House to address the new guidance provided by the Commander-in-Chief on transgender individuals serving in the military,” Capt. Jeff Davis, a spokesman, said in a statement, according to ABC News.

Global Citizen will update this story as more information appears.