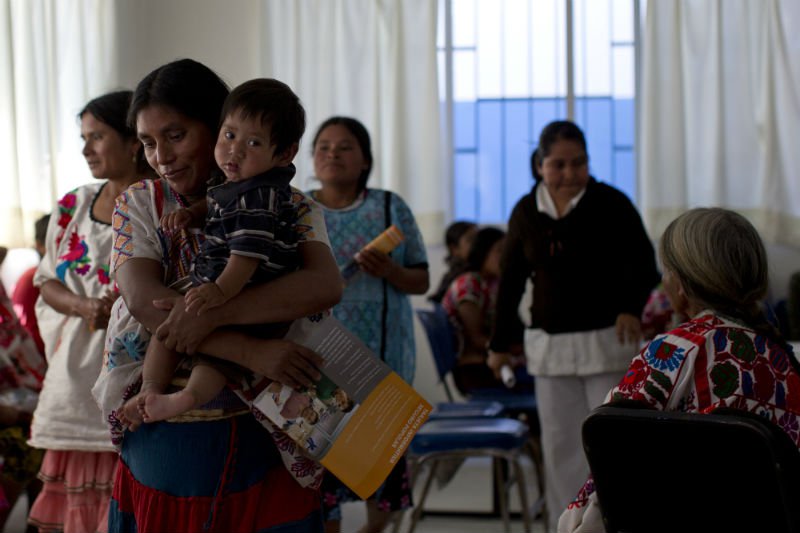 The US has vastly expanded its Global Gag Rule policy, from $600 million to $8.8 billion in funds that can’t go to any healthcare provider that even mentions the word “abortion,” even if it doesn’t offer the service itself.

The new policy was announced Monday by the US State Department.

The Global Gag Rule was first enacted by Ronald Reagan in 1984 to deny funding to overseas family planning organizations that are associated with abortion. The policy was last in effect during George W. Bush’s presidency, and Donald Trump’s administration revived it soon after coming into office.

As Global Citizen previously reported, the US doesn't provided funding for abortion in any part of the world, and yet the global gag rule has routinely cut off US funding for any group that even mentions the word with their patients, even if the group isn’t providing abortions, even if abortion is legal in the country where it operates, and even if thousands of women’s lives depend on the health clinic for other life-saving care.

The expanded measure puts $8.8 billion in funding at risk, a more than 14-fold increase that covers organizations far beyond family planning and women’s health.

In the updated policy, nearly all international health programs are affected, including those that focus on HIV/AIDS, maternal and child health, malaria, global health security, and family planning and reproductive health, according to a statement from the State Department titled “Protecting Life in Global Health Assistance.”

“This egregious expansion puts millions more lives at risk, including those living with HIV and AIDS,” said JoDee Winterhof, Human Rights Campaign Senior Vice President for Policy and Political Affairs, in a statement. “Withholding US aid as a tool to limit anyone’s access to health is simply un-American and stands in direct opposition to our country’s role as a global leader for democracy and human rights.”

Even the President’s Emergency Plan for AIDS Relief, PEPFAR, which had been explicitly protected in earlier iterations of the global gag rule, will be affected. More than half of the countries that receive health aid are in Africa, and 37 of these countries allow an abortion in at least some circumstances, which is grounds for the elimination of funding, according to Devex.

“Whether through willful ignorance or an utter disregard for the lives of the world’s most vulnerable women, the Trump administration continues to trample on progress without even the semblance of strategy. It is especially disappointing to see the administration continue to push policy driven by ideology instead of evidence,” said Dawn Laguens, Planned Parenthood Executive Vice President, in a statement.

Ironically, the latest version of the global gag rule coincided with a rise in abortions in 20 countries in Sub-Saharan Africa, showing that when women are denied fundamental health services like access to contraceptives, more unplanned pregnancies occur, and women still seek out abortions, just in risky circumstances.

"We know that when family planning services and contraceptives are easily accessible, there are fewer unplanned pregnancies, maternal deaths, and abortions,” said Sen. Jeanne Shaheen in a statement following the State Department’s announcement. “Yet the Trump administration has chosen to ignore decades of research in favor of an ideological crusade that cuts off vital family planning services.”

Global Citizen has campaigned to help increase aid to women’s health globally through the #SheDecides campaign. The campaign has helped countries commit $840 million to women’s health around the world between commitments from Canada and other countries. You can take action here.