Polio is on its way out...and we are happy to see it go!

If you blink you could miss it. Building upon the successes of a polio-free India and Africa,  the world is giving polio another major kick in the tush. Over the span of the next two weeks (April 17-May 1) the world will collectively stop using the current oral polio vaccine and change to a new one. The operation is nicknamed ‘the switch.’

This is no small feat. If successful, this switch will mark the first time in history the world has ever introduced a vaccine so quickly and throughout so many countries.

The 155 countries embarking on the switch will shift from the trivalent to bivalent oral polio vaccine. In other words, the new vaccine will protect against just two polio strains, instead of the current three. 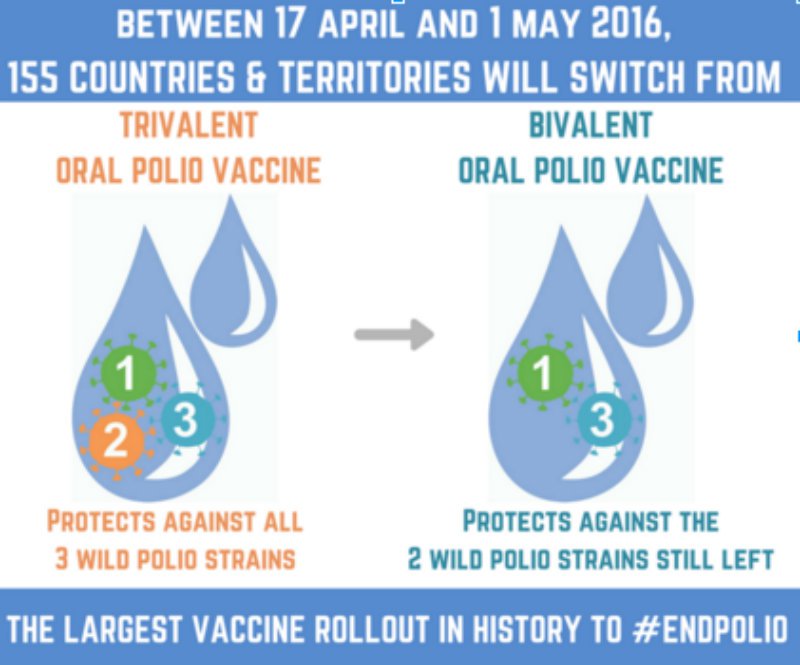 No need to panic - removing the type 2 strain of polio actually makes the vaccine more efficient and safe to administer.

If you’re confused, here’s why that is:

Type 2 polio was eradicated in 1999. However, in extremely rare cases, the live weakened strain of the virus contained in the vaccine can mutate and spread, causing vaccine derived polio. By making this switch, 90% of vaccine-derived polio cases will be eliminated. 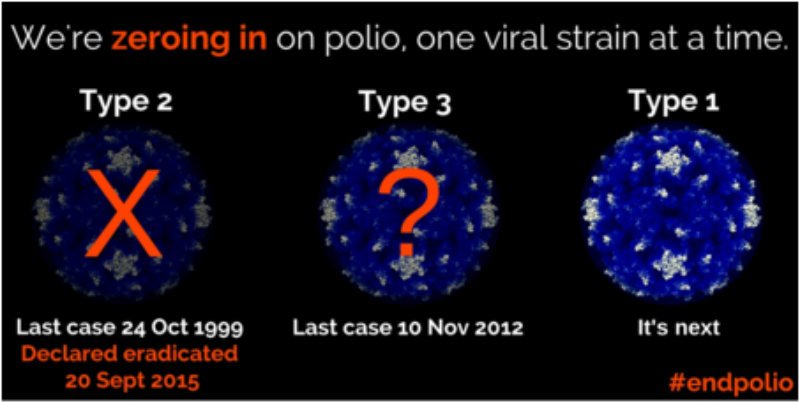 With only nine reported cases of polio this year in the last two remaining endemic countries, Pakistan and Afghanistan, the world is the closest it has ever been to fully eradicating polio. Just this month, the World Health Organization announced polio could be wiped out within the next twelve months. Making the switch from the trivalent to bivalent oral polio vaccine should move the world even closer to this goal.

The world is so close to fully eradicating polio in large part because of the dedication of national governments, Global Polio Eradication Initiative and its partners, Rotary International, donors, community leaders, and health workers whose coordinated efforts have led to 2.5 billion children already immunized against polio.

Polio is already 99.9% eradicated. With continued persistence and financing, the global community can make sure that, in our lifetime, no child has to suffer the debilitating consequences of polio. The switch will get us closer than ever to reaching the last .01%. 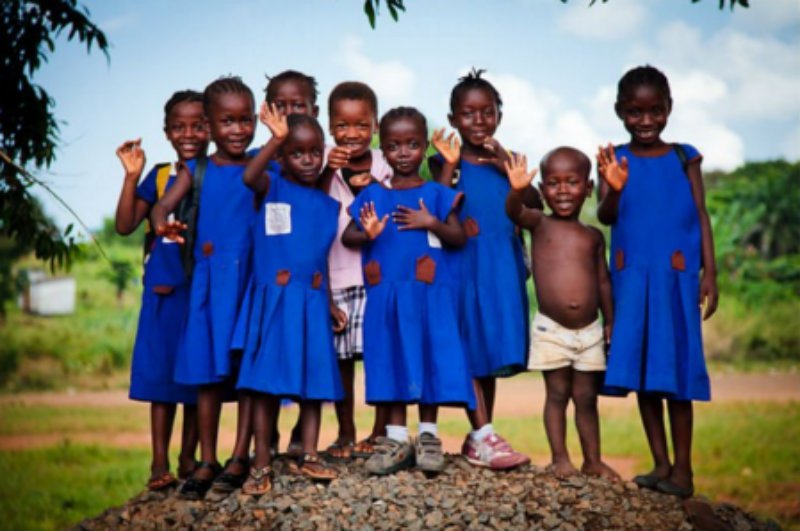 To learn more, watch this short video produced by the World Health Organization.