5 Times Taylor Swift Showed Her 'Reputation' as a Global Citizen

The singer continues to use her voice to fight for a better world. 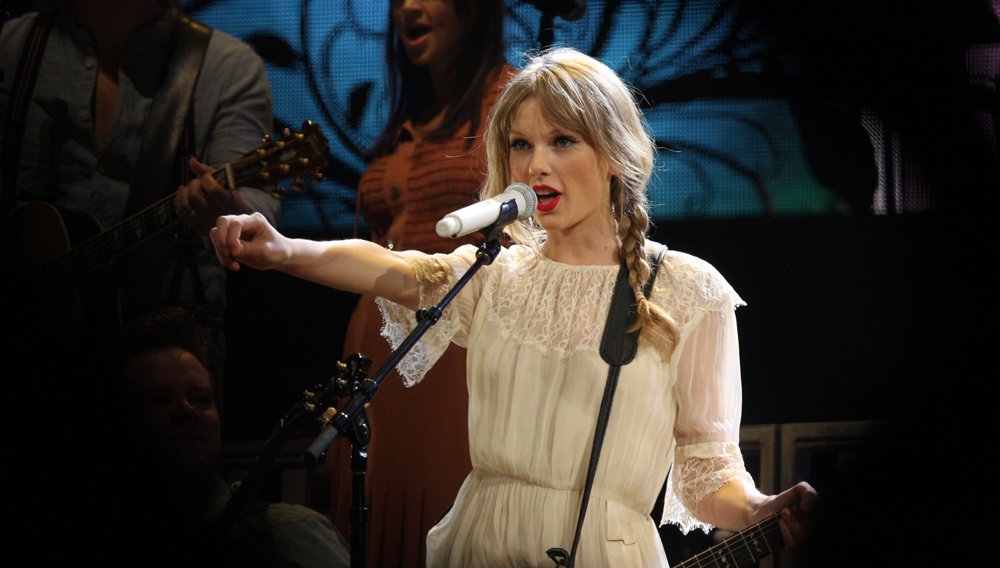 At 27, the American singer has made a name for herself with some of the most recognizable and catchy pop tunes of the last few decades. But her relatable lyrics about nasty breakups sung over danceable beats aren’t the only reason we at Global Citizen are obsessed with T-Swift.

Here are five times when Taylor Swift was a Global Citizen:

1. That time when she donated her musical proceeds to help preserve wildlife in Africa:

In 2015, Swift released the music video for her hit song “Wildest Dreams,” in which the singer stages a faux movie filming in the African Savannah. There are lions, elephants, giraffes, and, of course, Swift crooning about the pains of unrealized love.

In an act of exemplary Global Citizenship, Swift pledged to donate all of the proceeds to her video to the African Parks Foundation of America, a nonprofit dedicated to conserving and preserving national parklands in Africa.

2. When she used her platform to be an advocate for sexual assault awareness:

Many of Swift’s fans and anybody who reads the news are probably familiar with at least some of the details of herlawsuit against Denver DJ David Mueller. The pop star accused the DJ in 2013 of groping her during a photoshoot, an accusation that eventually caused her to be sued by Mueller for defamation, after which she countersued.

Swift was eventually vindicated in court when the jury ruled that Mueller did, in fact, grope her.

Swift took an active role in these trials, using them as a public platform to bring awareness to the issue of sexual assault against women everywhere. “My hope is to help those whose voices should be heard,” Swift reported in a statement delivered in the courthouse. She tied her case in with other victim’ by thanking “anyone who feels silenced by a sexual assault,” pledging afterwards to make donations to organizations who assist those affected.

3. The time she contemplated another career to make a point about the importance of literacy:

What if the beloved T Swift was not a singer/songwriter, but instead an author/playwright? That was the question Swift posed to young students of New York public schools when she teamed up with Scholastic to deliver a message about the need for greater literacy among children everywhere.

"What if I end up writing a script or a book, or a book of poetry or something? That would be so amazing. I would love to see that happen." Swift wondered, noting the similarities between writing songs and other types of writing.

Additionally, Swift announced later that she would donate the proceeds of one of her songs to New York City public schools, proving that her dedication to education and literacy go beyond words — sung, spoken, or written.

At the 2012 Nickelodeon Kids’ Choice Awards, Michelle Obama presented Swift with the TV station’s “Big Help Award,” while also making a prophetic claim that the singer was likely to “keep making sparks fly for all of us in the years ahead.” Though Swift was only 22(!) years old when she took the stage with the First Lady, she had amassed an impressive resume of charity and activist work in addition to her commercial musical success.

From helping children’s charities, to combating bullying, to helping victims of tornados and floods, Swift certainly deserved the recognition she was given for being a continuous advocate of positivity across a global community.

5. When she bottled tap water from her house to advocate for global clean water access:

Maybe the secret to Swift’s power is in the water she drinks. True or not, fans were thirsty for the chance to win Swift’s and other celebrities’ home-bottled water as part of a UNICEF initiative called Tap Project.

Aimed at raising funds to improve access for hundreds of millions of people who lack access to clean tap water, the Tap Project and Taylor Swift garnered large donations by offering lucky contributors the chance to win the coveted “Celebrity Tap Pack.” Rihanna and the late Robin Williams also participated in this initiative, putting Swift in the company of other global activists and respected celebrity philanthropists.