This bicycle library is raising literacy rates in Afghanistan

Every weekend, the children in Afghanistan cannot wait to welcome this school teacher! 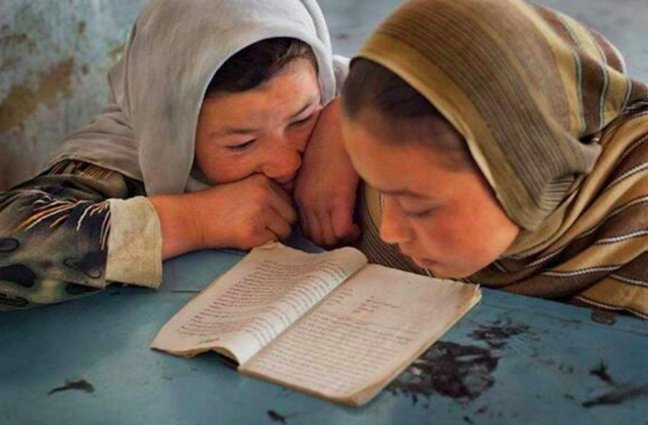 Every weekend, the children in Afghanistan cannot wait to welcome the teacyher Saber Hosseini!

In Afghanistan, access to education is obstructed by a lack of resources and this is especially true in rural areas where the nearest school may be hours away. Saber is trying to change this unfair reality with his “bicycle library” that offers  children in these communities the opportunity to access a world of knowledge.

Literacy is one of the most accurate measures for predicting a child’s future. Unfortunately, where a child grows up often decides her access to education.

Saber is a schoolteacher in Bamiyan, the capital of the Bamyan province in central Afghanistan, which is one of the most poorest provinces in one of the poorest countries. Its mountainous geography and barren land often make education inaccessible...but that doesn't stop Saber!

#MyAfghanHero is Saber Hussaini, man who runs his own children's mobile library for 5 #Bamiyan villages pic.twitter.com/Vp5V7soZbt

Many schools were destroyed through the violence of the past several years and children from remote villages were often forced to drop out, reversing earlier educational progress that had been made.

Saber came up with the idea for a bicycle library six months ago. After conversations with friends in literary circles, Saber was able to raise enough money to purchase 200 books. Working with volunteers, Saber traveled to the Iran border to purchase most of the library’s books because the publication of books in Afghanistan is severely limited.

Now six months later, through the support of communities and people around the world, the library has grown to 3,500 books and Saber has even opened the first public library in Bamiyan.

The literacy rate is on track to rise again all because because of a library stationed in a box on one man's bicycle.

In the beginning of the project, Saber admits that he and volunteers would choose simple books, but now many of the children are able to read more advanced ones. The library has become so popular that some of adults are even using the library service and checking out advanced level children's books.

Each time he visits a community, Saber speaks to the children about an important topic. He most commonly speaks of peace, the dangers of drugs, and the need for tolerance between people with different beliefs or cultures.

One time, he spoke to children about guns, and used the slogan “say no to guns, say yes to books.” The next time he returned to the same village, the children collected all of their toy guns and handed them over to Saber. This was a heartwarming gesture, but the kids wanted to bargain: they would forfeit their guns if they could be the first village in the next round of book deliveries so that they could get the first pick.

Saber has brought joy to many communities, but there are costs to his endeavor. He has received many threats and many have opposed his caring works. Even still, Saber continues to make room for the opportunity to learn. A library is more than just a pile of books, it is also a community of individuals willing to learn and discuss and grow.

Saber makes this library possible with his little bike, but in Afghanistan a bike is actually commonly seen as a negative object. The Taliban used to use bicycles in their bombing techniques, but Saber is rehabilitating the image and reassociating it with practicality and fun.

"When I hand the books out to them, I can see their excitement and joy,” Hosseini said. “It is the joy of being able to learn. I am also inspired.”

The power of education is something we should hold on to just like Saber did and still does.