Syrian refugee Bashar al Jaddou, center, is interviewed while sitting with his wife Maryam, second from left, and their children twins Maria, left, Hasan, center, and Mohammad word at their apartment in Dallas, Texas on Nov. 29, 2015.
LM Otero/AP
Citizenship

The "Temporary Protected Status" was stripped from Haitian and Salvadoran immigrants.

More than 7,000 Syrian citizens will be allowed to stay in the United States for another 18 months under a special amnesty program, according to White House officials who spoke with the Associated Press.

But no new applicants from Syria — a country that has been devastated by an six-year civil war — will be accepted once the program expires in March, according to the AP.

The decision to allow Syrians already in the US to stay bucks a pattern of the White House rescinding the “Temporary Protected Status” from large groups of immigrants.

In November, 59,000 Haitian immigrants who had received the status after the 2010 earthquake had their status revoked and will be deported by 2019.

Then earlier this month on Jan. 8, up to 250,000 Salvadoran immigrants learned that they could face the same fate.

The extension of the status for Syrian citizens comes as a relief for the families who had been shielded from returning back to their war-torn country, according to Reuters.

The White House is also expected to announce that Syria is a country that’s safe to return to, despite the fact that the war continues, the economy is barely functioning, much of the infrastructure throughout the country has been destroyed, and the government has a history of detaining, torturing, and killing people who have opposed the war.

The Syrian war has been going on for more than six years, killing nearly 500,000 people, and displacing more than 11 million.

There are currently around 18,000 Syrian refugees in the US, but only two were accepted in 2017, largely because of the travel bans enacted by the Trump administration. 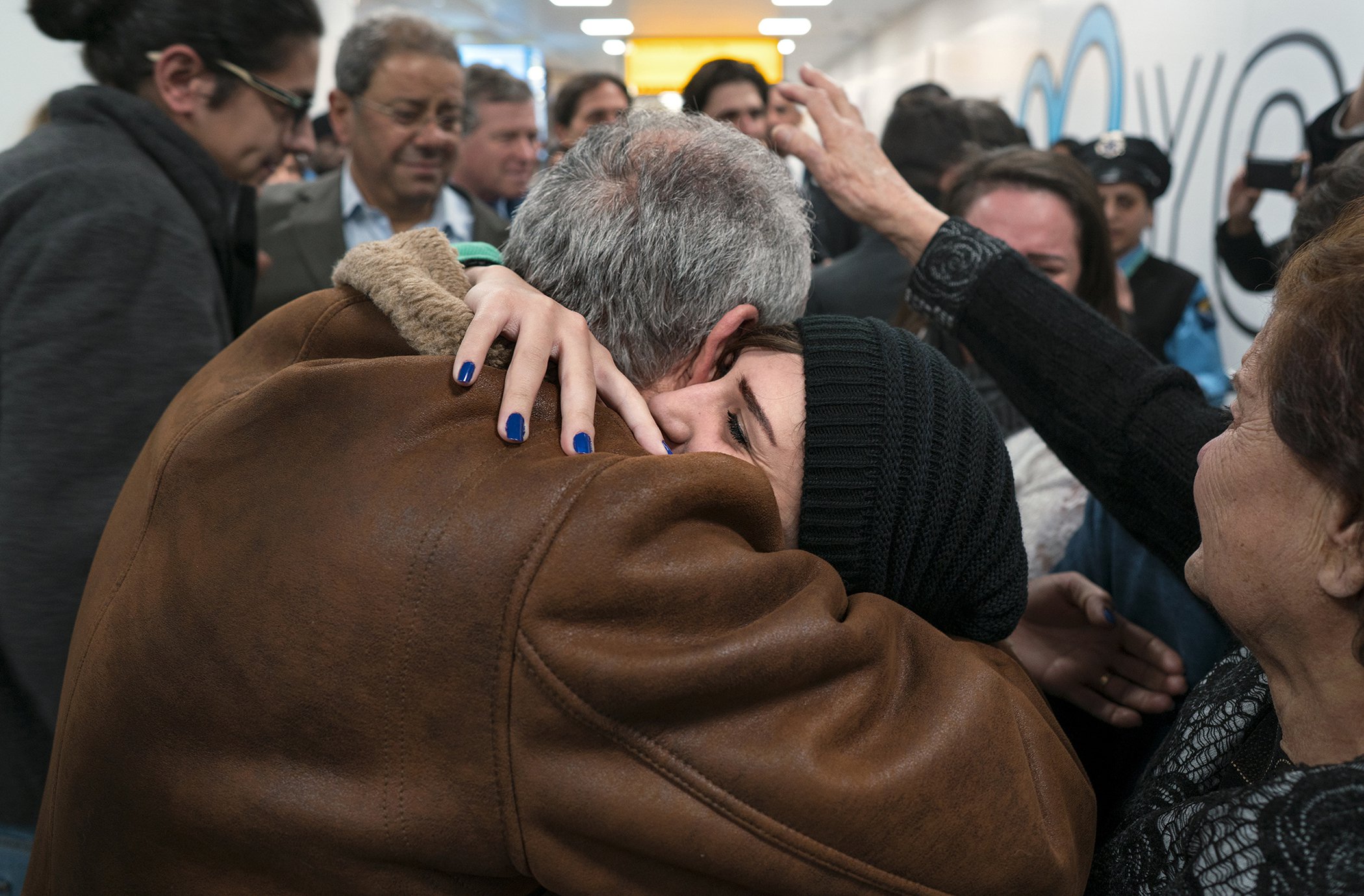 Family members who have just arrived from Syria embrace and are greeted by family who live in the United States upon their arrival at John F. Kennedy International Airport in New York on Feb. 6, 2017.
Image: Craig Ruttle/AP

As far as the Travel ban goes, the Trump administration also recently lifted restrictions on the 11 countries that had been targeted throughout 2017. Instead of being banned, immigrants and refugees from these countries will face heightened scrutiny.

The US already conducts a rigorous vetting process for refugees that can go on for years as backgrounds are investigated.

Read More: Trump Talked About the Visa Lottery System. Here Are the Facts

Immigrants, similarly, face a rigorous vetting process before being awarded a green card.

New details for the vetting process will be announced in the weeks and months ahead, according to Time.

Global Citizen campaigns on compassionate and fair laws around immigration and refugee resettlement. You can take action on this issue here.