Before you say no to refugees, here are 8 debunked myths

It's a good time to think rationally. 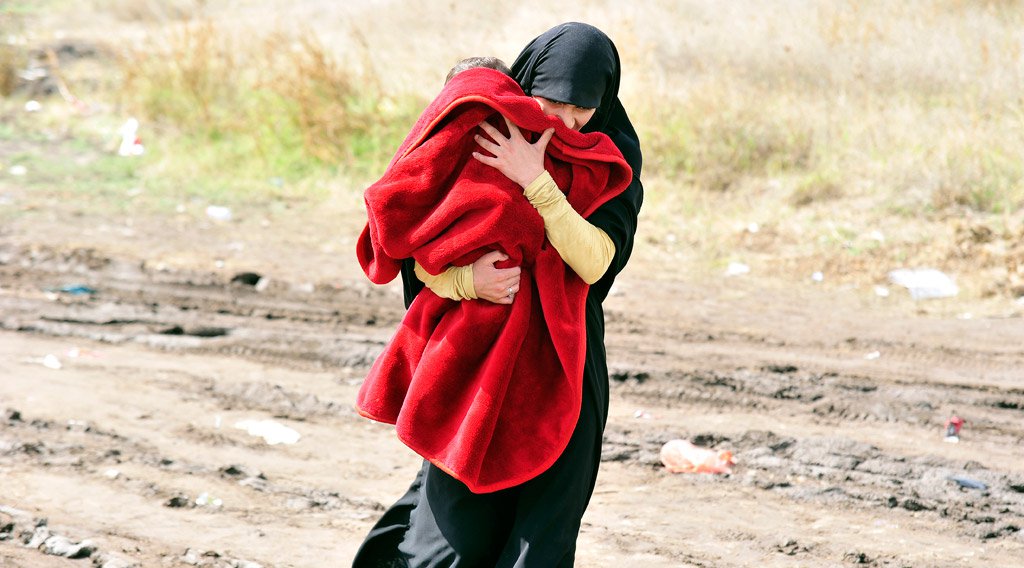 After the recent terrorist attacks in Paris, political conversations quickly turned inward, centering on the question of Syrian refugees.

Should refugees be admitted into safe countries?

In rapid succession in the US, governors and presidential contenders announced that refugees would not be welcome, that the US could not risk an attack on its people.

The speaker in the House of Representatives, Paul Ryan, summoned enough votes for a bill that would sharply restrict the eligibility of refugees to settle in the US.

In the past week, I’ve listened to speeches, soundbites and radio call-ins; I’ve read Facebook posts, Tweets and op-eds; and Global Citizen has written a lot about the topic.

Amid all the noise, I heard a lot of misconceptions that muddied the conversation.

So here are 8 myths (or just bad arguments) that should be debunked:

1/ MYTH: Terrorists are posing as refugees to infiltrate the US

Terrorists are not posing as refugees to infiltrate the US. This has not happened and it won’t happen. The barriers that have been put in place are simply too steep. Unlike in Europe, the refugees from Syria and North Africa can’t scramble onto an overcrowded, plastic dinghy to enter the US outside of officially sanctioned routes. It is impossible. There’s an ocean in the way.

While in theory it is more likely that a terrorist could blend in with a crowd of refugees and migrants slipping into Europe, this is also unlikely. The possibility is probably in the realm of 1 in 10,000 or 100,000.

The terrorist attacks in Paris were carried out by homegrown terrorists who were influenced by radicals.

If a terrorist wanted to enter the US, posing as a refugee would make it nearly impossible.

2/ MYTH: The US does a bad job of vetting refugees

The US has a very strict and thorough vetting process to determine if a Syrian refugee poses a threat. The average time it takes to be processed is 18 months to 24 months. That’s time spent in a refugee camp or some other temporary location. During this time, they are thoroughly scrutinized. Their life is rigorously analyzed. If evidence links a refugee to a terrorist--no matter how arbitrary or peripheral--he or she will be denied entry.

Even before a refugee is presented to overseas US processing centers, the United Nations screens them first. The UN gives priority to orphans and households headed by women. Even then, it only sends the most easily screened or vulnerable candidates because they know how prohibitive the US has been. 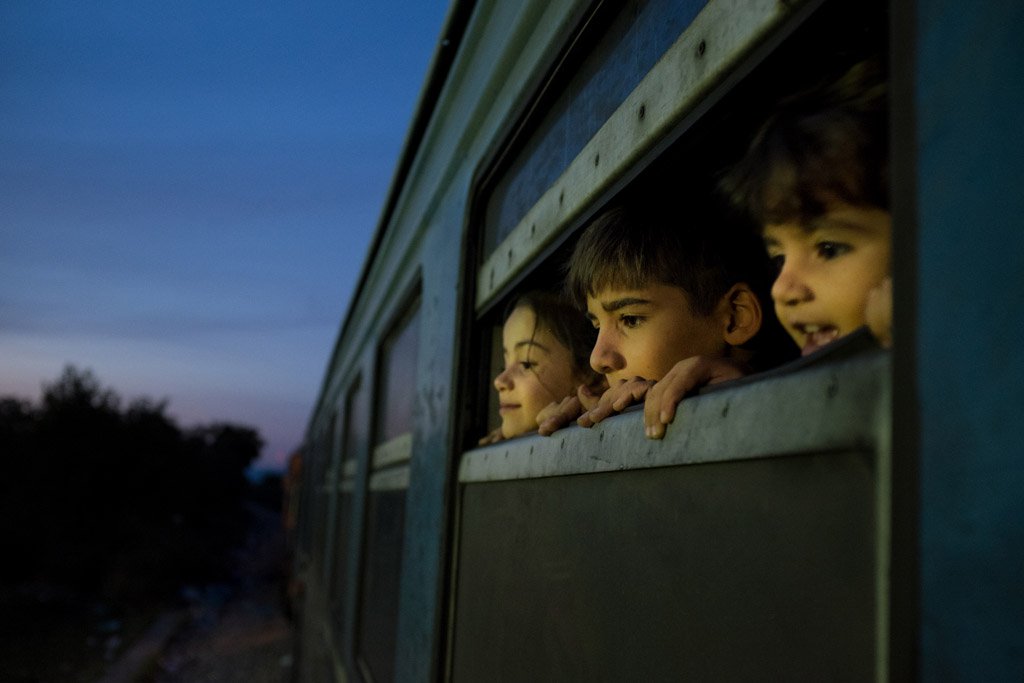 And if and when a refugee’s application is approved, he or she will be monitored in the US.

In my opinion, the US’s current process is way too strict. These are refugees! Not murderers! They’re being persecuted! They need help today, not in 2 years. Even if someone's family member became affiliated with terrorists, it does not mean the family is filled with terrorists. This is bad and dehumanizing logic. Yet, it’s the logic that keeps otherwise legitimate refugees stuck in a system that can grind on for years and years.

After the Vietnam War unraveled various countries, the US initially rejected groups who were being persecuted.

Such a moral error cannot happen again.  Ultimately, the US turned around to accept 1.5 million applicants from the nations impacted by the Vietnam war. As this shows, the US can easily absorb tens of thousands of Syrians. And it can find it’s right moral footing even after a misstep like the knee jerk rejection of the last week.

3/ MYTH: There’s no definitive way to tell if a refugee will become a terrorist, so don’t let them in

4/ MYTH: Why don’t neighboring nations shoulder the refugee burden? Why is it up to the US? 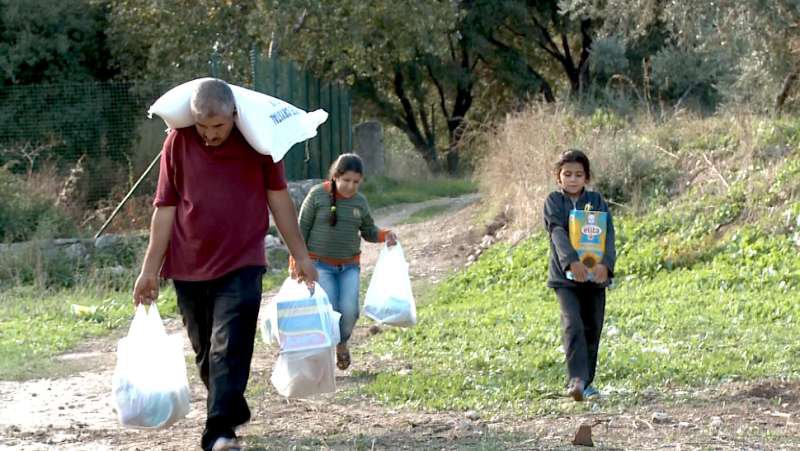 These countries are overburdened. Their ability to handle the influx of refugees is strained to the limit, which means many refugees find themselves in dirty, cramped camps without adequate resources.

5/ MYTH: The US should only admit Christian Syrians

The US is not a “Christian” nation. It is a nation without religious affiliation, even if Christianity (in its various forms) is the dominant religion. The US is open to all religions and allows all religions to practice without persecution. That means both Christianity AND Islam can be practiced (as well as Judaism, Hinduism, Buddhism..well you get the point).

The US constitution explicitly states that everyone has freedom to practice religion and freedom from religion.

And to set another record straight: Islam is not a religion of terrorism.

6/ MYTH: If ISIS is such a threat, why don’t refugees join the fight against them?

Refugees are fleeing Syria because they do not want to die. They do not want to fight in a brutal, chaotic war. They want to return to a life of stability and happiness. Fighting a brutal terrorist organization (and also a vicious dictator) is not the way to do this.

Plus, the people leading the fighting against ISIS on the ground are Syrians and Iraqis.

7/ MYTH: Refugees would be a burden on society 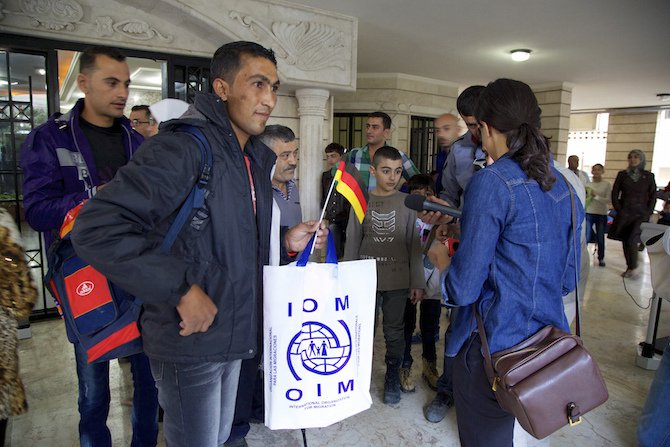 Many of the refugees are college-educated and highly skilled. Their impact on society would be beneficial.

8/ MYTH: If the US takes care of refugees, then it can’t take care of its own people

There is no reason why the US can’t take care of both refugees and its own people. It’s not a zero-sum game. The US can easily afford to take in refugees, while also helping its own citizens to deal with poverty (and it needs to do a much better job on this front). In fact, many of these skilled refugees could be leaders in the struggle to end poverty in the US. 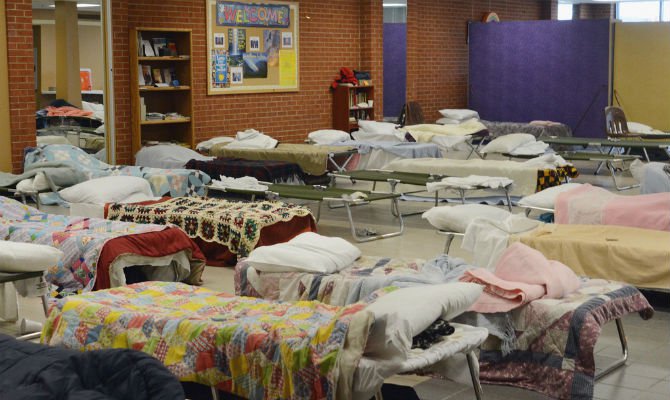 Terrorism is nothing to scoff at. It threatens societies all around the world. But pointing to refugees as the source of the problem is not at all helpful. It plays directly into what ISIS wants by spreading fear throughout society and dividing people against one another.

Refugees want peace; not terror. They want stability; not chaos. They want to contribute to society; not tear it down.

The US has taken in less than 2,000 Syrian refugees over 4 years. The conversation should not be about reducing the pace of acceptance. It should be about how the US can better help.

Emily Lazarus’ poem on the Statue of Liberty should guide the US during this time:

“Give me your tired, your poor,
Your huddled masses yearning to breathe free,
The wretched refuse of your teeming shore.
Send these, the homeless, tempest-tost to me,
I lift my lamp beside the golden door!"

It’s time everyone lifted their lamp to help refugees. Share this article to challenge your friends to do the same.