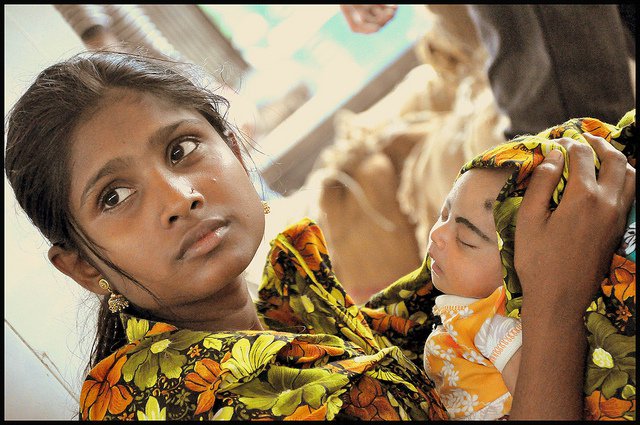 BEIRUT – Rawda al-Mazloum, 40, was just 15 years old when her parents told her that she had to marry a 22-year-old man from her local community in Homs, Syria. The marriage produced five daughters, but it was not a happy one.

In 2012, Mazloum decided to divorce her husband, despite the fact that divorce carried a stigma in her community. She says she felt a sense of empowerment because, for the first time, she was able to work – as an assistant in a pediatric clinic – and provide for herself and her daughters. All of that changed when the Syrian war broke out that same year.

In Homs, Mazloum was faced with constant airstrikes and military bombardments. To escape the escalating violence, on February 14, 2014, she and her daughters fled Syria for the safety of Lebanon.

Once in Lebanon, Mazloum and her children settled into al-Abrar, a tented refugee camp in Bekaa Valley. However, she found that the stigmatization of being divorced had followed her.

Take Action: Stand with Sonita and declare the right for girls to choose if, when and to whom they marry

“Local aid only came for widows or orphans, and since I was divorced, I wasn’t able to receive their assistance,” she said. Instead, Mazloum had to rely on the kindness of her neighbors who shared their food with her family. Meanwhile, she had to fend off advances from local men who offered her money in exchange for sex.

Inspired to help vulnerable women and girls like herself, Mazloum joined the International Rescue Committee (IRC) where she now works in the Women’s Protection and Empowerment program. As a paid outreach volunteer coordinator, Mazloum connects Syrian women and girls who have experienced violence with IRC so that they can receive emotional and educational support. To date, the program has provided assistance to 11,000 Syrian women and girls in Lebanon. 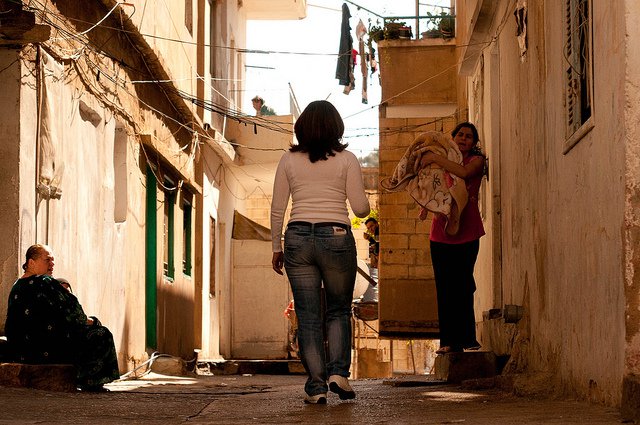 Women & Girls spoke to Mazloum about possible solutions to the challenges facing Syrian refugee women and girls in Lebanon.

Women & Girls: What are the biggest issues facing Syrian women and girls in Lebanon’s refugee camps?

Rawda al-Mazloum: Parents are pressuring their daughters to get married at a young age so that the parents can be relieved of the financial burden of having to provide for their daughters. I have witnessed a lot of cases of young girls and boys under the age of 18 getting married.

Once a girl is divorced … she now has an increased risk of being sexually exploited.

I have noticed girls who face early marriage have higher divorce rates. Some are requesting divorces after just a month or two of marriage.

Once a girl is divorced, she no longer has the protection of a husband so she has an increased risk of being sexually exploited. I have seen girls who are 12 years old getting married, having children and then getting divorced, all before the age of 16. The girls are then exploited and abused by other men who offer marriage as a form of protection or offer money for sexual services.

Women & Girls: What are the solutions to ending child marriage in the Syrian refugee community in Lebanon?

Mazloum: It’s spreading awareness about the consequences of child marriage to parents. When I got married at 15, it was the decision made by my family because they were the adults, so they held all decision-making power. We need to spread awareness to the parents so that they can say “no” to early marriage.

One of the paintings shows a girl with a rope around her neck and a quote next to her saying: ‘Now her life is ended by child marriage.

I am working with a group of mother and daughters – about nine young girls – in my camp to raise awareness about child marriage. The girls are creating artwork to show the consequences of early marriage. One of the paintings shows a girl with a rope around her neck and a quote next to her saying: “Now her life is ended by child marriage.” Another painting shows a girl, surrounded by four different people who are each pulling her in a different direction. This painting represents how the girl doesn’t know where to go because she doesn’t get to make her own decisions. We are trying to find a way to display these outside of the camps. 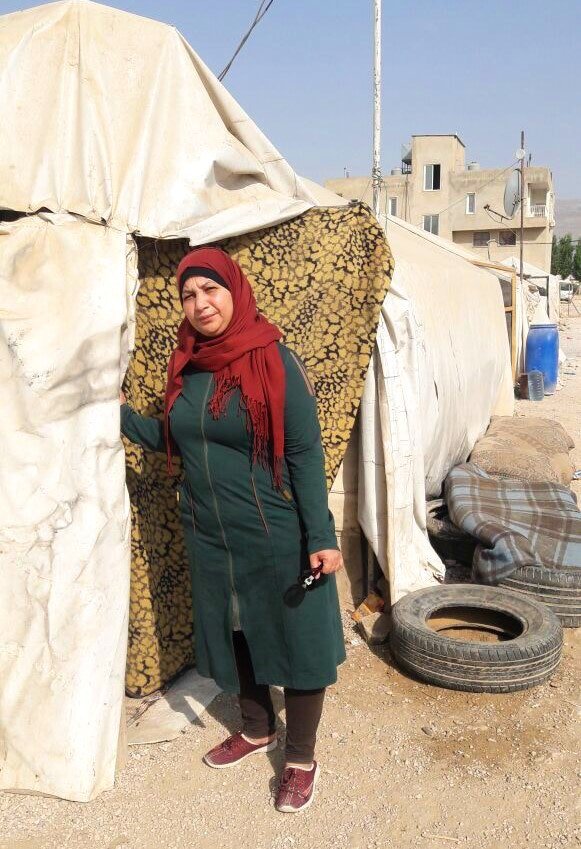 Mazloum: The biggest issue is denying access to education for girls. The cost of school is [one] problem. After girls enter grade nine, parents have to cover school fees and it just becomes too expensive for the girls to continue.

Women & Girls: What can be done to get Syrian girls into schools?

Mazloum: We need to have awareness sessions with the parents so they stop encouraging girls to drop out of school. I also think this needs to be tackled on a government level, with Lebanon’s Ministry of Education removing the school fees so that families can afford to send their daughters to school.

It is psychologically important for women to know that they can support themselves.

Women & Girls: What else needs to be done to ensure that Syrian women and girls thrive in Lebanon?

Mazloum: Ensuring job opportunities for them will help women achieve better stability in Lebanon. The benefits are not just financial security – it is psychologically important for women to know that they can support themselves.

The international aid organizations in Lebanon should be playing a bigger role in providing opportunities for the women. They have the ability to create job opportunities in their programs that befit the skills of refugees – they should at least allow refugees to apply for jobs in their organizations.

Women & Girls: What do you want for your own future?

Mazloum: I want to achieve my dream of having an organization that ensures protection for women and girls, especially for divorced women. I know from my own experience how difficult it was for me to be divorced with five daughters and to be left without assistance. I want to create my own organization that helps women like me so that they can feel protected.

This conversation has been edited for length and clarity.

Correction: This story has been updated to reflect the fact that the camp in which Rawda al-Mazloum lives is located in Bekaa Valley, not Beirut.