Nearly all of the world’s countries have legal minimum age requirements to protect children from child marriages. However, 117 of these countries, including the USA, still allow children to marry, the Pew Research Center finds.

Child marriage endangers the physical and emotional well-being of a child who is too young to marry, according to Girls Not Brides, a global partnership committed to ending child marriage.

Child brides are at greater risk of dangerous complications during childbirth, contracting STDs, suffering domestic violence, and have limited opportunities for education and economic independence.

Child marriage is an international epidemic that every Global Citizen should fight against. Working towards an end of child marriage takes the world closer to achieving the 17 Global Goals of Sustainable Development. 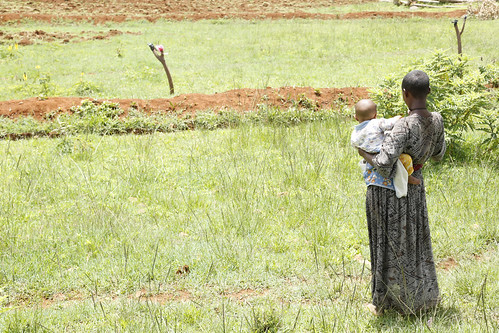 Child marriage by abduction or forced union between cousins is a deeply-rooted cultural practice in Ethiopia. As a result, one in every five girls is married before they turn 18.

Just 12% of married girls between the ages of 15 and 19 attend school, compared to the 60% of unwed girls the same age in school, according to Girls Not Brides.

Although the legal age of marriage is 18, the law is not strictly enforced. And without a national registry to track births, marriages, and deaths, it is difficult for officials to prove a girl is underage.

At the Girl Summit in 2014, the Ethiopian government committed to end child marriage by 2025.

Although the law sets the age of marriage at a minimum of 16 with parental consent, some exceptions exist that will allow minors under the age of 16 to marry in the case of pregnancy or to avoid statutory rape charges, according to The World Policy Center.

High rates of teen pregnancy in Brazil contribute to the practice of child marriage. Marriage is seen as a way to provide economic security and ensure men take responsibility for the children they father.

Although child marriage is a prominent problem in the nation, Brazil’s Federal University of Para found little research has been conducted on the issue, and even less government intervention has been taken.

Nigeria’s Constitution does not specify a minimum age for marriage, but The Child’s Rights Act of 2003 set the minimum at 18. However, only 23 of Nigeria’s 36 states enforce the Act.

Many Nigerian parents say the quality of education in the nation is lacking, and that, for their daughters, it cannot be considered a viable alternative to marriage.

In 2016, Nigeria’s Ministry of Women Affairs and Social Development launched a strategy to reduce child marriage by 40% before 2020, and end it entirely by 2030.

Religious beliefs and poverty contribute to the high rates of child marriage in Bangladesh. Frequent flooding in rural areas leaves families in need of financial resources, which can be attained by marrying off girls and collecting dowries.

At the 2014 Girl Summit, Bangladesh promised to take steps to end child marriage within their borders by 2041.

Read More: Teens in Bangladesh are Bringing Child Marriage to an End – One Door at a Time

Although India’s rates of child marriage for girls under 15 are dropping, the rate of girls marrying between 15 and 18 has increased.

A new census also reports that India’s urban areas are experiencing sharp increases in child marriage, while rural areas are on the decline.

Twenty-one percent of the nation’s child marriages occur in 70 “high incident” districts, where underage marriage for boys and girls is on the rise, Hindustan Times reports.

India’s Ministry of Women and Child Development drafted the National Action Plan in 2013 to prevent child marriages, however the draft has yet to be finalized.

India was also one of 12 nations selected by UNICEF to be apart of their Global Programme to Accelerate Action to End Child Marriage.