“With profound regret, I dissent.”

On Tuesday, the United States Supreme Court ruled in favor of President Donald Trump’s executive order, often referred to as the travel ban or Muslim ban, that bars immigration from seven countries to the US.

In the 5 to 4 decision, Chief Justice John Roberts argued that presidents have broad discretion to implement immigration rules, and that the court didn’t detect religious discrimination in President Trump’s mandate.

The decision caps a year-long legal battle over the executive order and sets the stage for broader immigration restrictions, according to The New York Times.

Justice Sonia Sotomayor was scathing in her dissenting opinion, and for 20 minutes she challenged the court’s decision, the Times reports.

Here are five of the most damning segments of her dissent. 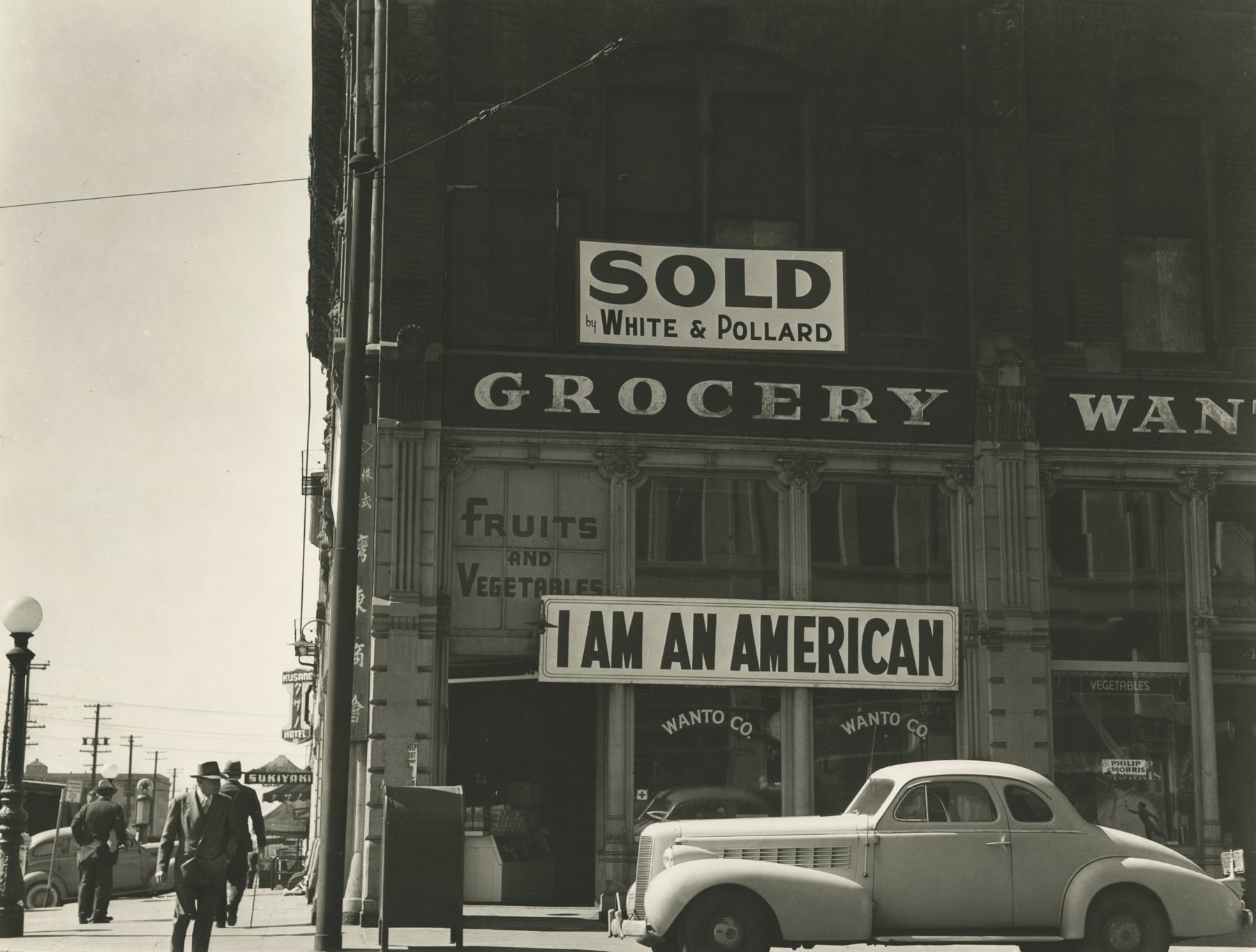 Japanese-American Tatsuro Matsuda commissioned the "I am an American" sign for his family's store in Oakland, California and hung it in the window the day after Pearl Harbor.
Image: Courtesy Howard Greenberg Gallery; New York

In 1942, Japanese Americans were rounded up by the federal government and confined in concentration camps on the basis on their ethnic background. This program was eventually sanctioned by the Supreme Court in the case Korematsu v. United States, and Sotomayor argued that Trump’s travel ban is a modern version of this federal discrimination.

“By blindly accepting the Government’s misguided invitation to sanction a discrimi­natory policy motivated by animosity toward a disfavored group, all in the name of a superficial claim of national security, the Court redeploys the same dangerous logic underlying Korematsu and merely replaces one ‘gravely wrong’ decision with another,” she wrote. 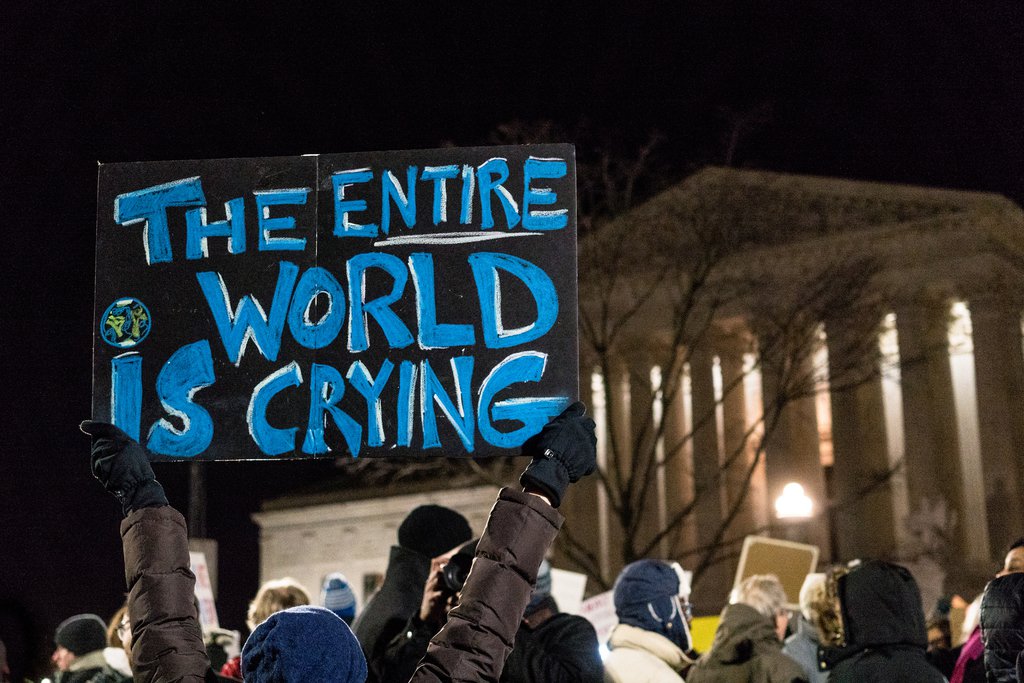 Sotomayor argued that her fellow Justices ignored important court precedents that prohibited federal discrimination of this kind. She cited two separate cases, one that protected LGBTQ people from discrimination and another that shielded people with intellectual disabilities from being excluded from housing.

She accused the court of “ignoring the facts, misconstruing our legal precedent, and turning a blind eye to the pain and suffering the proclamation inflicts upon countless families and individuals, many of whom are United States citizens.”

Sotomayor went through a laundry list of examples showcasing President Trump’s alleged animus towards Muslims, many of which involve Trump plainly expressing his intention.

At one point, she wrote, “shortly after being elected, when asked whether violence in Europe had affected his plans to ‘ban Muslim immigration,’ the President replied, ‘You know my plans. All along, I’ve been proven to be right.’” 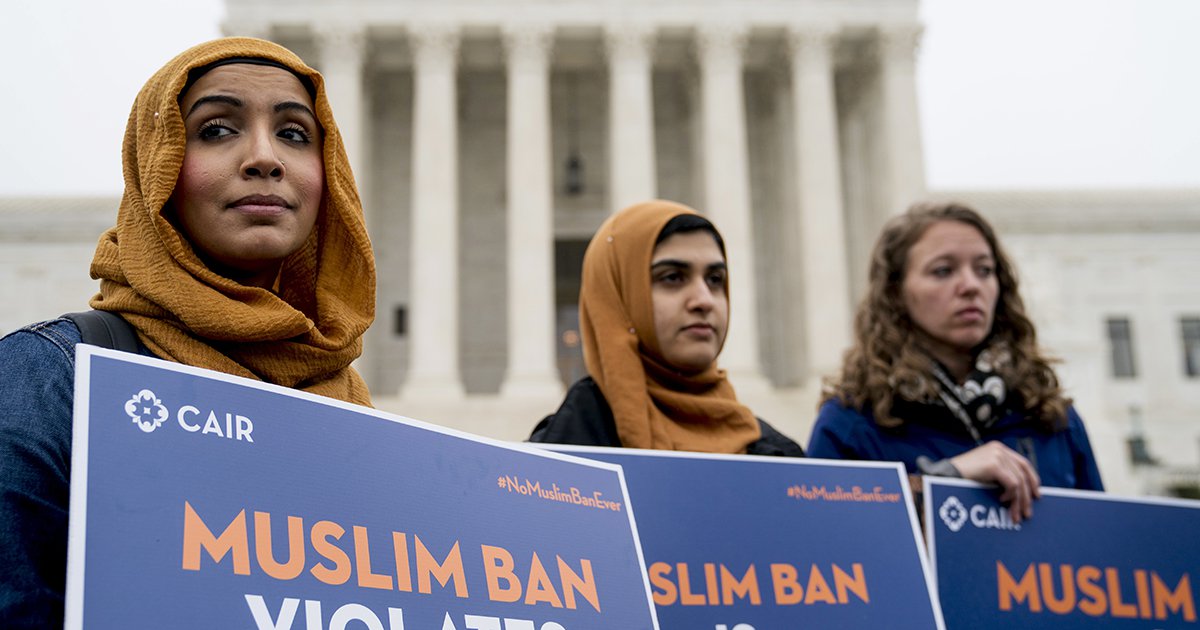 From left, Zainab Chaudry, Zainab Arain and Megan Fair with the Council on American-Islamic Relations, stand outside of the Supreme Court as the court hears arguments on President Trump's ban on travelers from mostly Muslim countries, on April 25, 2018.
Image: Andrew Harnik/AP

Throughout her dissent, Sotomayor described people who have been affected by the travel ban, including a “child with cerebral palsy in Yemen,” who “could no longer move or speak,” and whose visa application was initially denied because she was deemed a national security risk.

She further argued how the administration was violating its own claims that exemptions would be made for eligible travelers, including refugees, students, employees, and more. 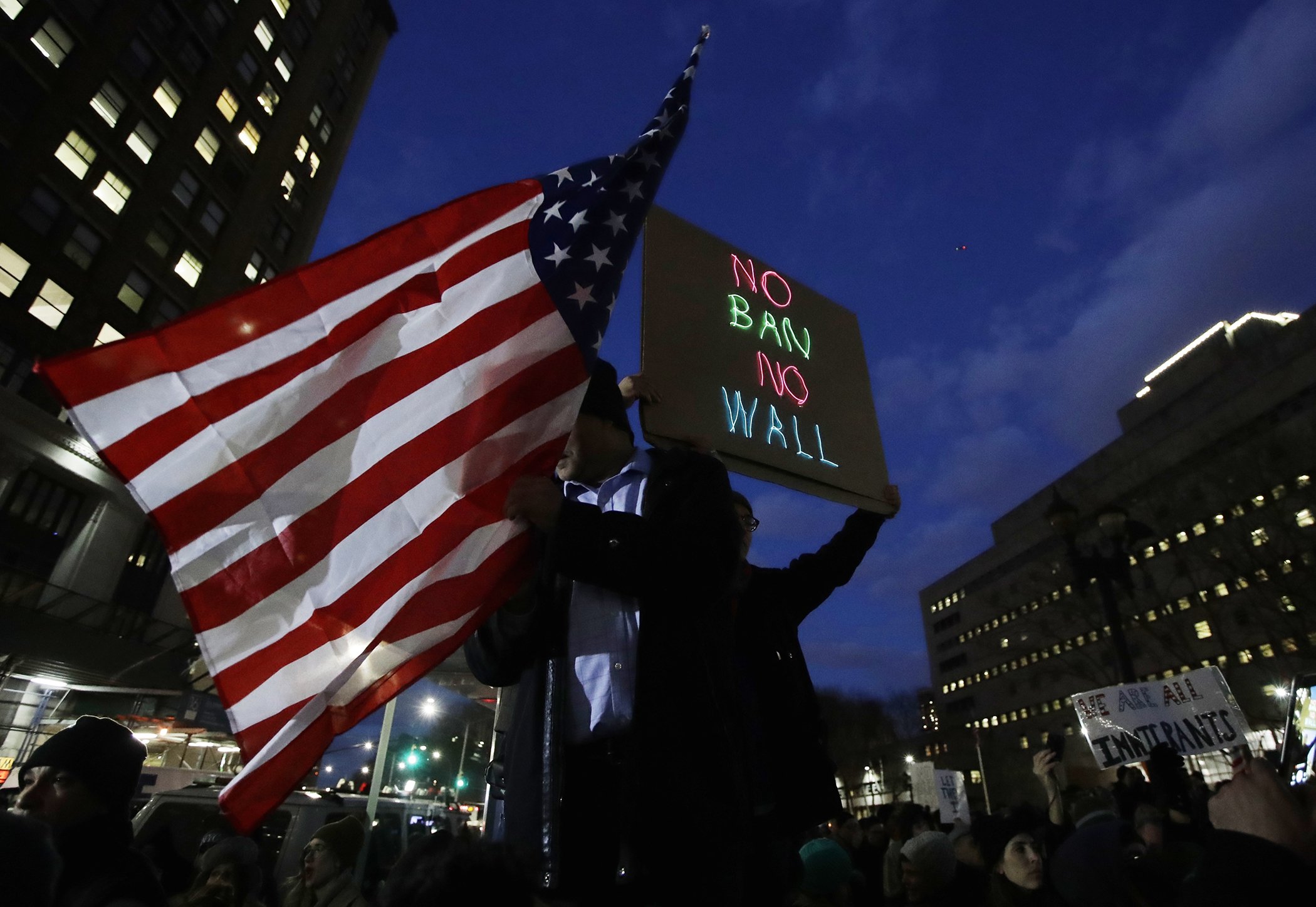 Sotomayor ended her dissent by arguing that the court had failed in its duty to hold the other branches of government accountable.

“Our Constitution demands, and our country deserves, a Judiciary willing to hold the coordinate branches to account when they defy our most sacred legal commitments. Because the Court’s decision today has failed in that respect, with profound regret, I dissent,” she wrote.

Global Citizen campaigns against discrimination and you can take action on this issue here.