Unlike past bans, it’s permanent. 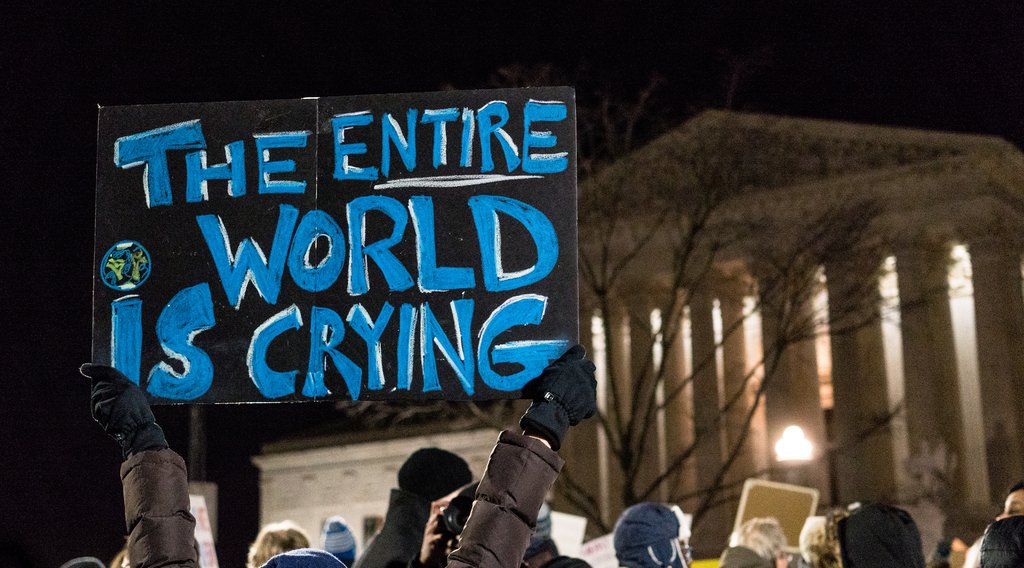 Human rights groups and activists are outraged at US President Donald Trump’s latest changes to his controversial travel ban announced this weekend, saying the new policy endangers people around the world in fraught situation, unnecessarily conflates ordinary people with terrorists, is textbook discrimination against Muslims, and further harms the reputation of the US.

Do your homework. New travel ban and restrictions. #NoMuslimBanEverpic.twitter.com/gKRE6MVc8f

“Six of President Trump’s targeted countries are Muslim. The fact that Trump has added North Korea — with few visitors to the U.S. — and a few government officials from Venezuela doesn’t obfuscate the real fact that the administration’s order is still a Muslim ban,” Anthony D. Romero, the executive director of the American Civil Liberties Union said to The New York Times.

“President Trump’s original sin of targeting Muslims cannot be cured by throwing other countries onto his enemies list,” Romero said.

Trump issued the latest version of a travel ban on Sunday as the previous ban expired earlier in the day.

Only one country, Sudan, was removed from the list. The Trump administration said this was because of improved security and information sharing procedures.

The bulk of the countries targeted are holdovers from past bans — Iran, Libya, Syria, Yemen, and Somalia. In terms of populations affected, these countries comprise the vast majority of people, and, as in past bans, they are predominantly Muslim.

The ACLU and other organizations are already preparing to challenge the executive order in court and they’re hoping to build on a series of victories against earlier bans,theysaid.

The administration, however, insists that the ban is meant to protect the US.

“As president, I must act to protect the security and interests of the United States and its people,” Trump said in his proclamation.

Unlike past bans, this one permanently blocks targeted populations from coming to the US.

That’s because the previous bans were meant to give the administration time to conduct a full security assessment. Administration officials claim that the assessment is now complete, and evidence for a more complete ban was gathered.

Ultimately, the ban will stay in place until the affected countries “satisfactorily address the identified inadequacies,” as Trump said on Sunday during a press conference.

That basically means that countries must comply with all requests for information and enhanced security measures from the US.

All citizens of North Korea and Syria will be denied visas to enter the US, because of a complete lack of cooperation with the US’s requests for enhanced security cooperation, according to Trump.

Most citizens of Chad, Libya, and Yemen will be unable to visit the US because these countries have insufficient screening processes for travelers.

Somalis, meanwhile, will be barred from emigrating to the US even though the country has strong security standards, because of the prevalence of terrorist networks within the country, according to officials.

Iranians will face absolute travel restrictions outside of student and exchange visas and, in Venezuela, only government officials will be affected.

The new ban will not affect anyone from these countries who already have a visa, and people who are working or studying in the country will be allowed to do so until their visas expire.

Rules on refugees will be issued this week, according to administration officials.

Global Citizen has advocated against Trump’s travel bans and you can take action on this issue here.

The Supreme Court will be hearing a challenge to the original travel bans Oct. 18 and their ruling could ultimately set the parameters for this current and all future bans on the movement of people.