Do you know how many people rely on rice as a staple food? 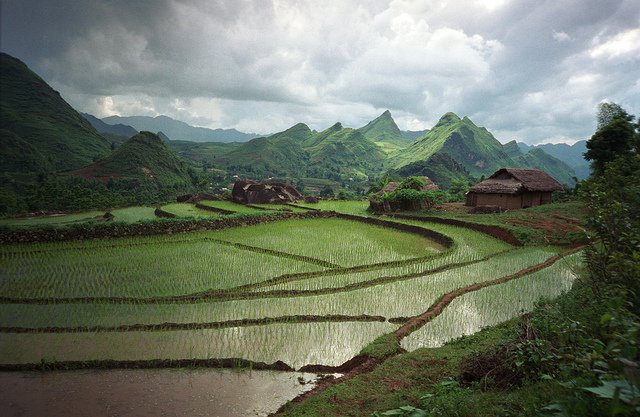 A new study mapping the DNA of over 3,000 types of rice could help farmers cross-breed, and scientists create rice resistant to drought, flooding, and have higher yields.

This is great news for farmers especially in developing countries who face severe threat from famine during droughts, and extreme flooding brought on this year by El Niño, and increasing extreme weather and temperature changes due to climate change.

But wait...isn’t testing DNA for things like Serial and Making a Murderer? Why in the world would you perform DNA sequencing on rice?

In Chinese, the phrase “have you eaten?” is synonymous with “have you had rice?”

And in Japanese the word for cooked rice has the same meaning as the word meal.

More than 40,000 different varieties of rice grow across all continents (except Antarctica.)

So you get the point, rice is important.

The International Rice Research Institute (IRRI) thinks so too, which is why the Philippines-based NGO is calling the findings from this four year international effort a breakthrough and the second green revolution. Because understanding which genes in different types of rice carry certain traits, such as better resistance to heat, will revolutionize and cut massive costs for farmers.

Farmers will no longer be guessing or going off instinct as to which varieties and types of rice should be crossbred to produce better yields, resist disease and help feed the 795 million people who suffer from hunger.

The research combined collecting samples of DNA from 127,000 rice leaves and sending them the DNA to be tested by BGI, a Chinese corporation.

IRRI’s main focus is researching vitamins in rice as well. With this new rice DNA information, scientists can look at which traits in rice link with higher levels of zinc, which can prevent stunted growth and diarrhea in children in developing countries. The research NGO also hopes to further study traits in varieties of rice that could release sugar more slowly when cooked to help combat type-2 diabetes.

The DNA information, once accessible to farmers across the globe (who through increasing mobile technology are able to stay up to date and learn new agricultural techniques) will be essential in feeding the world’s growing population amidst scarcity of fresh water, and less arable land.

There are 500 million smallholder farmers in the world. These farmers produce over 80 percent of food consumed in Sub-Saharan Africa and Asia. Empowering farmers, providing access and education is the key to feeding the world, and by providing more while rice DNA isn’t a full solution to the world’s hunger problems, it does provide more options and knowledge to farmers around the world.

DNA info can be weird, as in giving people the ability to choose the genetic makeup of their child, but choosing the genes of rice to feed the world that’s good news!