Why are more funds needed to save lives affected by El Niño?

Without more funds and preparation tens of millions of lives could be at risk.

This El Niño has become one of the worst on record.

El Niño is a climate phenomenon, linked to a warming of ocean temperatures in the equatorial Pacific, that is threatening to put the lives, food security and livelihoods of millions of already vulnerable women, men and children at increased risk.

World Vision, along with a number of the world’s other leading aid agencies, is warning that more funding is urgently required to prevent millions more men, women and children around the world from going hungry, suffering water shortages, falling ill and seeing their livelihoods collapse. 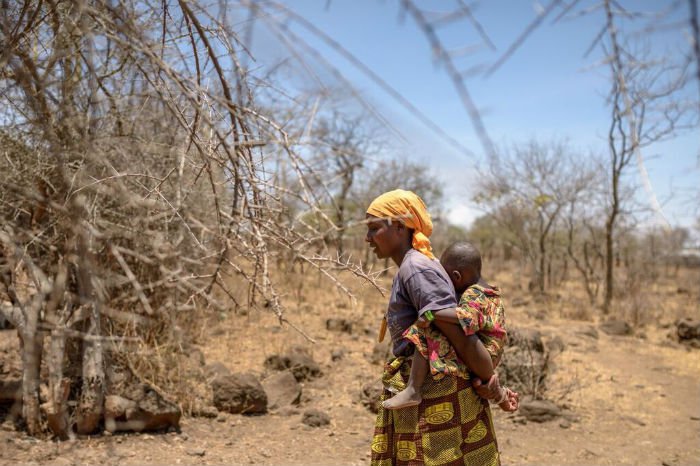 How can the world combat the devastating affects El Niño can inflict on already disadvantaged communities?

World Vision’s El Niño response director, Kathryn Taetzsch, said, “According to the United Nations, every $1 USD that is invested in disaster preparedness and resilience now could save up to $7 USD in emergency relief if a disaster unfolds over the coming months.

But there are still people who aren’t included in aid. Already underfunded by almost half, the revised appeal for aid covers 88 million of the most vulnerable people in 37 countries. In order to do that, though, the UN needs to reach the goal of $20.1 billion USD.”

That doesn’t have to be impossible.

Aid agencies say it is important to apply the lessons of the 2011 Horn of Africa food crisis, (when 258,000 people died in Somalia alone—half of whom were children under age five). Proactivity can prevent severe childhood malnutrition, save livelihoods, and boost resilience and programming.

Nigel Timmins, Oxfam International’s Humanitarian Director, said: “If the world acts now, we can help prevent disaster and suffering for millions of people - rather than waiting for people to start dying. The aid community has helped communities avoid the worst effects of disasters linked to El Niño on a small scale in countries like Kenya and Malawi, but what is needed now is a combined international effort - we can and need to do this right.”