Will it help get at a root of the problem? 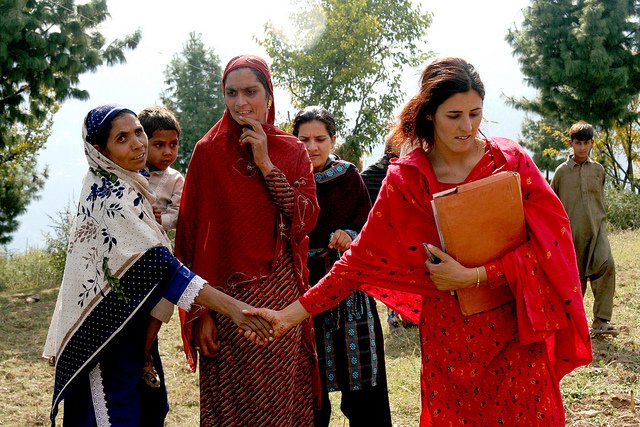 A state in Pakistan, a nation ranked the world's third most dangerous place for girls and women, just passed a law protecting women against violence.

The new law passed by the Punjab assembly is groundbreaking as it intends to criminalize all forms of violence against women, including domestic, emotional, psychological, economic, or sexual.

The law, known as the long-awaited, Protection of Women against Violence Bill 2015, establishes a toll-free abuse reporting phone hotline for women to report abuse or violence. A variety of shelters for women and children to go to when necessary will also be constructed.

The assembly plans to investigate reports of abuse through panels and it will also deploy GPS bracelets to track perpetrators.

Law Minister Rana Sanaullah said violence against girls and women was a global issue and that “attempts to portray a picture of Pakistan not based on reality must be countered through legislative efforts.”

New law in Pakistan’s Punjab criminalises all forms of violence against women. https://t.co/AyPAww1KPFpic.twitter.com/MlgXdxsJBj

Domestic violence offenders are expected to face up to a year in prison and repeat offenders will face up to two years of incarceration.

These may seem like light sentences in many instances, but they are a step in the right direction. Sending some message to criminals is better than sending no message.

Many orthodox Muslims are denouncing the law, declaring that it conflicts with the Quran. And many orthodox seminaries are making this denouncement clearer, like the head of Jamia Binoria seminary in Karachi, Muhammad Naeem. He said, "attempting to change religious and national values in the name of protecting women is a tragedy that is of great concern."

Human rights groups welcomed the law with open arms, but they also remain cautious. This law will only be successful if implemented, and implemented in a just manner.

Chairwoman of the Human Rights Commission of Pakistan, Zohra Yusuf, confirmed this when she said, "The change in law would only make a difference if there is effective enforcement and the legislature continues to engage with the issue and ensures oversight."

The change in Pakistan law will only make a difference if there is effective enforcement #ENDVAWhttps://t.co/R9cGGM8Ekz via @scotnational

At a quick glance, this bill seems like a win for Pakistan’s girls and women, but digging a little deeper reveals numerous concerns. Many domestic violence laws end up hurting victims because they aren’t properly and actively enforced. Ideally, helplines and shelters can get to a root of the problem: the imposed silence of women by their oppressors.

Global citizens can follow this law's implementation over the next few months and can be on the look-out for more stories about laws and regulations regarding gender inequality.

Sharmeen Obaid-Chinoy just won an Oscar for her documentary describing honour-killings in Pakistan. The documentary tells the story of Saba, whose father attempted to kill her after she married the man she loved. The film explains this story and why there is a need to implement just laws and regulations that fight for gender equality and keep women safe.

READ MORE: Read out Sharmeen's film A Girl in the RIver

This new law in Pakistan and Sharmeen's documentary are just some of the steps that can be taken to solve one of the world’s biggest problems. Combating violence against women is a challenging task, one that needs to be observed from all angles to fully establish justice and create gender equality.