Paddington Bear Is a Perfect Model for How to Treat Refugees

“Please look after this bear. Thank you.” 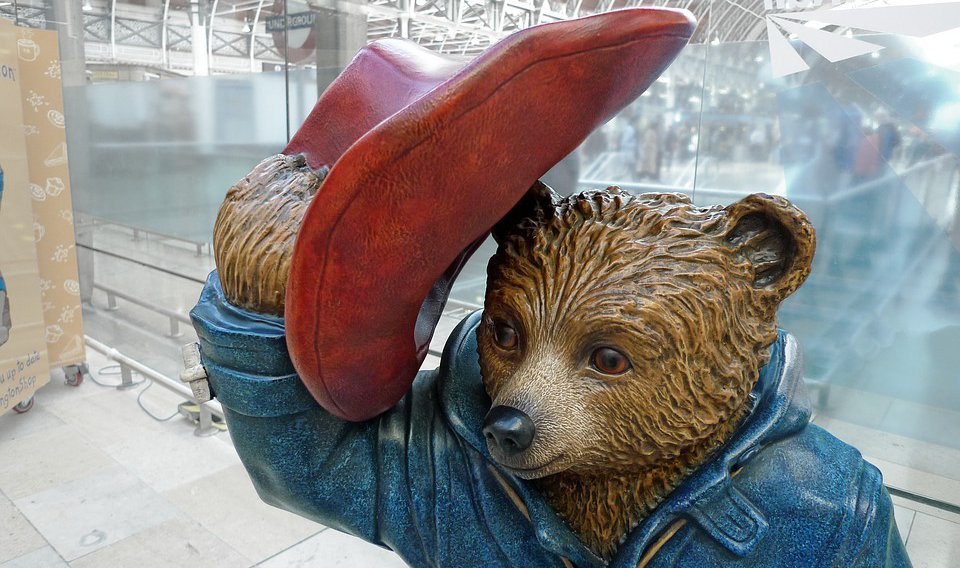 In post-war London, a lone Peruvian stowaway once waited patiently at a railway station for a stranger to offer him a home.

Paddington Bear famously found kindness in the Brown family that day, who took him in as they picked their daughter up from boarding school. But in 2017 he might not be so lucky.

Paddington Bear is a brilliant story about an immigrant trying to find a new home in a strange country. RIP Michael Bond you fantastic human

Michael Bond, the 91-year-old creator of the internationally adored "Paddington Bear" books, has died. His legacy will live forever - 35 million copies sold over nearly six decades about an immigrant teddy bear who found himself lost in a strange new society.

It’s been 58 years since the first book was published, but the story that it told then still tells the story of immigrants today — albeit with less furry faces. Around the world, 65.6 million people have been forcibly displaced from their homes, creating the largest refugee crisis since World War II . In the time it would take for you to watch ‘Paddington’, the 2014 feature film, another 1,900 people will have beenadded to that number.

Paddington lived in a lifeboat on the long journey from South America to London. Sound familiar? Today, thousands of immigrants arrive every year on the shores of Europe seeking asylum, and far-right “identitarians” are crowdfunding money to intercept rescue ships from saving them.

Asked by the Telegraph if Paddington’s insatiable optimism might be affected by the world around us in the present day, Bond was far from reassuring.

The story of Paddington — alone, hungry, and unsure where to turn — was first inspired by the mass evacuation of children from London in the Second World War.

“Living in Reading during the war, I can remember train-loads of refugees coming down from London. A lot of the children had luggage labels round their necks with their names and addresses on them,” Bond told the Telegraph in an interview from 2007. “It made a great impression on me; seeing these lost, frightened people. I felt it would say a lot about the Brown family that they were prepared to take in a refugee like Paddington.”

People are leaving flowers and jars of marmalade on Paddington's statue. No, there's just something in my eye. #RIPMichaelBondpic.twitter.com/8h51QJq23l

Decades later, the bear is still fighting for justice off the page. In Sheffield, a group of mums got together to raise money for refugees and Project Paddington was born. It has since delivered more than 25,000 teddy bears to children in Iraq, Lebanon and Jordan with messages of support. It's raised thousands for displaced children all around the world, and continues to inspire innovative solutions to international issues.

Paddington was crafted as an ode to the unalterable dignity of all people — and bears. Always polite, forever tipping his hat, he was a character that wandered but never intruded. Except, of course, when it was the right thing to do. In 2009, a letter from more than 60 children’s authors and illustrators called on then UK Prime Minister Gordon Brown to end the detention of children seeking asylum. And who better to lead this fight, than “Britain’s most famous illegal immigrant”?

Michael Bond told us Paddington couldn’t comment on children locked up at Yarl’s Wood,he wasn’t political. But Mrs Bird could. He gave us: pic.twitter.com/yty4j8Vssb

“We only have to see that bear to see the predicament of a Syrian child,” wrote Michael Morpurgo, a previous British Children’s Laureate, in the Guardian. “It delivers a very strong message about how we’ve grown away from the kindness to which we once aspired.”

In 2014, Bond agreed, insisting that Paddington “stands up for things” in an interview with the Guardian. Indeed, Paddington’s best friend is an elderly Hungarian refugee called Mr Gruber, who takes the bear all over the world to show him its beauty.

“So Paddington, in a sense, was a refugee," Bond said, "and I do think that there’s no sadder sight than refugees.”

Michael Bond's Paddington Bear is as relevant today as it ever was in 1958. The refugee crisis is getting worse, as the world fights for common ground on how to fix a broken system. “Please look after this bear,” a label on Paddington's suitcase reads on his arrival at his namesake railway, a plea that begs compassion across decades, novels, and governments.