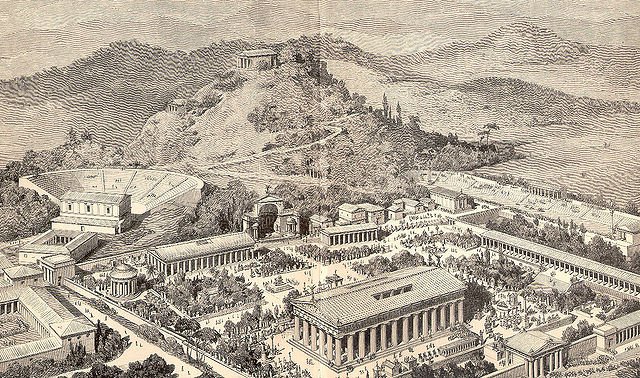 The UN Secretary-General Ban Ki-moon called on the world to reach a global truce for the Olympics.

It’s not the first time such a truce has been called for.

The idea of an Olympic Truce, or ekecheira, goes back to eighth century BC in Greece when the games first started. Warring cultures would stop their conflicts to participate in sports and events that celebrated the human body’s potential.

In the process, they promoted respect, friendship, solidarity, and equality.

Ban is hoping to capture that ideal in the weeks ahead. It’s a long shot — but there may be no cause more worthy in the world.

“I call for a push to match efforts to win medals on the playing fields with work to silence guns on the battlefields,” Ban said on Monday.

There are dozens of conflicts in all parts of the world. Many of these conflicts are decades-old and deeply entrenched in societies, generation upon generation scarred by the atrocities of war.

Others have spawned more recently.

The conflict that commands the most attention and is arguably the most barbaric is taking place in Syria, where an estimated 400,000 people have been killed, primarily by the murderous Assad regime.

Read more: A Visual Tour of the Syrian Conflict

Truce and ceasefire attempts in Syria have failed time after time. Opposition forces have met with government representatives several times, but every deal so far has fallen through.

Yemen, Afghanistan, and Iraq are all in various states of falling apart because of conflict.

In South Sudan, rumbles of a new war have been felt in recent weeks. Nigeria, Somalia, Burundi, and several other African nations are struggling with conflict.

Ukraine has been roiled by a civil war since Russia annexed the Crimean Peninsula in 2014.

These are just a few of the conflicts raging around the world and they give a sense of the monstrous and fragmented dimensions of the problem.

Granted, humanity is more peaceful than at any other time in history, but it at times seems like conflict is expanding.

That’s why Ban’s plea is so essential. The world has paused conflicts in the past, and it can do so again. And maybe in that brief period of peace, longer-lasting and more stable peace can be achieved.

“The Games will bring together athletes from all parts of the world in the greatest of international sports events as a means to promote peace, mutual understanding and goodwill among nations and peoples – goals that are also part of the founding values of the UN,” he said.