After civil war, what do you do with the soldiers?

Walking through downtown Kigali, it’s hard not to notice how well the locals carry themselves. Most are sharply dressed, have perfect posture, and wield near-blinding smiles. Billboards for Heineken and Guinness line the streets filled with stores selling the latest smartphones. In the background, Rwanda’s picturesque hills seem to roll on forever.

It’s hard to imagine that this modern city was the epicenter of a genocide that claimed 800,000 lives in 100 days.

Historians tend to remember the Rwandan genocide as the result of racist colonial policies that purposefully created division between the Hutu and Tutsi ethnic groups. In April of 1994, hardline Hutu militias and government soldiers, armed primarily with machetes and AK-47’s, began to systematically slaughter Tutsis and moderate Hutus.The international community failed to intervene.In the end, three fourths of Rwanda’s Tutsi population was dead. No words are strong enough to describe the inhumanities that took place during that time. 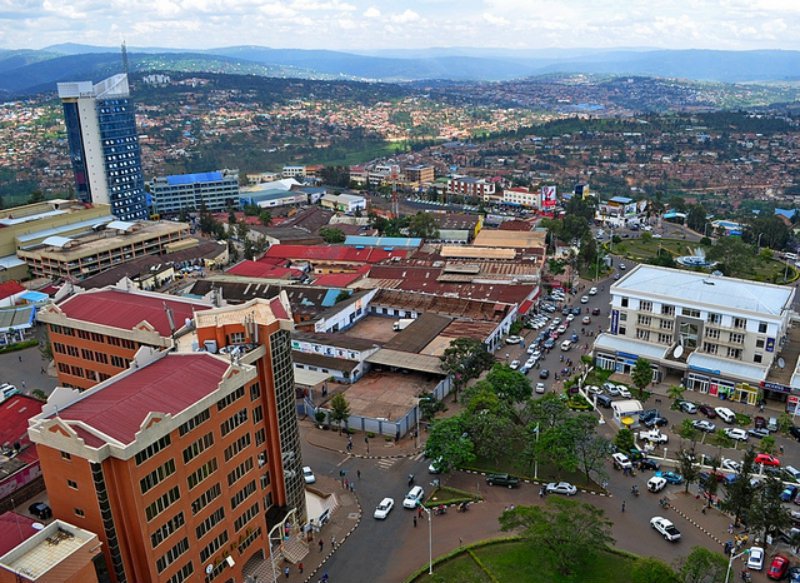 However, while many tend to make the Rwandan genocide synonymous with the Rwandan identity, an identity that must forever bear some irreparable tear in its social fabric, many Rwandans see it differently.

Today, the realities of the killings are still remembered, respected, and honored, but Rwandans also see the genocide as the pivotal moment that allowed them to reject ethnic divisionism and focus on national unity and reconciliation. The best proof of this is the way in which they chose to handle their ex-combatants.

In the years following the genocide, there were tens of thousands of ex-soldiers from opposing sides of the genocide. There were ex-FAR from the old Hutu government, ex-RPA from the Tutsi rebels credited with ending the genocide, and an increasing number of returnees from armed groups that had formed in the Congo. The leader of the RPA, Paul Kagame, had just assumed the presidency.

The new Tutsi-led government could have come to power and immediately taken vengeance on the Hutu soldiers who were complicit in the genocide. Instead Kagame’s new government did the opposite.

In 1997, the government founded the Rwanda Demobilization and Reintegration Commission (RDRC) to bring the old soldiers on both sides of the conflict back into civilian life.

The RDRC oversees a process called disarmament, demobilization, and reintegration (DDR), where a soldier voluntarily gives up his or her weapons, goes to a demobilization camp for sensitization trainings, and then begins their reintegration into society.

While the disarmament and demobilization phases are largely standardized, the RDRC has done its best to ensure that the final and most critical phase, reintegration, is done right.

The largest barriers to successful reintegration for ex-combatants are often a lack of formal education or skills. To counter this, the RDRC provides many ex-combatants with free education or jobs training so they are able to return to their communities with marketable skills and become self-sufficient. For those who are mentally or physically disabled, the RDRC offers personalized support and in many cases builds houses for them. 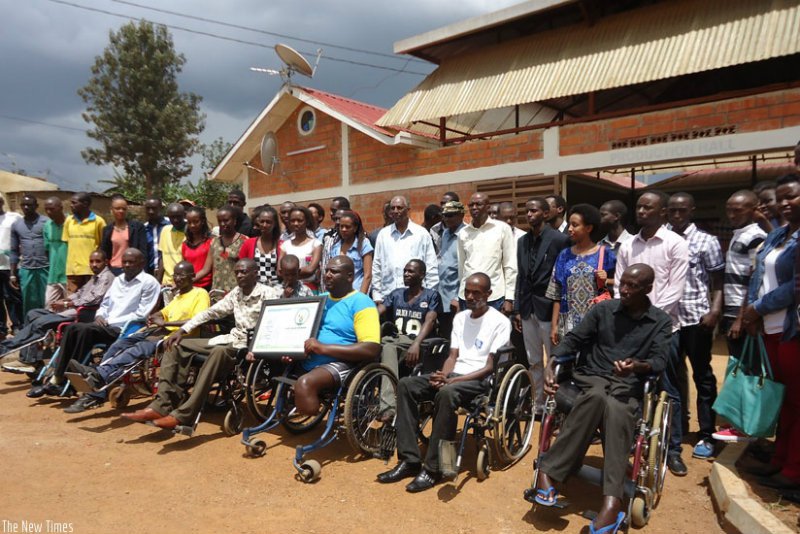 Disabled ex-combatants pose with a group of Rwandan students who raised funds to help them.
Image: John Mbaraga

As a result of the DDR process, there are many Rwandan co-operative businesses run almost entirely by ex-combatants. Home Guards, a private security co-operative, is composed of ex-combatants from the RPA, FAR, and even the FDLR, a splinter group of Hutu fundamentalists that fled to Congo and still launch attacks on Rwanda today.

Home Guards is a microcosm of Rwanda's success in DDR, and a testament to how well reconciliation efforts have worked. There are probably few places in the world where one could take ex-combatants from opposing groups, give them guns again, and have them become trusted members of their communities that stop petty crime on a regular basis. In Rwanda, this is a reality.

It is easy to harp on the horrors of genocide when talking about Rwanda, but the nation also serves as an exceptional example of resilience and hope. Particularly important today when it feels like conflict is omnipresent.

Policies rooted in compassion and forgiveness, along with people willing to participate in them, have allowed Rwandans to enjoy peace and socioeconomic progress for over 20 years. Here’s to hoping the world learns a thing or two from them.