"The phrase, it's every little girl's nightmare growing up!"

What will they say about you?
Maybe they'll say you showed them what's possible. #justdoitpic.twitter.com/NZbQLC1JuB

What will they say about you?

We’ve all asked ourselves this question at some point or another. We probably ask it too often. Fearing judgment, how we will be perceived by those around us is a constant influence on our actions.

To Parkour trainer Amal Mourad, who hails from the United Arab Emirates, these insecurities can be paralyzing for women when pursuing their goals: “The phrase, it’s every little girl’s nightmare growing up! We hear this every time we do something that might be met with criticism. There’s a fear to stand out and do something that’s not part of the norm.”

Mourad is now helping women eliminate those second thoughts as part of a new Nike ad that poses the question to Muslim women as they train for athletic competitions.

“What will they say about you?” the ad asks, as hijab-clad women running and skateboarding pass disapproving stares. “That you shouldn’t be out here? That it’s unladylike? “That you’re not built for this?” 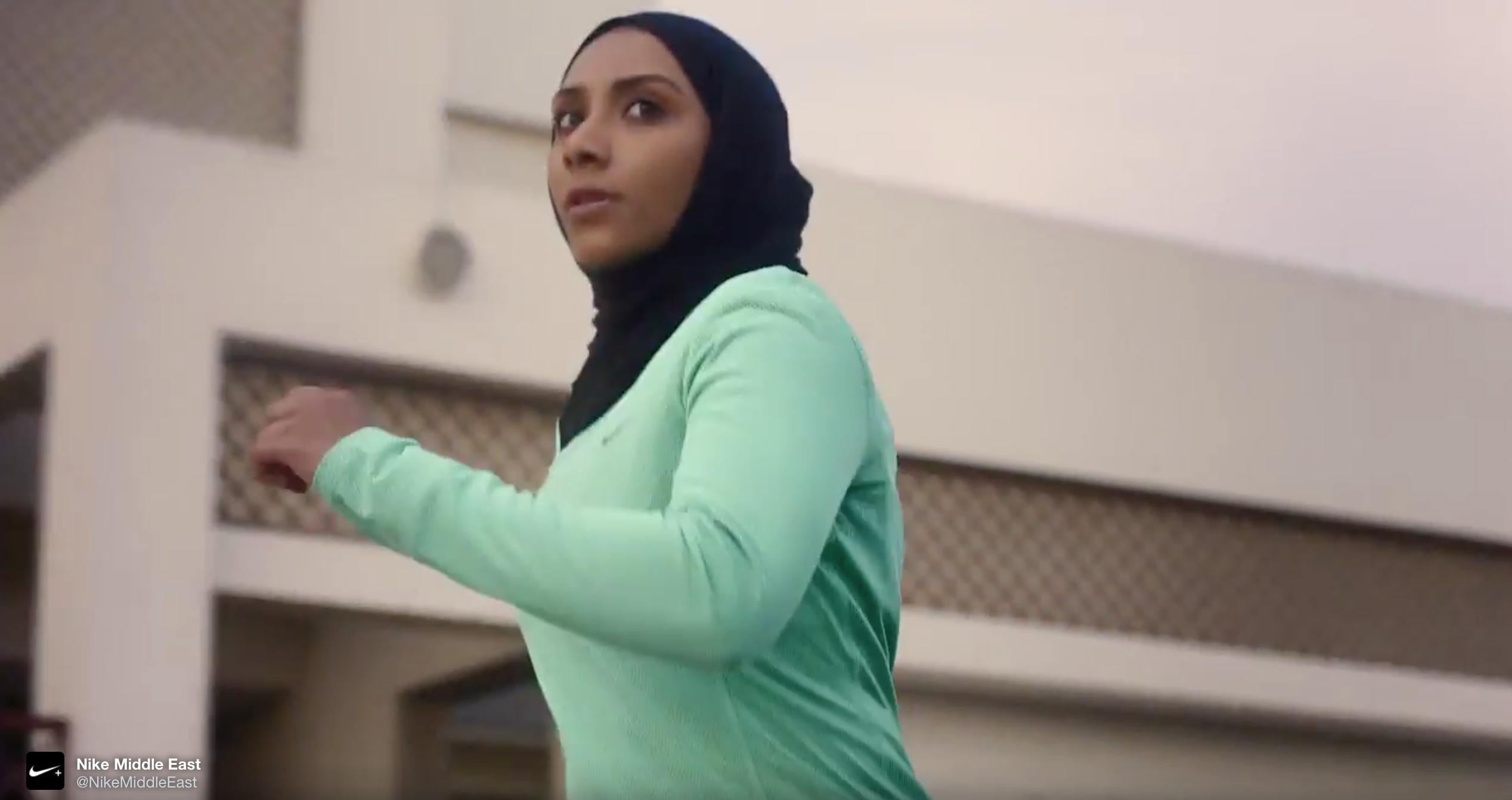 These words are spoken as a boxer catches a right-cross on her cheek. She sinks to the bottom of a pool in a fighting stance and opens her eyes – an allegory for new birth. “Or maybe…”

The theme turns from doubt to desire. 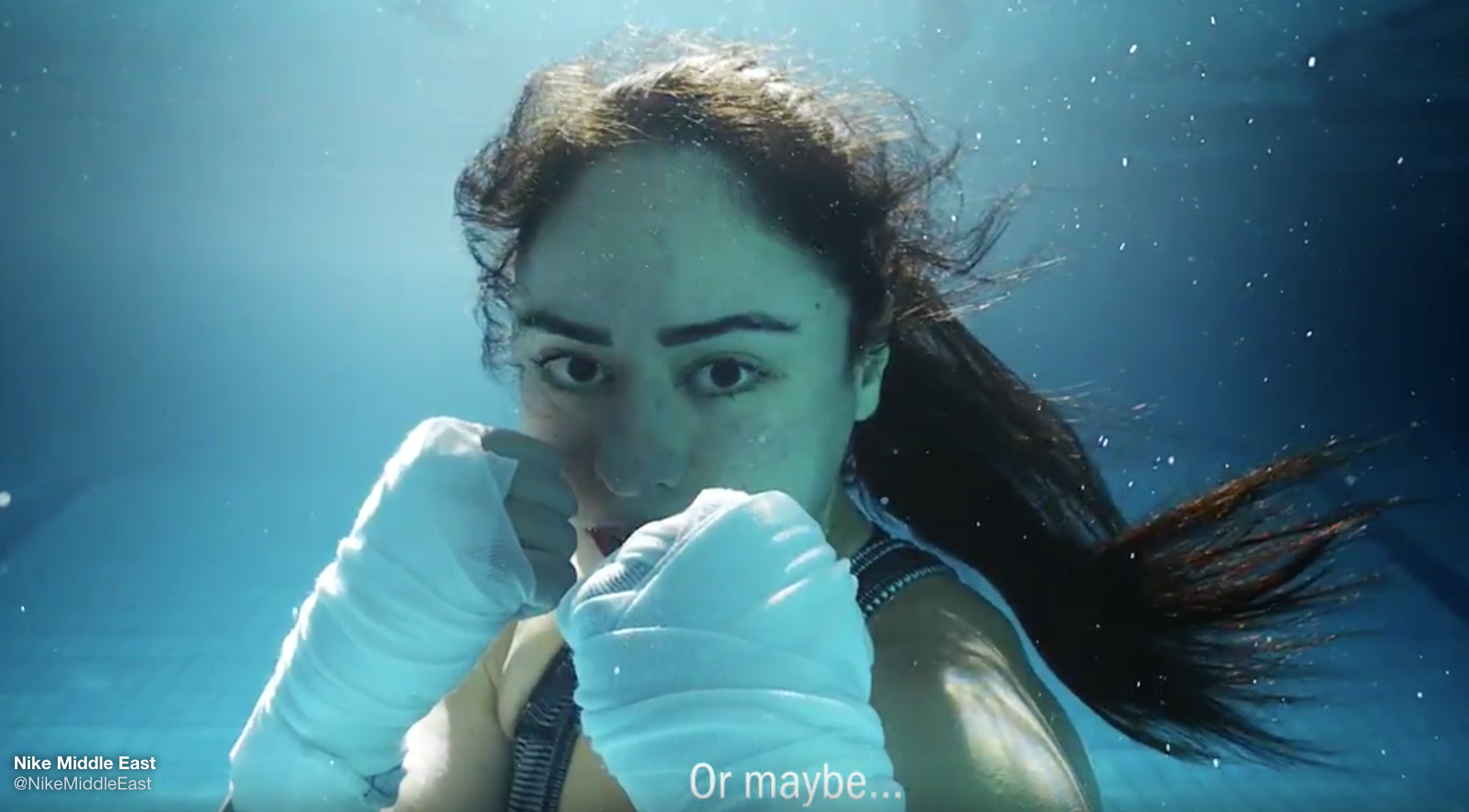 “When my parents were worried about how I would be perceived as a singer, I told them ‘Be patient and watch. I just might change what other people say,’” Fathi said.

Boulbraki, too, who won a bronze medal at the 2016 Summer Olympics, hopes to be an inspiration: “From the podium in Rio, I dedicated my medals to all Arab women,” she said. “I hope my success can inspire others to surround themselves with positive people who push you to reach your goals and go for it.”

Celebrating the power of female and diverse athletes has been a theme for Nike.

Nike’s ad “Da Da Ding” from July of 2016, for instance, focused on female athletes in India and the stigmas they face.

Last week, the company released another ad entitled “Equality,” about transferring the egalitarian qualities of sports beyond the field of play. 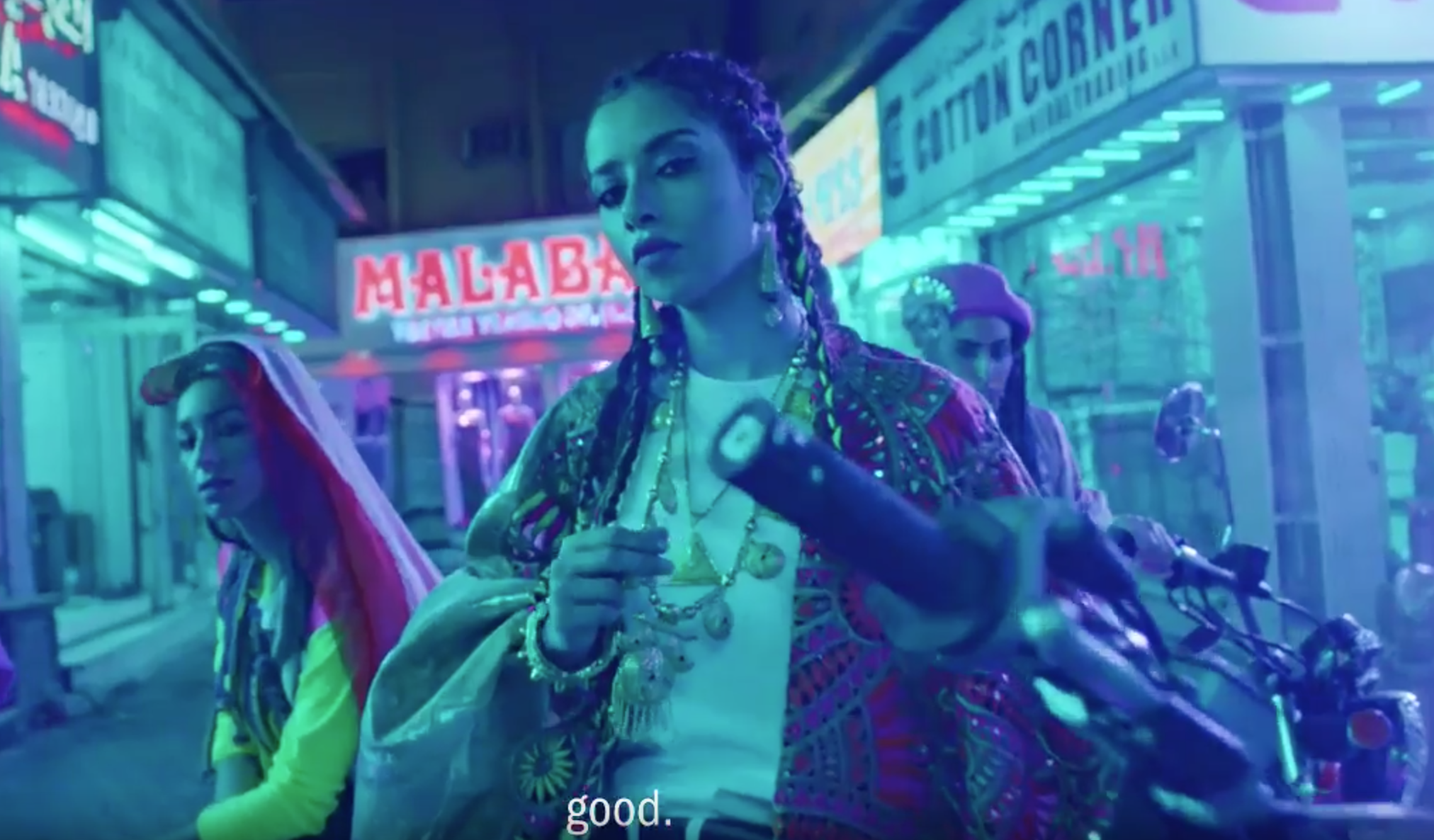 Read More: Nike Releases a Stirring Ad on Equality That You Need to See

Sports teams have also made efforts to be more inclusive.

In March 2016, Afghanistan unveiled new soccer uniforms that included a hijab. A few months later in Rio, fencer Ibtihaj Muhammad became the first American to wear a hijab at the Summer Olympics and won a bronze medal.

If recent protests are any indication, arguably no one is more threatened and more at the mercy of external pressures right now than Muslims and women. While this ad is primarily meant to sell sneakers, it’s comforting that optimistic messages about breaking down barriers
are being promoted in the process.