What Does It Mean to Be American? This Photographer Went on a Road Trip to Find Out

If every country were a type of vitamin, the US’s diversity would make it a multi-vitamin.

Global Citizens of America is a series that highlights Americans who dedicate their lives to helping people outside the borders of the US. At a time when some world leaders are encouraging people to look inward, Global Citizen knows that only if we look outward, beyond ourselves, can we make the world a better place.​

Those are the questions photographer Myriam Abdelaziz set out to answer in 2016 when she embarked on a solo road trip through the US that would ultimately lead her to create “WE THE PEOPLE,” a conceptual photography book.

The Egypt-born French citizen had been living and working in New York City for about 10 years when her immigration lawyer called to tell her she was eligible for US citizenship.

Abdelaziz said she needed some time to think.

She already had a green card. She didn’t need US citizenship to stay in the country and keep working. It was really just a matter of whether or not she wanted to become American.

“I didn’t understand what that meant,” she told Global Citizen in an interview. “Many other countries and cultures have very clear identities.” But despite having lived in the US for more than a decade, Abdelaziz said she didn’t have a strong sense of what America’s identity was.

“I thought, somehow, I owed it to myself — and the country that I live in — to just visit it, actually see it,” she said. 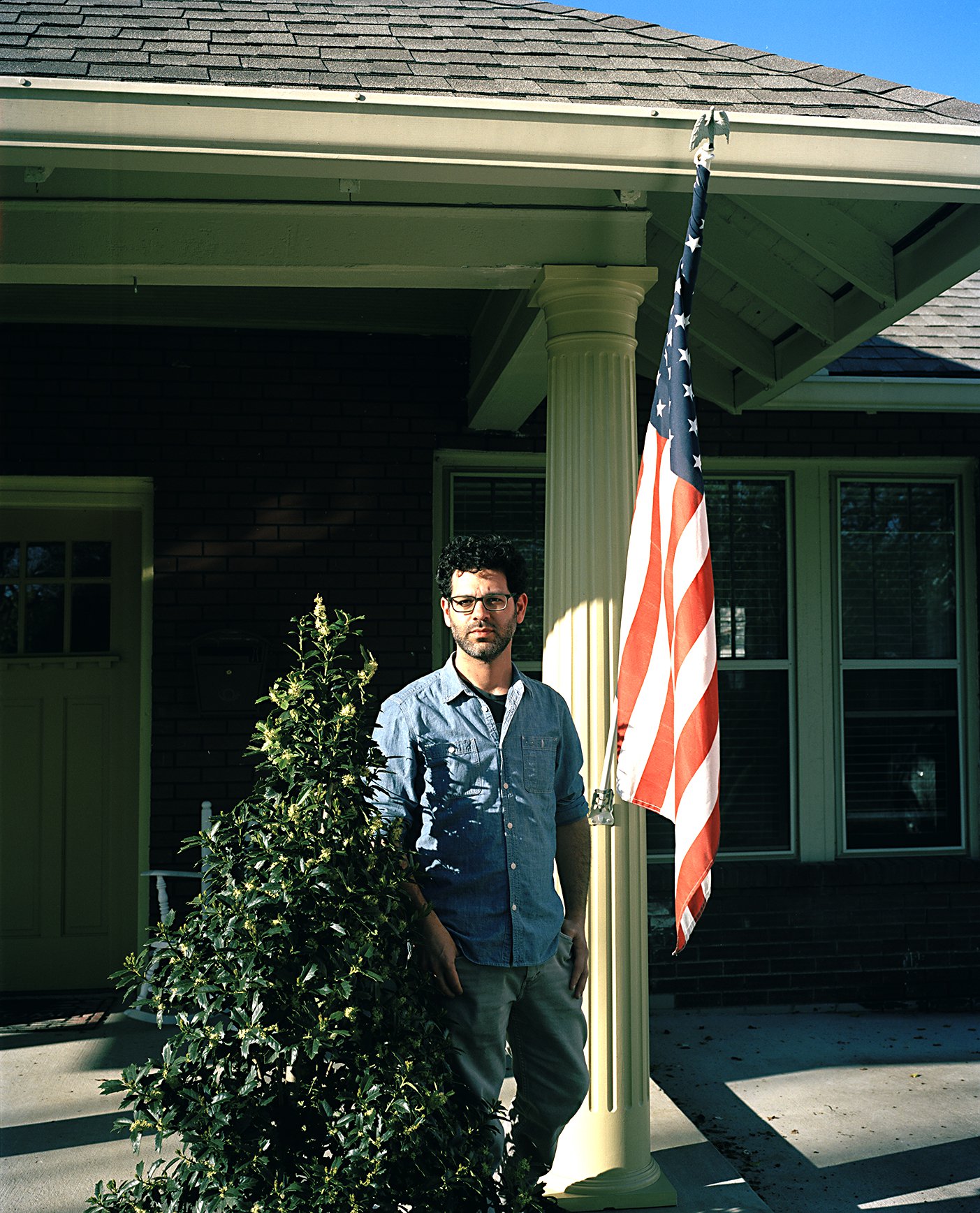 So when Abdelaziz got a gig in New Orleans, Louisiana, she decided might as well start her tour of the US there. From New Orleans she travelled to Mobile, Alabama, and then to Florida. She made her way up through North Carolina and Kentucky, eventually crossing the country to travel up the west coast from California to Seattle.

The trip took four months. Abdelaziz covered around 15,000 miles, and she did it alone.

Abdelaziz said she didn’t know what to expect. She had been told so many different things. Well-intentioned friends had warned her that as a woman travelling alone people might try to take advantage of her, that people would be racist, that they wouldn’t be nice.

“But that didn’t happen to me — I had an extremely good experience everywhere I went,” she said. 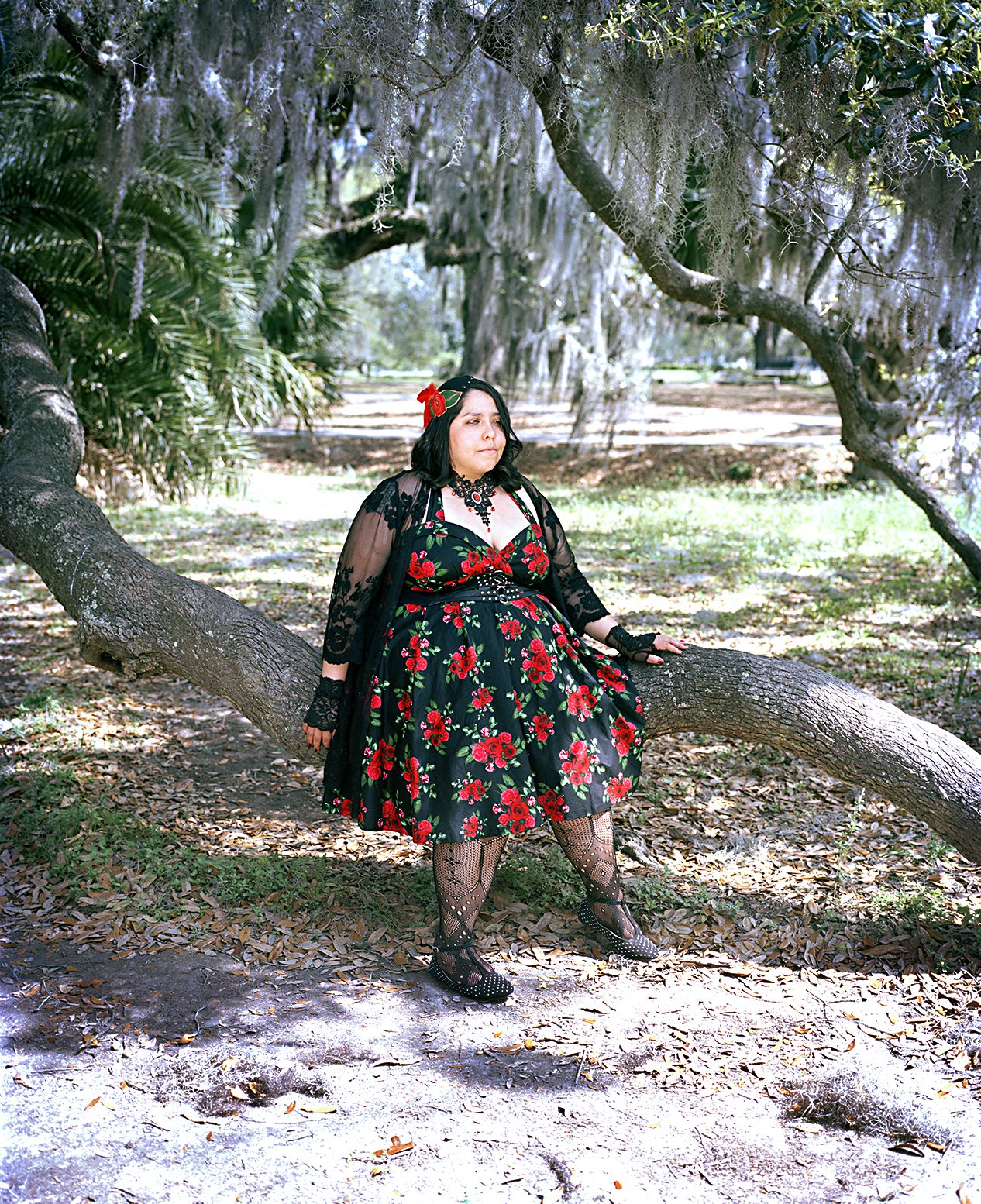 Abdelaziz made a concerted effort to meet and talk with people everywhere she went and though she hadn’t initially planned on turning her trip into a project, the more people she talked to the more she wanted to capture the America she was experiencing.

Since her goal was to determine what being a US citizen would mean to her, Abdelaziz’s only requirement was that her photo subjects be citizens. Aside from that, she made it her goal to meet and shoot people from all facets of the country.

Present yourself the way you think is most representative of you — that was her only instruction. Abdelaziz let her subjects decide when, where, and how they wanted to dress and considered herself just a facilitator in the process.

In total, she photographed around 120 people throughout her trip, collecting quotes and stories from her subjects as well. She hung onto them all, unsure of what to do with them.

Abdelaziz took her trip in 2016 before the presidential election, bearing in mind that she would be able to vote if she decided to become a citizen. So she made a point of asking people she met who they planned to vote for. She said she was surprised by the responses she received.

The reason “why always ended up being a very personal or emotional reason — and it’s impossible for statistics and labels to be able to infiltrate that logic,” Abdelaziz said.

“So stop labelling people,” she advised. “I found that a lot of stereotypes about people and places were not true.” 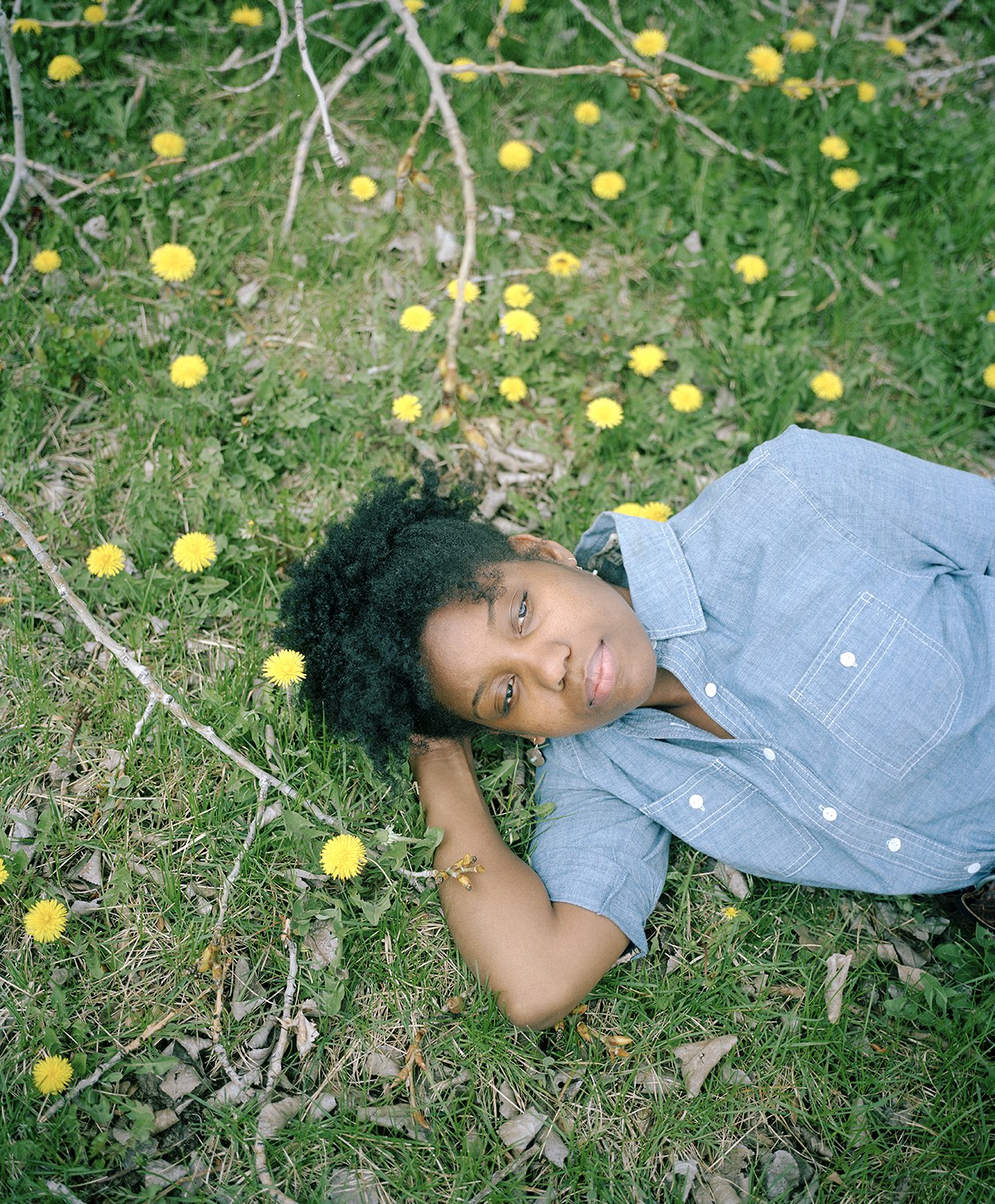 Through her travels and interactions with people she found an answer to her initial questions, she found her own definition of the American identity.

When she began her journey, Abdelaziz said she wasn’t sure what being American meant because US citizens are so diverse. But over the course of her trip she said she realized that diversity is what defines the US.

“The mix of people and cultures — that’s the American identity. It’s a layered identity,” she said. “Everyone is different  — and that’s the whole concept behind the country.”

The US was created by people who thought, “Let’s create a country and invite people from all over the world who want to start new lives. Everybody can come, everybody is welcome. And we’ll build this country,” she said.

“Everyone came from somewhere else, or their parents did, or their grandparents did,” she said. “I fit in because I’m different — and that makes me like everyone else.”

So when she returned from her trip, she became a citizen. And she voted.

Shortly after Donald Trump was elected president, Abdelaziz says she saw things around her begin to change, particularly in January when President Trump signed the travel ban executive order.

“There was a Muslim woman, who I photographed, who lives in New York City — born and raised in the Bronx,” Abdelaziz shared. “And she was verbally attacked on the train twice in three months after the travel ban...so she doesn’t take the train alone anymore.”

“When you tell people that Muslims are dangerous and they shouldn’t come in, how will they react?” she asked. “Of course, they’ll be scared of the people who have already been here.”

Take Action: Tweet at President Trump urging him to open our borders to Syrian refugees

“Ignorance leads to fear. You’re always scared of what you don’t know,” Abdelaziz said. She worried that the things she believed defined the US and made it strong were on the verge of changing radically. 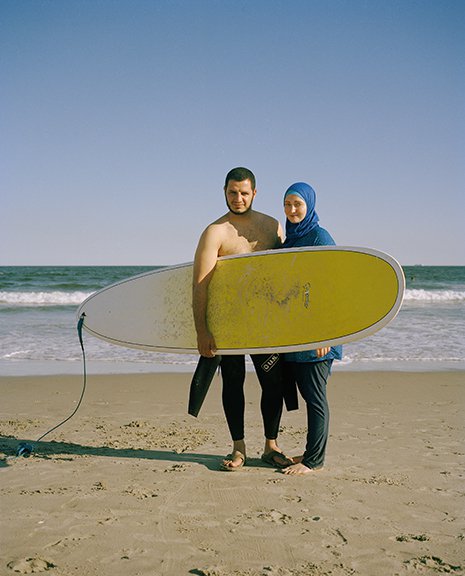 “I thought, let’s resist the fear of the ‘other,’ let’s show them that we’ve been living together for years and have made this country successful over a relatively short period of time. Because some people forget,” Abdelaziz said.

Some people have been here for so long or are the descendants of immigrants who arrived so many years ago that “they don’t see those roots anymore or realize that what it means to be an American is to be different and be accepted.” she said.

Read more: This Immigrant Mom Worked for Michelle Obama — And Then Decided to Run for Office Herself

So Abdelaziz developed “WE THE PEOPLE” as her own form of resistance and as a reminder that the US’s diversity is what makes it great.

The conceptual photography book, which is being funded on Kickstarter, it unlike any traditional book. Made up of photos of people, places, and quotes, it has no beginning, no middle, and no end.

Abdelaziz says binding the photos into a conventional book would have required her to put people in some kind of order. It would have forced her to prioritize some stories over others.

And that’s not the point. “WE THE PEOPLE” is a project intended to reflect America’s simultaneous diversity and unity. And all the pieces of the book — the photos, the quote cards, the names — will be contained in one box that folds out into a map of the places she traveled. But the content in the box will be free floating. 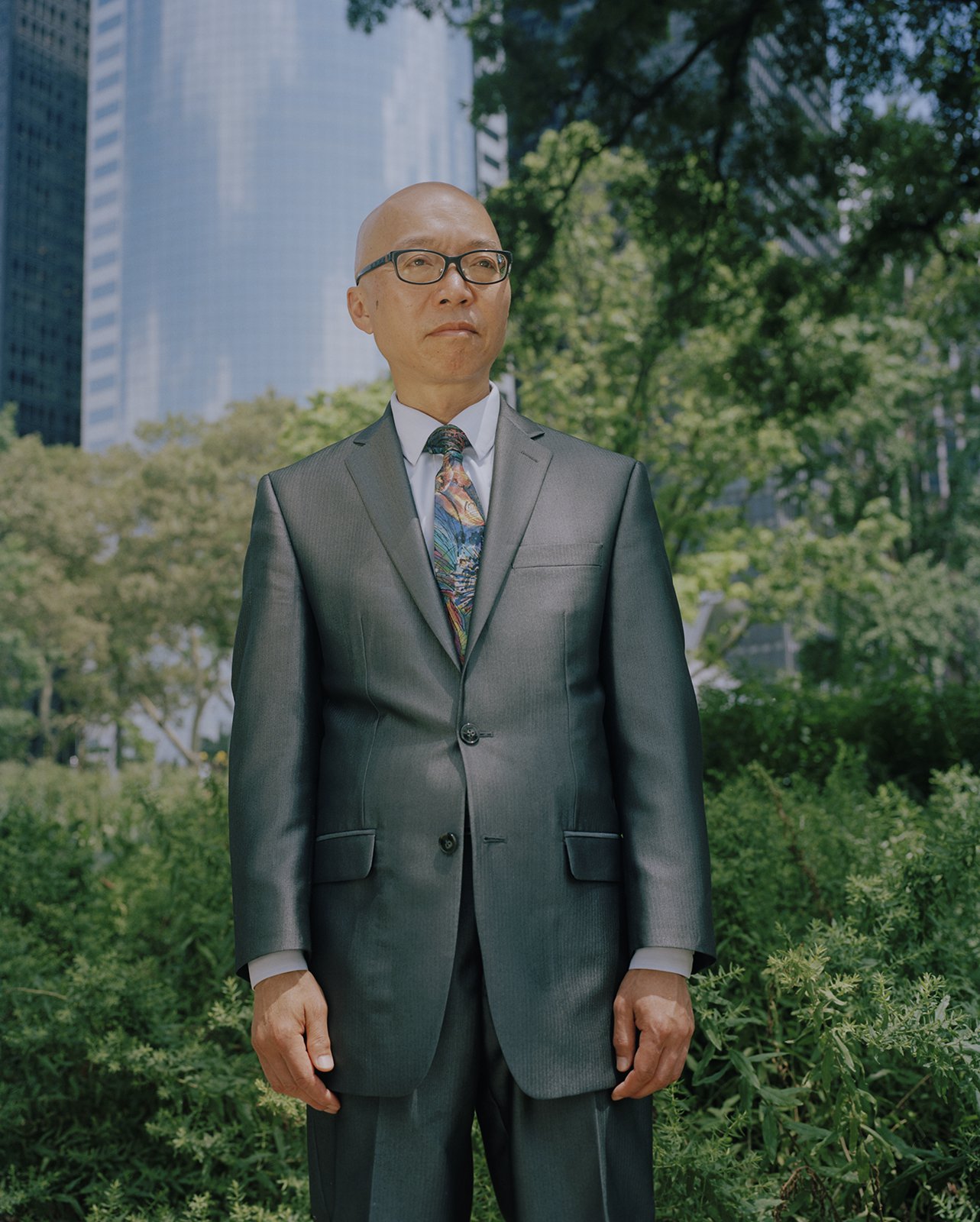 Abdelaziz said her goal is for everyone to have a journey and learning experience like the one she had. It’s up to the reader to pick the order in which they look at photos or read the text — like a choose your-own-adventure story.

“When people tell me ‘Americans are like this or that,’ I’m like ‘which one’?” Abdelaziz said. “You can’t put Americans into a box, maybe tons of boxes, but not one.”

“So I want to literally take everyone out of their boxes and remove their labels.”

“I want people to think about who might have said what and where this photo could have been taken. And every time you look at it, you can look at it differently,” she explained.

She hopes the book will foster dialogue, that it will encourage people to see the US from all different perspectives, and interact with all the possible narratives behind the photos.

“I try to accept people who think the opposite of what I do, you don’t have to be scared” of what they think just because you don’t agree, she said. “Even if those differences make you uncomfortable, they are what makes this country strong … just because [someone who supports Trump] thinks differently than I do, doesn’t mean I should alienate them. Then I would become part of the problem.”

If every country were a type of vitamin, the US’s diversity would make it a multi-vitamin, she said — stronger and healthier for all its differences.

Her message is to take those differences and “live with them, accept them, and honor them.”