Refugees Come to the US $2,000 in Debt, But This Woman Has a Plan to Fix That

Collective action may be the best way to help refugees resettle, according to Miry Whitehill. 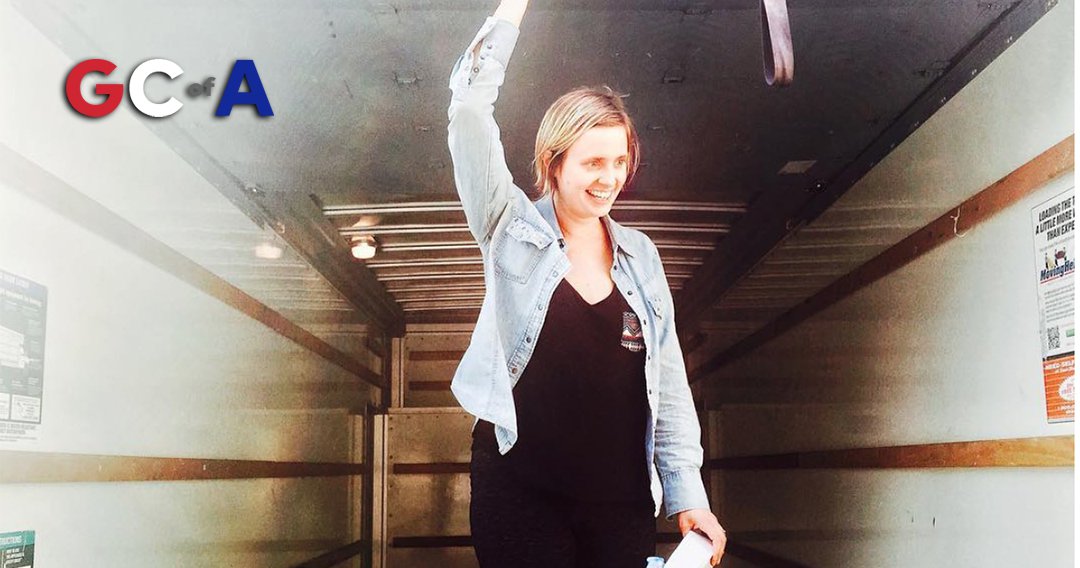 “My friend asked me for a Jumperoo,” Miry Whitehill says. “That’s where it all started.”

Whitehill, the founder of a nonprofit organization that crowdsources items for refugees,  didn’t set out to start an organization like Miry’s List, but then again, she did have a Jumperoo on hand.

In July 2016, before donating old toys to refugees, Whitehill knew little about the lengthy and complicated refugee resettlement process in the United States.

As Whitehill began to learn more, it was the financial challenges that refugees encounter during resettlement that stuck with her the most.

Take Action: Stand Up For Refugees

The self-proclaimed stay-home-mom who previously worked in advertising was also stunned to find that refugees pay full price for their flights to the US. When refugees arrive they often pay for their own motels while a resettlement agency helps them look for housing, she told Global Citizen.

Flights to the US for refugees are paid for by the International Organization for Migration via funding from the US State Department’s Bureau of Population, Refugees and Migration. Refugees must then pay back the State Department which puts loan repayments into US refugee programs.

The average refugee family resettled in the US takes a $2,500 loan from the US State Department to cover the cost of a flight, housing, and basic needs when they arrive. That loan take three-and-a-half years to repay, Newsweek reports.

Refugees also don’t get any tax breaks or discounts when looking for housing and, jobs, and they have only a three month grace periods to begin paying back their debt, Whitehill told Global Citizen these are two major obstacles for refugees coming to the US.

But among all these challenges, Whitehill also saw an opportunity to change the system, or at least bypass some financial obstacles that refugees encounter when resettling in a new country.

Miry’s List’s started with Whitehill and a friend last summer and now has grown to 30 employees who work with over 100 refugee families primarily from Syria, Afghanistan, Iran, and Iraq and who are resettling in Southern California.

“There are so many people who are honored to provide for refugees and we provide the avenue for that,” she said.

“Right now, what we’re doing is creating that platform for families in unsupplied or undersupplied homes. It’s very simple. Very humanitarian in a direct way,” she said.

Every refugee needs different things in order to feel safe in the US but often resettlement agencies make educated guesses and can miss the most important portion of what a family truly needs, according to Whitehill.

“The goal of our program is to try to take refugees in the transition from ‘survive’ to ‘thrive,” she said. “They all start in survival mode and we want to get them to thrive.”

Miry’s List does this by allowing refugees to make their own decisions when it comes to what they need. That decision-making initiates a process whereby refugees begin to feel less helpless and can then take steps toward a life where they feel comfortable and safe, Whitehill said.

Miry’s List will ask a refugee in the program to pick something as simple as the color of a set of bedsheets, a small but comforting decision, which can have an immense empowering effect, according to Whitehill.

The program also works in a cycle for refugee families who participate in Miry’s List. Refugees families who come out of survival mode, feel safe, find housing, find a job, and want to give back to others can then help new refugees coming into the program.

“When someone can look outside themselves and say, ‘Okay now who can I help?’ that’s the measurement and benchmark that we use to define ‘thriving.” Whitehill said.

Miry’s List also includes a supper club to help refugees integrate with neighbors in their community. Refugee families share and cook recipes from their home countries for those in the community during Miry’s List’s supper club dinners.

Whitehill's next big venture for the organization includes building out a platform for global citizens to pull funds together to pay for refugees flights. She hopes to have the next crowdsourcing platform ready by next year.

“When someone can look outside themselves and say, ‘Okay now who can I help?’ that’s when you know they’re thriving.” Whitehill said.