Within the world’s most vulnerable population a group is overlooked. Perez is filling that void. 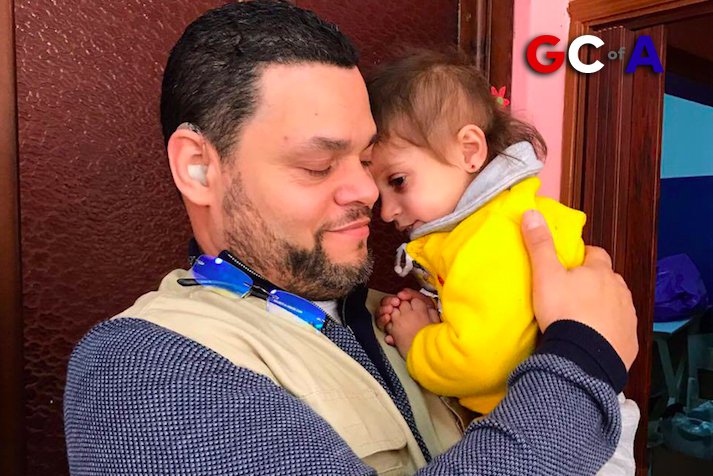 Global Citizens of Americais a new series that highlights Americans who dedicate their lives to helping people outside the borders of the US. At a time when some world leaders are encouraging people to look inward, Global Citizen knows that only if we look outward, beyond ourselves, can we make the world a better place.

Imagine if the language spoken by the people closest to you was incomprehensible. Or, worse, that you never had access to the resources that could teach you that language in the first place. Imagine how this would shape and limit your life. Despite the efforts of the American Sign Language (ASL), there’s a still void between deaf individuals and the rest of society because of this communication gap.

Gregory Perez wants to close that void, not only in the United States, but also overseas where the audiological needs of a growing number of refugee children have gone largely overlooked.

Perez is the founder of Deaf Planet Soul (DPS), a Chicago-based non-profit that provides resources and support for the deaf community. In true Global Citizen fashion, helping people within the United States wasn’t enough, so the organization started a refugee initiative, travelling to camps in Lebanon where they helped Syrian children who have suffered damage to their hearing as a result of the conflict.

For Perez, it’s an initiative culminating from a lifetime of advocating for equal access for the deaf community.

Growing up in the Bronx, New York, Perez experienced discrimination not only for being deaf, but also as a Puerto Rican man. So he decided to do something about it.

“It pissed me off and I always just wanted to change it. My job growing up was to prove them wrong, to show that we are no different,” Perez told Global Citizen through DPS Vice President Zaineb Abdulla, who acted as an interpreter. 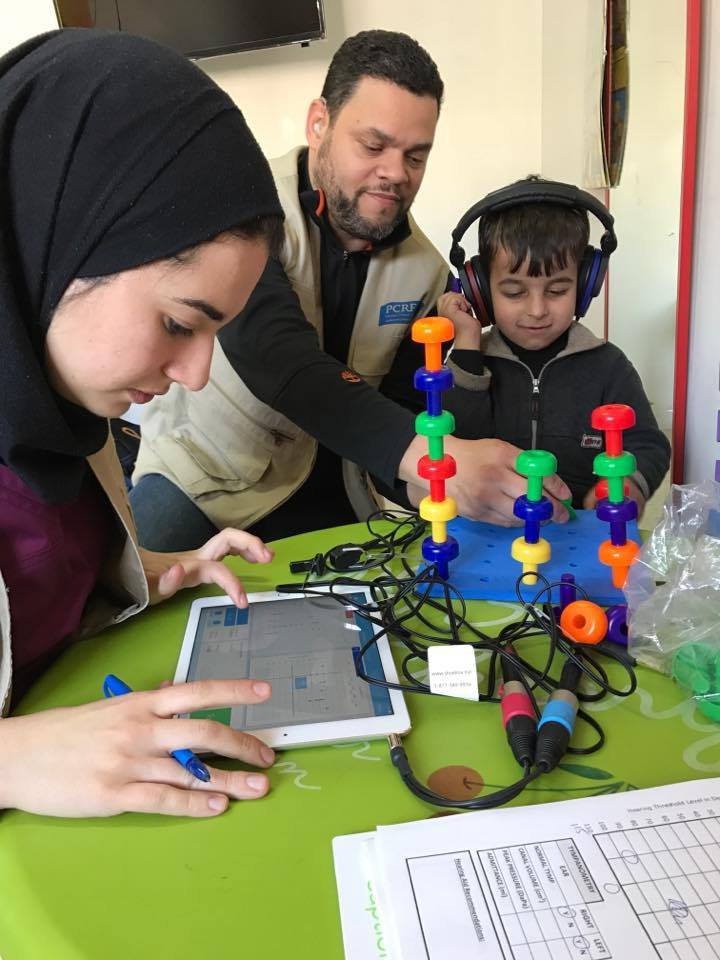 DPS’ origins go back to 1995 when Perez was in college at the National Technical Institute for the Deaf, a college of Rochester Institute of Technology (RIT), where he studied business. Initially, the group worked to make a rock festival more inclusive to deaf individuals of different races. After following his fiancé to Chicago, Perez launched DPS as a non-profit in 2015.

People who are deaf and hard of hearing face greater isolation, which can hinder the development of social skills. DPS’ goal is to break down these barriers in communication and provide better education to improve inclusivity for the deaf community.

Read More: This Chicago Band of Global Citizens Is Raising Money for and Giving a Voice to Syrians

“There are people who want to become a rapper, or participate in boxing, or artists who just want to be able to access these things,” he said. “Deaf people can be skilled but don’t have access because of communication disparities. Work places won’t let them in and see for themselves, so I’m taking advantage and filling a void.”

Filling a void indeed. Among the organizations’ most impactful initiatives is a deaf community center which provides support, socialization, and networking in five main areas: fitness, arts, education, employment, and entertainment. Across these disciplines the center features programs like sports leagues, a photography studio, ASL classes, college prep workshops, and internship opportunities, to name a few. 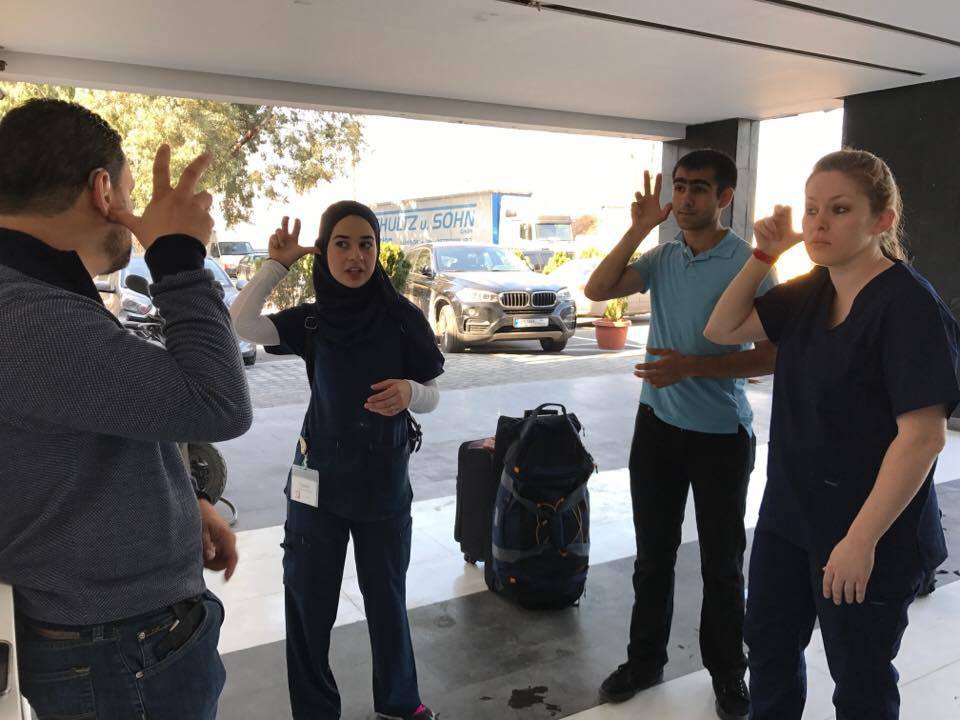 But DPS wants its positive impact to be felt well beyond the Windy City. Like Perez, the organization’s staff draw from their own life experiences as inspiration for helping others. The refugee initiative was born out of this sentiment.

Abdulla has experience in humanitarian aid and was a refugee herself.

“She asked if we could set up a refugee program and I loved it,” Perez said. “There’s a huge, unprecedented rate of hearing loss among Syrian refugee kids and no organization has ever worked to provide audiological care. It’s another void that we wanted to fill.”

There are countless NGOs and humanitarian aid organizations doing amazing work on the ground to help alleviate the refugee crisis, but none had focused on audiological aid until DPS. Perez believes the oversight is due to the fact that while hearing injuries are pervasive, they’re less conspicuous than other forms of suffering. 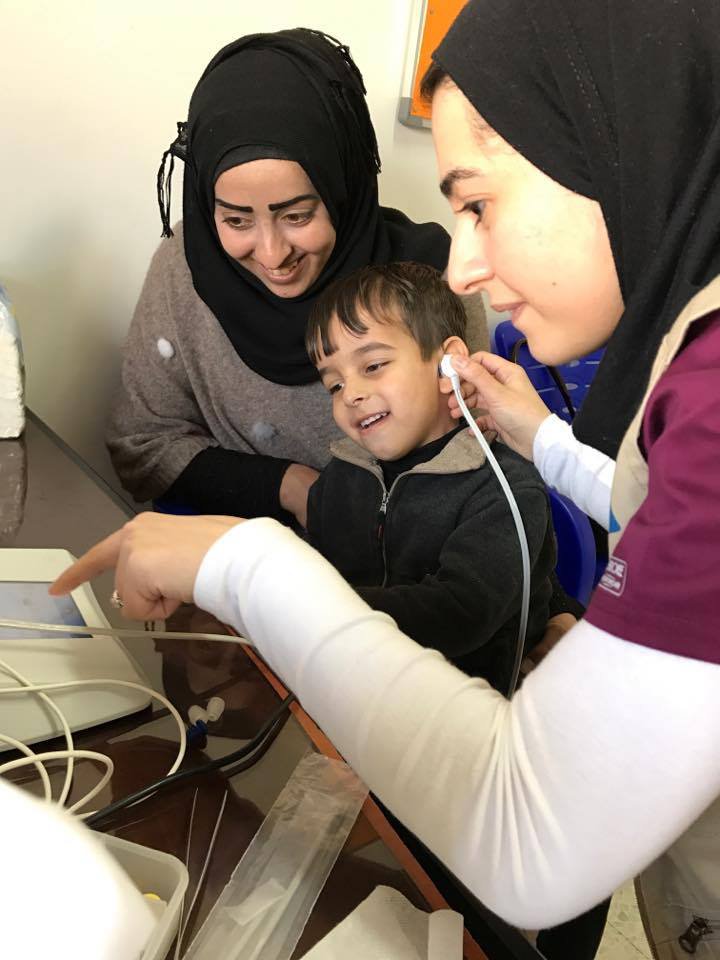 “Most organizations help with things like food and clothes,” Perez said. “They see the visual injuries but they forget about the injuries you don’t see. It’s less obvious.”

DPS travelled to different refugee camps in Lebanon assisting with screenings and providing hearing aids with custom made molds and a twelve month's’ supply of batteries. In their unyielding effort to help deaf children communicate, they also worked with Lebanon's Learning Center for the deaf to provide resources in Lebanese Sign Language.

In all, they screened 170 children, educated 255 parents about how they can help, and distributed 117 hearing aids. Still, the need for hearing aids surpassed DPS’ supply.

“Our first mission we began running out of hearing aids on day two and had to make the difficult decision to give one hearing aid to each child instead of two,” Perez said.

They won’t let that happen again. DPS is about halfway to meeting their fundraising goal for their next trip, raising money through a crowdfunding page, in addition to hosting a fundraiser dinner in Chicago. They have another social event in the works for New Year’s Eve. 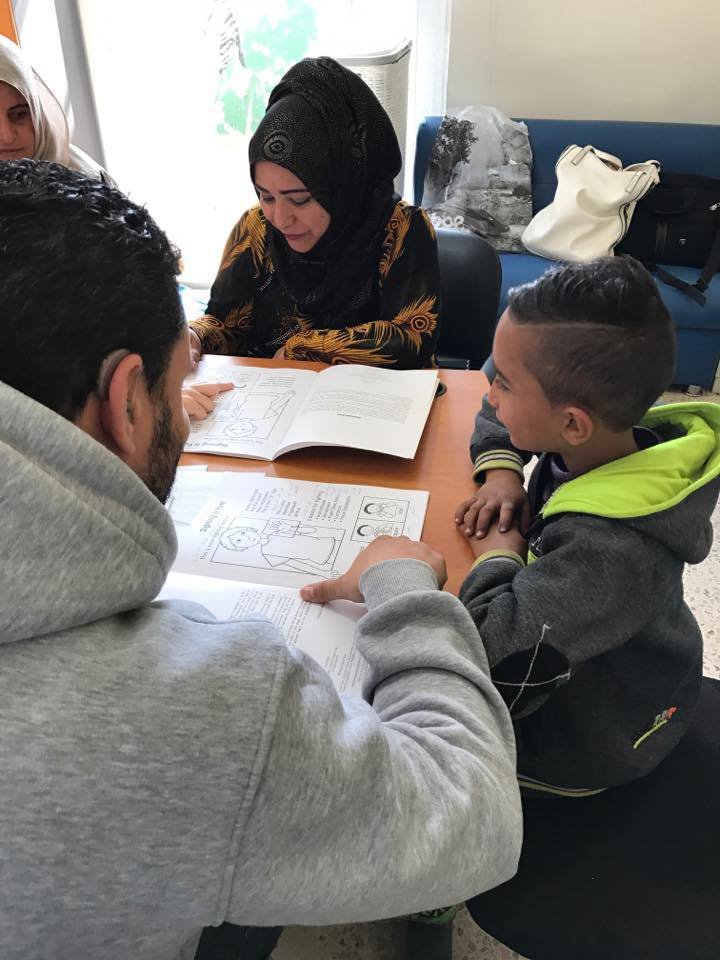 Perez says his business background definitely translates to the non-profit profit world, but with one major caveat.

“A business thinks about business and making profit. What’s different about us is that it’s not about us because there is no profit. It’s about helping others.”

About 3 out of every 1,000 children in the United States are born with a detectable level of hearing loss in one or both ears, more than 90% of them born to hearing parents, according to the National Institute on Deafness and Other Communication Disorders. Almost 29 million Americans could benefit from hearing aids, which cost thousands of dollars.

DPS is providing tangible benefits to a disadvantaged community that’s largely overlooked. But it’s not just about helping deaf people join the hearing community and survive in a world where hearing is one of the most dominant senses. Part of the effort is changing the public’s perception about sign language as a mode of communication.

“We need people to learn sign language and to understand deaf people to break down these barriers so these two worlds can become one.”