This Tequila Company Wants to Convert Liquor Waste into Fuel

Environmentally-conscious margaritas for everyone. 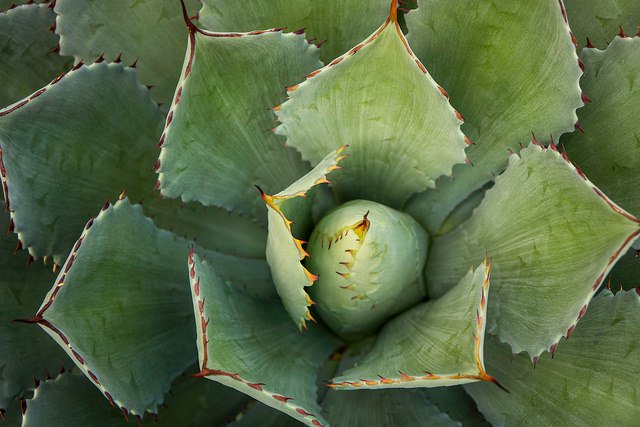 TEPIC, Mexico, Feb 24 (Thomson Reuters Foundation) - One of Mexico's most famous tequila companies, Herradura, hopes to turn into fuel the thousands of tons of waste it generates each year from the spiky blue agave plants used to make the spirit, and cut its energy bill, said its engineering director.

Read More: This ‘Bionic Leaf’ Is Turning Sunlight Into Fuel

Herradura, Mexico's second-biggest tequila company behind Jose Cuervo, says that by drying out the 150 tons of fibrous agave waste it generates per day and turning it into biomass to fire up the huge boilers it uses to steam the plant, it could potentially generate 30 percent of the energy it needs.

"Simply, we have to squeeze out the water to recycle it and use it as a fuel," said Guillermo Rodelo, director of engineering at Herradura's plant in Amatitán, a few miles from the colonial town of Tequila in Jalisco state.

"We're trying to reduce our environmental impact and have sustainable processes," he said by telephone.

While finding machinery to dry and process the huge quantities of wet fibrous waste is tricky, Rodelo said the company hopes to have its system up and running within a year.

Herradura has already shaved its energy bill by converting the residues known as stillage from its tequila-making process into biogas, which now provides about 20 percent of the energy used by the company, he explained.

"The first big step was the one we did with the stillage to create biogas. Before it went to the agave fields, but this is much more sustainable," said Rodelo.

Like French champagne, blue agave tequila has a protected designation of origin, and can come only from the five Mexican states of Jalisco, Guanajuato, Michoacán, Nayarit and Tamaulipas.