By Tom Guettler  and  Erica Sánchez

This 'bionic leaf' is turning sunlight into fuel

This is a game changer.

By Tom Guettler  and  Erica Sánchez 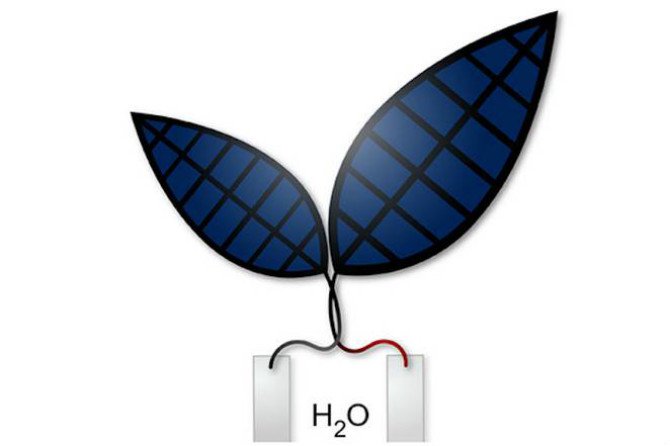 Nocera says, “This is a true artificial photosynthesis system.” What he didn’t mention is that the artificial leaf does photosynthesis better than a real leaf. The most efficient photosynthetic plants in nature convert sunlight into biomass at a rate of only around 1%. The “bionic leaf” has an unbelievable efficiency level of 10%. The other advantage of photosynthesis is that it takes carbon dioxide out of the air. This leaf does that ten times better than a natural one and produces liquid fuel. What a deal!

“Bionic leaf 2.0” is an improvement on a previous project, and Nocera believes it could turn the liquid fuel industry upside down. “Instead of having a gas station, the sun is hitting your house, you have an artificial leaf, you could be generating your own fuel,” says Nocera. Is anyone else excited to plant their first fuel-producing artificial garden?

The bionic leaf is easy to use and does not require extensive space which makes it the perfect renewable fuel source for the developing world. Further, the system is self-healing which means that it does not have to be constantly replenished to continue to generate fuel, and it does not require a repairman.

That makes this invention especially exciting for the 1.2 billion people who do not have access to electricity. The vast majority of those without power, about 80%, live in rural areas where they are incredibly unlikely to be able to gain access to an electricity grid anytime soon. Nocera’s artificial leaf allows the rural poor to circumvent government inaction.

Access to liquid fuel isn’t just important for being able to turn the lights on either. A staggering 38% of the world does not cook with clean facilities, largely due to a lack of a clean fuel to burn. Each year 4.3 million people die due to indoor air pollution from unclean cooking procedures. The great news about the liquid fuel produced by the ‘bionic leaf’ is that it burns cleanly!

Nocera’s vision for the ‘bionic leaf’ project since its inception has been to provide an energy solution for the developing world. For years he has taken issue with the traditional style of American energy start ups. He described this method as attempting “to cram it down India’s throat” in order to gain the rapid return on investment that American investors demand.

The 'bionic leaf' project will be using a different strategy. Nocera plans to hand the project over to Indian scientists so investments have to be made in India, which keeps it free from investors seeking to exploit the world’s poor.