How 249 Photos Are Empowering LA's Homeless

Schoeller, who is German, began capturing the stories of Los Angeles’s burgeoning homeless population after being introduced to the owners of the Greater West Hollywood Food Coalition in 2015.

The project would later come to life on his Instagram account, where he’s posted more than 200 portraits of homeless people, which can be seen by an audience of nearly 200,000 followers.

Years later, Schoeller is wrapping up his project, but not before having created a powerful feed of images that shed light on the growing issue of domestic poverty. His timely project coincides with a rise in homelessness across the country, with a concentration in the West.

The number of people experiencing homelessness increased last year for the first time in nearly a decade. Last year, more than half a million people slept in cars, tent cities, or shelters, in one of the richest countries in the world.

Global Citizen campaigns on the Global Goals for Sustainable Development, including goal number one: no poverty. This includes implementing “nationally appropriate social protection systems and measures for all.” You can join us and take action here.

Schoeller’s subjects are hyper-focused, each of them framed by a white background. His portraits of world leaders are no different in substance than his portraits of the men and women living on the streets.

Global Citizen spoke with Schoeller about his project, what he learned about homelessness, and his upcoming work:

Could you tell me about some of the work you do as a photographer? 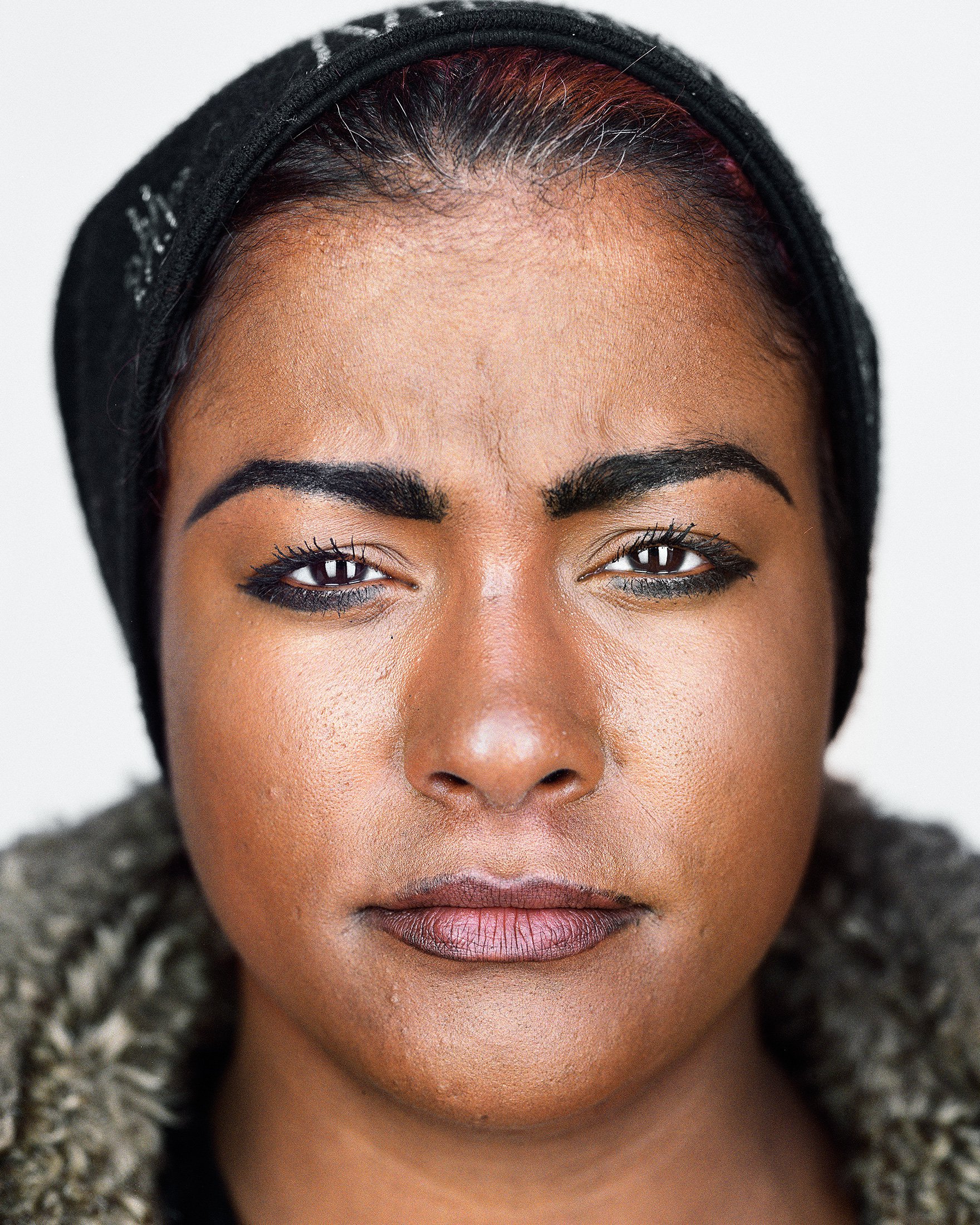 Could you tell me a little bit about your latest project, photographing homeless people in Los Angeles. What sparked the decision to take this population as the subject of your photos?

An old friend of mine, Audrey, kept on telling me about how her parents run a food coalition in West Hollywood, and that they’ve been doing it for 28 years. I’ve always been intrigued by her stories about her parents. She would sometimes wake up in the morning as a child, getting ready for school, and there was a number of strangers sleeping in her living room.

So, [after talking to her parents] I set up my studio next to the camp and ended up photographing some of the clients of the Greater West Hollywood Food Coalition. I was so intrigued by how open these people were toward me.

Listening to their stories, I thought to myself, “Oh maybe I finally found some use for my Instagram feed.” I’ve never wanted to have an Instagram bragging about my privileged life and getting into this competition [of] who has the greatest, most interesting life. That never suited myself. But then I thought, “Oh my god, this Instagram project could be perfect. I can use my [camera] to bring awareness to this ever-growing epidemic.”

What have you learned by speaking with these people?

It’s easy to judge people living on the street, but once you talk to them, you realize that some have really deep rooted issues that you can’t really blame them for. And then many people, I was mad just at them. They had like three, four kids with a different woman, don’t seem to care about their kids, just a smoker, crystal meth everyday, and you just want to shake those people, shake the addiction out of them. It obviously is not that easily done. Addiction runs deep. 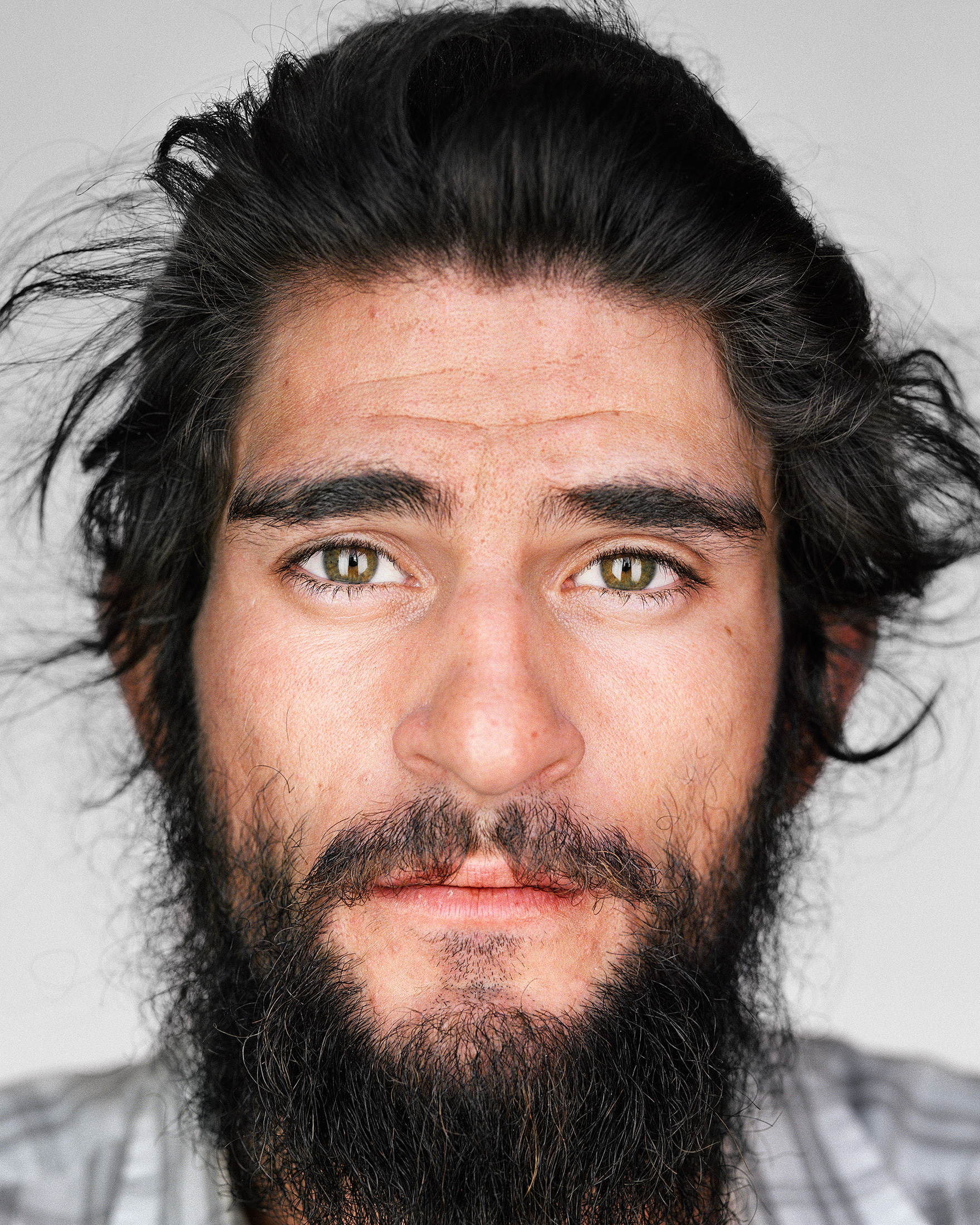 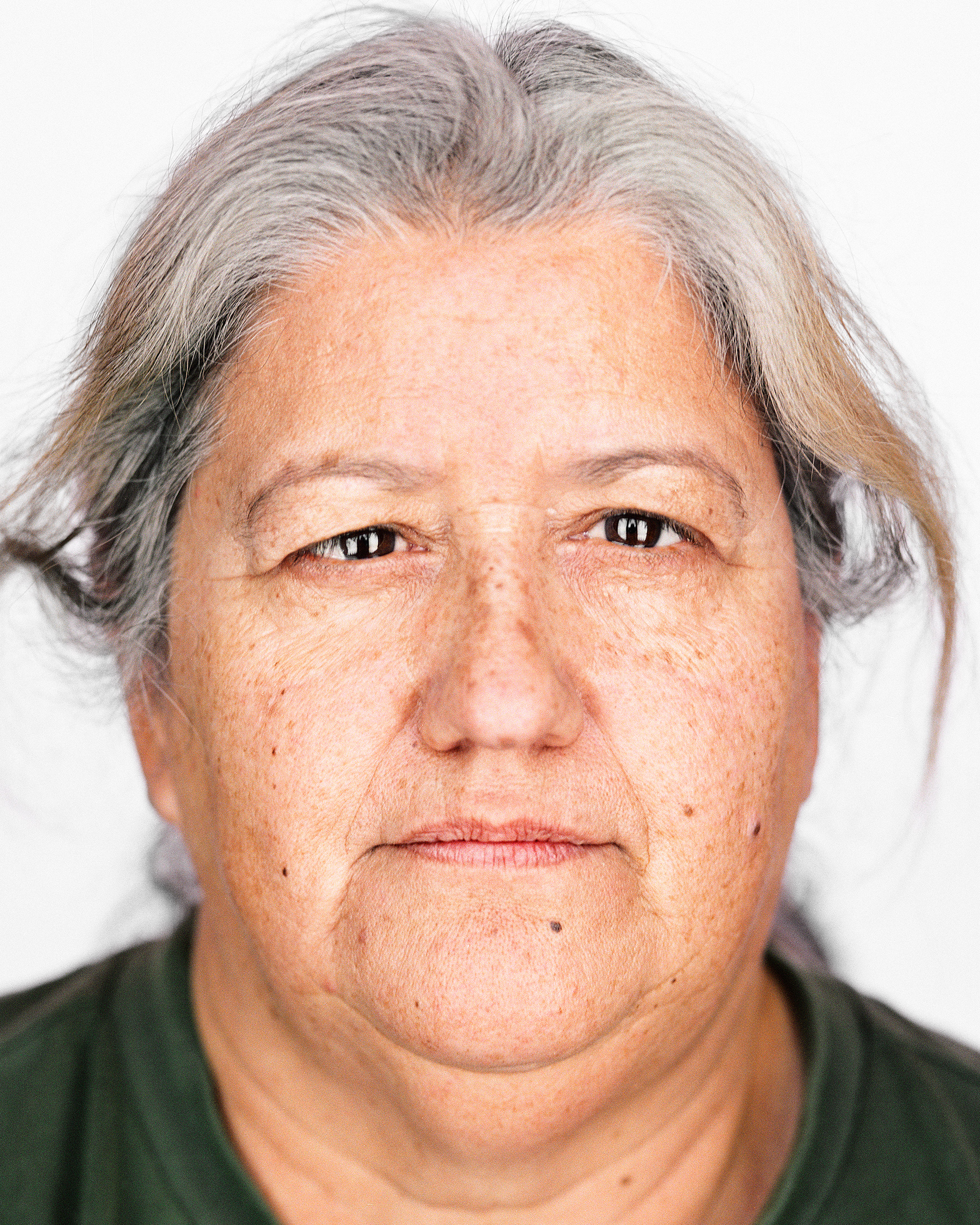 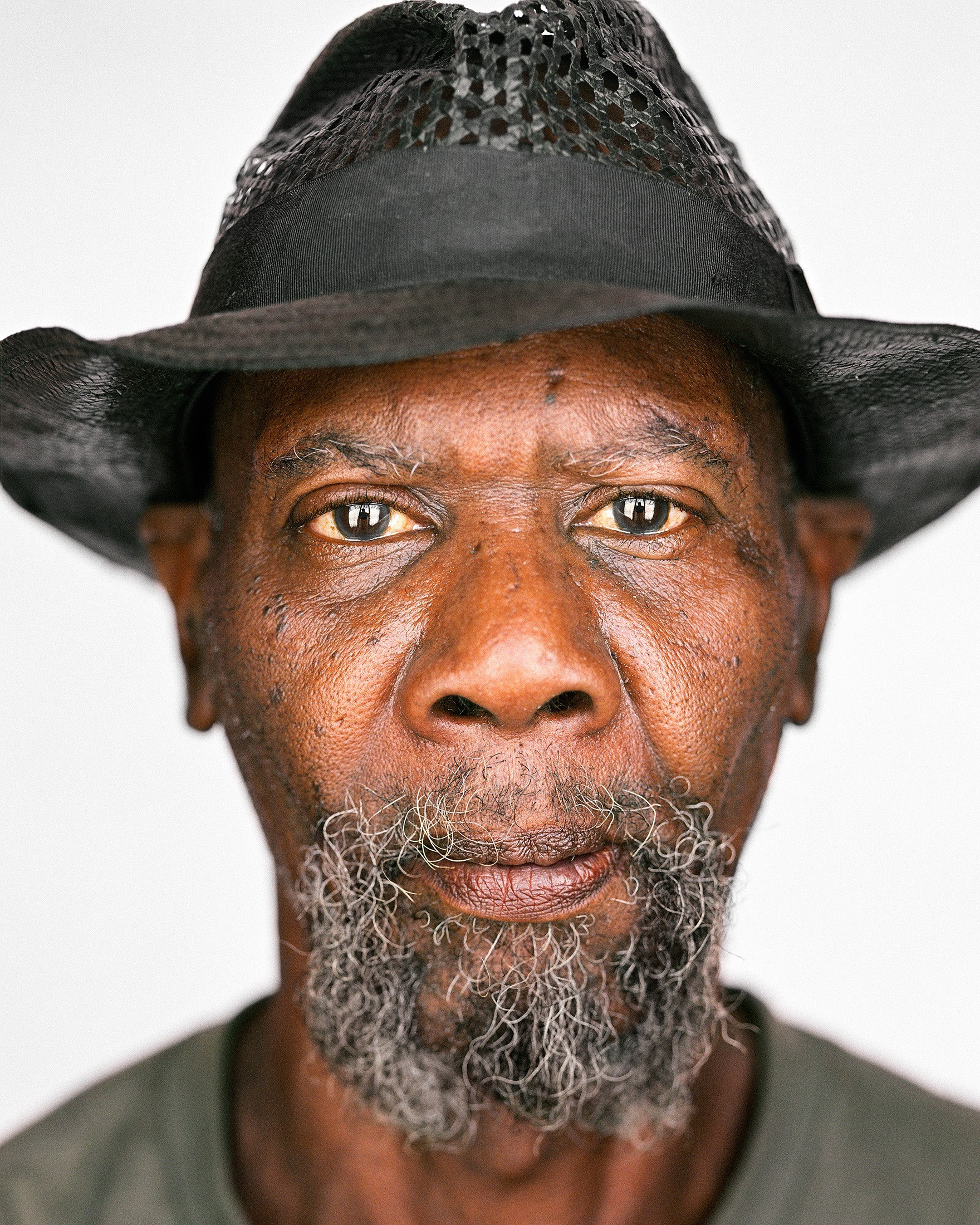 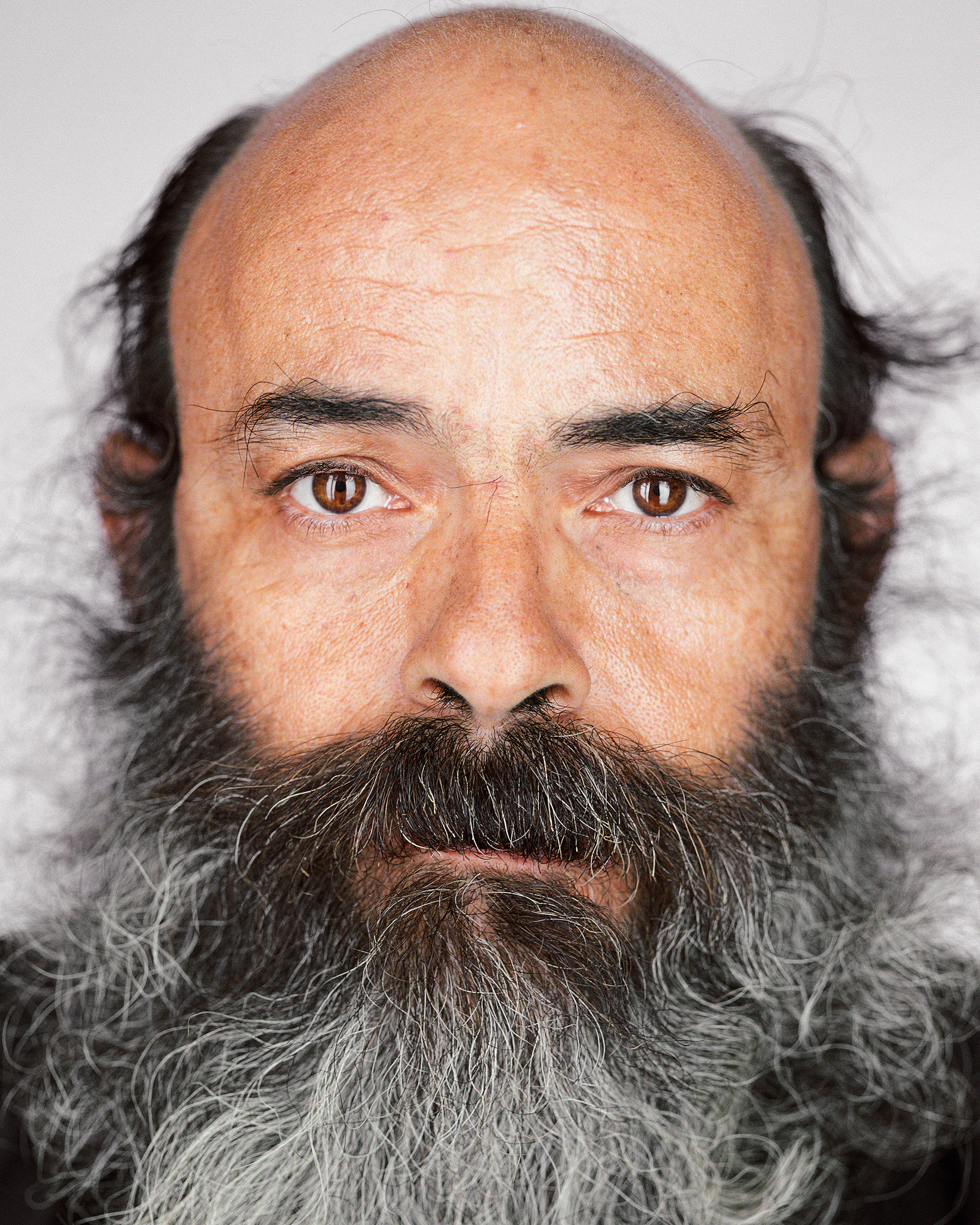 All or almost all of the people that you photograph are just photographed with a white background. What’s the reason behind doing that?

I’ve been doing portraits in this style for 20 years. The first one I took in the exact [same] lighting, with the same background and the same camera and the same film 20 years ago, so I’ve been very consistent in my work. The idea of photographing people from very different backgrounds is to basically build a democratic platform that invites comparison, but gives every person the same treatment. 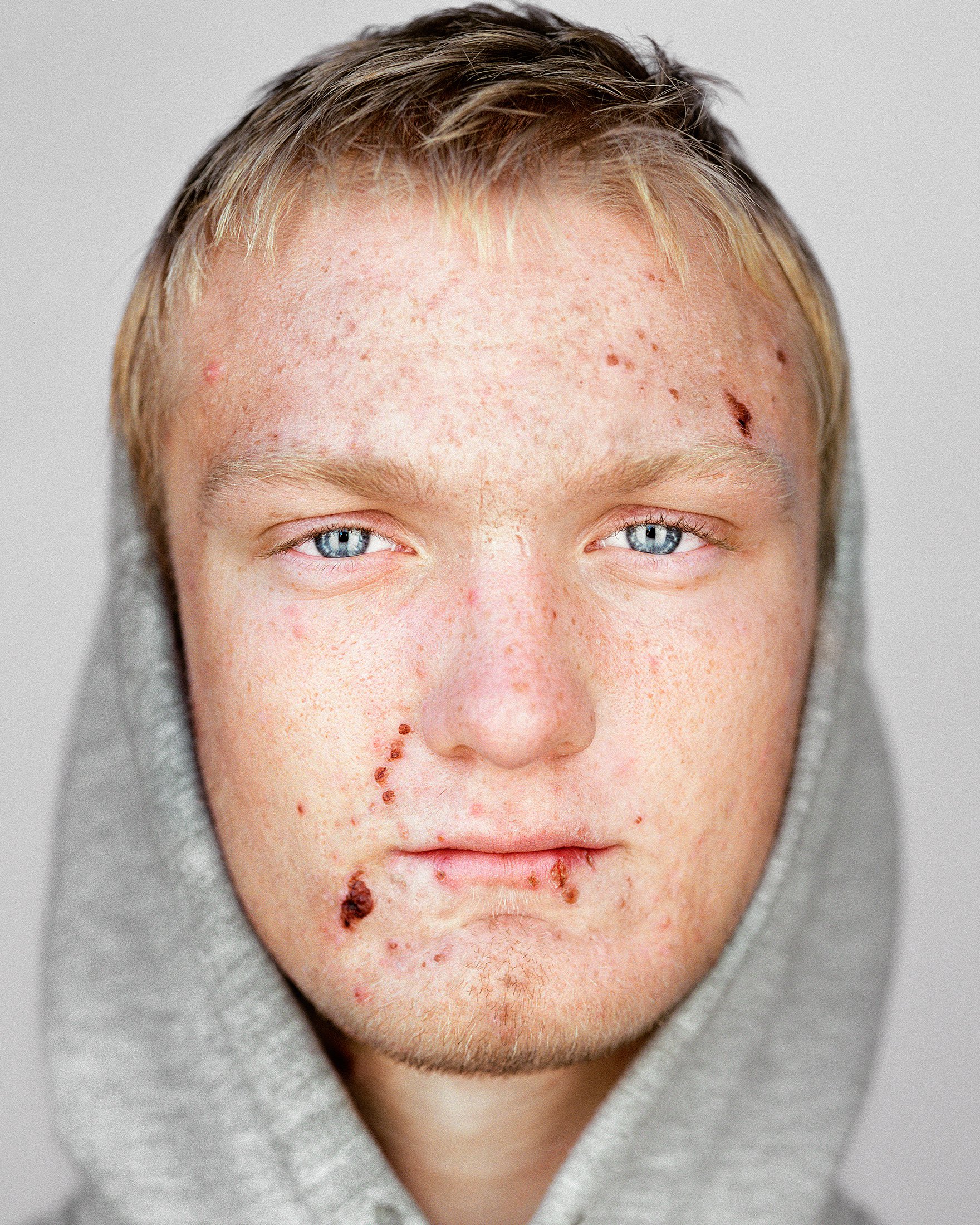 Do you want your audience to take action after seeing these photos?

I hope that people will less stigmatize homeless people — that they will see them as individuals and less as a mass. Once you start hearing individual stories, you can’t just write them off as homeless. Hopefully some people will feel empathy toward these people that are less fortunate than themselves, and maybe decide to help in any way they can, through donations or volunteering, or maybe just a smile or some kind of open gesture toward somebody homeless.

Many of the homeless people I talk to, they tell me that people avoid eye contact, they cross the street, they run away, they are being treated like outcasts. I think that’s also why they opened up so much talking to me because they saw somebody who wasn’t homeless just taking the time to listen to them, and that doesn’t seem to happen that often.

I think one big element that I took away from it myself was that I think most people could be homeless in an instant. If you didn’t have a family or a close network of friends to fall back upon, it can go really quickly. I’ve heard of nurses, doctors, lawyers, people who were working members of our societies, paying taxes, living in apartments, sometimes with their kids. If you have a bad divorce and a bout of depression, lose your job, things can go really quickly into a downward spiral. 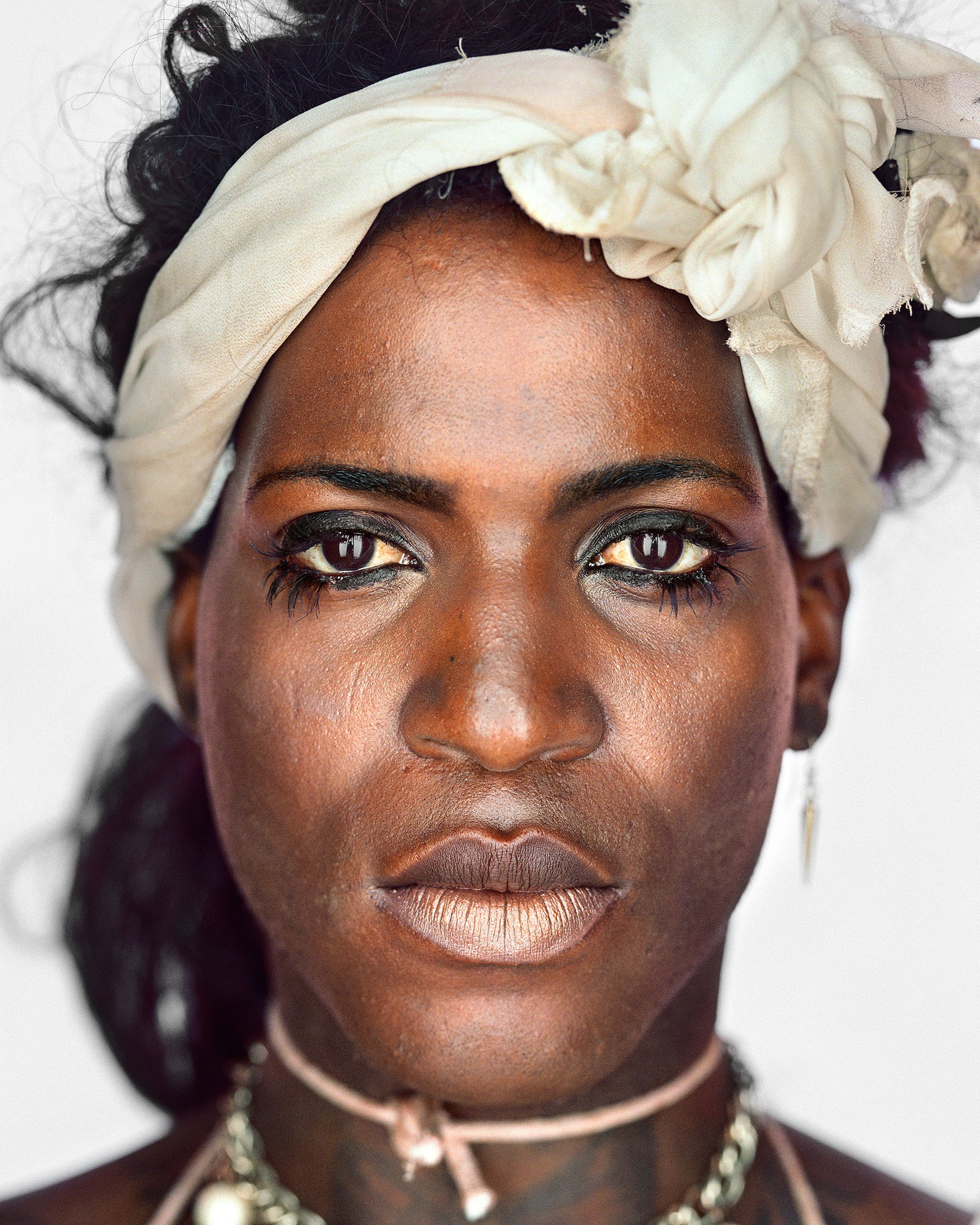 You’ve been doing this project for three years now. Do you plan to continue doing it? What’s next?

I am planning on wrapping it up sometime soon, maybe in a month or two, and move on to a different project. I’ve told well over 200 stories, and I think at some point it’s good to move on. I think a lot of people have seen it, have heard about it, and I kind of made my point. I’m moving on to a project that I call “Believers.” You’ll find out what that will be like.

So, you can’t tell me about it?

Well, it’s about religious figures, so similar format. Different kind of portraits, but I interviewed over 50 people that are from various different religions in New York City.

You can check out Schoeller’s work on his Instagram here and learn more on his website. His work will be on display at the Netherlands Fotomuseum this May.