“Nobody anywhere should be homeless.” 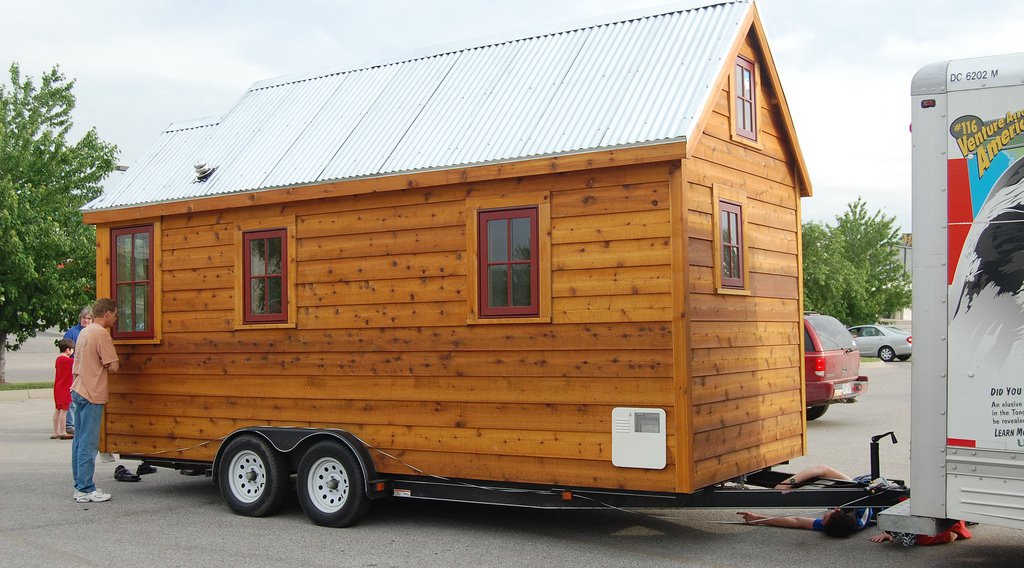 Fourth and fifth grade students in Los Angeles have graduated from playing house to building houses.

For over a year, children ages 9-11 from a local charter school in Santa Clarita have sawed wood, installed floors, and constructed plywood walls of several 28-by-8-foot houses. Local resident and tiny-house builder Elvis Summers leads the building program and teaches the schoolkids how to safely use the tools.

Although the one-room homes on wheels are legally considered recreational vehicles, the children and Summers are building them for an inspiring purpose: to provide homes for their city’s homeless population.

Take Action:Refugee? Migrant? Human Being. Show Your Support for All People - No Matter Where They Were Born

“Nobody anywhere should be homeless, let alone in one of the richest countries in the world,” Summers told Reuters.

Global Citizen campaigns on issues around poverty, and homelessness is one of the most visible forms of poverty in the US. You can take action here.

Summers started building tiny houses for people experiencing homelessness two-and-a-half years ago. He was inspired to start this project after he built a small home (4-by-8 feet) for a 60-year-old woman sleeping on the sidewalk in his Los Angeles neighborhood.

Man builds tiny house for homeless woman: Elvis Summers decided to build a small house for a woman in his… http://t.co/QHD3oCgU0w

Inspired by Summer’s first 4-by-8 foot house, the Santa Clarita Valley International Charter School in Castaic, California, reached out to Summers to ask if a group of fourth and fifth graders could help him build another, slightly less tiny house.

The school children had already designed a blueprint for a tiny house for a sustainability project. So the school set up a GoFundMe page to raise money for the materials, and the project grew from there.

The GoFundMe account raised $28,386, smashing their goal of $19,000, to fund the project. Since that first 4-by-8 foot house he built for his neighbor, Summers thinks he has built around 42 houses, he told Reuters.

The odd couple Elvis Summers & Irene McGhee. She was homeless so he built her this tiny house:http://t.co/oi9buExetTpic.twitter.com/xD8xISKVGW

“To me, it’s just simple: the first thing that anybody needs to do in this problem is housing,” Summers told Reuters.

On any given night in 2016, approximately half a million people were experiencing homelessness; this includes people sleeping in transitional housing, homeless assistance programs, and those sleeping outside, in cars or in other areas not designated for regular sleep.

In the course of one year, about 1.5 million people will experience homelessness, according to the National Alliance to End Homelessness.

While the number of people experiencing homelessness has declined across the US, more affordable housing is needed to address issues surrounding homelessness, according to an annual research study by the Homelessness Research Institute (HRI).

Many US cities — including Detroit, Seattle, Dallas and Nashville— have considered plans for tiny house communities to address the issue of homelessness and to help low-income families become homeowners.

University of Denver Students Speed Build a Tiny House for the Homeless #tinyhousehttps://t.co/RPDm1bS6v8pic.twitter.com/ndsseWSJJ6

But some cities are struggling to get community support for their housing projects.

In San Jose, California, a proposal to build 99 tiny house communities for people experiencing homelessness has been slashed to only two communities after overwhelming criticism from neighborhoods.

The “Not In My Backyard” attitude toward housing people experiencing homelessness is not new, but advocates for the program in San Jose said the level of protest for the project is unprecedented, according to The Mercury News, a local San Jose newspaper.

Despite the criticism, the tiny house proposal continues to offer a small solution to the larger issues of homelessness and poverty across the country.