Why Global Citizens Should Care
Half of all students aged 13-15 have experienced peer-to-peer violence in school. The best way to solve the problem is to put the people who have experienced it front and centre. Therefore young people must take a leadership role — which is why today's work on the Manifesto for Youth was so important. Take action here to help support children around the world.

Laura Ulloa was 11 years old when she was kidnapped on the way to school in Colombia.

“I was taken out of the school bus where there were 50 kids, but I was the only one taken away,” she told a room of young people from around the World in Johannesburg, South Africa, on Saturday. “I was held hostage by the FARC — a terrorist group in Colombia — for seven months in the Colombian jungle. My life changed completely.“

“Back then I thought I was going to arrive home to have lunch with my mother, do some homework,” she said. “Sadly, they thought that because my parents had a good business it was my fault that a lot of people in Colombia were suffering.”

“I had no idea what was happening,” she added.

For the first two months, Ulloa was isolated, refusing to talk to her captors. But it was because she changed her mind that she survived.

She stopped believing that the terrorists who held her hostage were all “bad guys,” and instead attempted to befriend them, she said. There must be good in everyone, she thought, and tried hard to find the humanity in people who shared her values in the camp.

Now, aged 28, Ulluoa is free — and working to help other children around the world put an end to violence in schools.

Ulloa shared her story at the Junior Chamber International (JCI) African Youth Development Summit at a session hosted with UNICEF, Global Citizen, and the Global Partnership to End Violence Against Children. The aim of the session was to draft the first ever Youth Manifesto to End Violence in Schools.  The purpose of the Manifesto? To encourage Ministers for Education around the world to adopt the recommendations made by youth and hear their commitments that could help end violence in and around schools.

The Summit wasn’t really about speeches — over a hundred young people gathered there from countries in Africa, Asia, and the Americas to talk to one another about how violence in schools had affected them personally, their families, and their communities and what could be done about it, based on the contributions of youth around the world who could not be in the room.

This vital piece of work actually began months before the summit itself, with a UNICEF consultation that received more than a million responses from youth in over 160 countries.

UNICEF's poll asked thousands of young people all over the world if they had experienced violence in and around school - to which 69% responded 'Yes' and then asked them to share how violence in schools had affected them — with the answers whittled into 12 key themes. These themes were then further dissected by 12 working groups at the summit on Saturday, where the young people in the room could discuss in more detail how to turn the themes into a clear mission statement, recommendation, commitment or demand in the the Manifesto that coud be presented to world leaders.

Ulloa herself joined the process and led one of those groups which included youth from Nairobi, Senegal, Ghana, Nigeria, and more. Her group's specific focus was on the risk of violence when travelling between school and the home.

“It’s not so much gangs… it’s cultural norms and standards,” Ihwani Munemo, a legal counsel from Zimbabwe, told the group. “For example, if you’re looking at children in marginalised areas, then rape from their neighbours is more of a risk.” 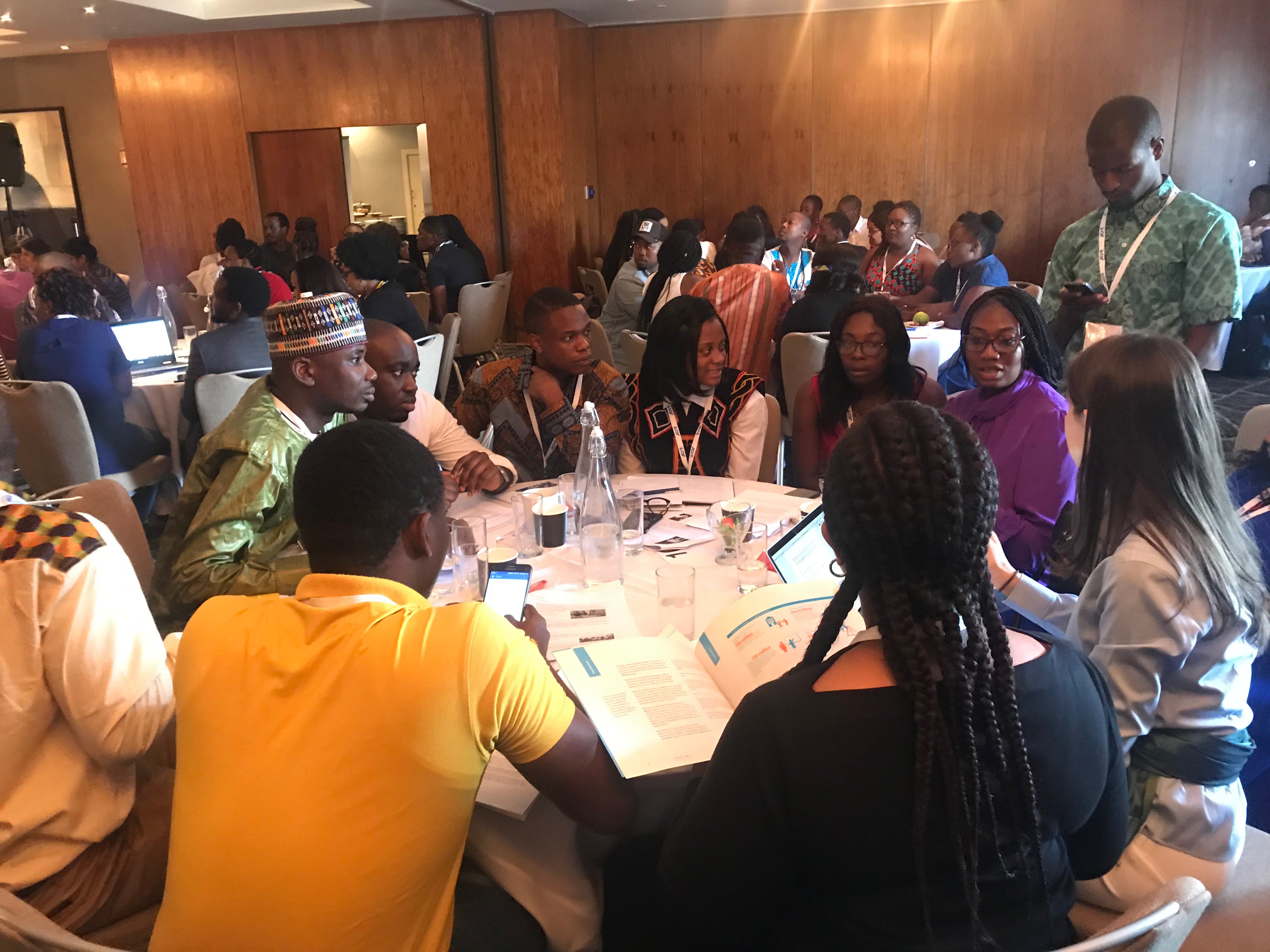 Ulloa’s job was to help her group workshop their ideas and then draft definitive wording to include in the Youth Manifesto. It was clear from the session discussions that violence takes different forms in different countries.

“Violence comes all the way from the kid who does the bullying, to the government,” Ulloa later told Global Citizen. “For example, in many countries it is not prohibited that teachers are violent to their students. They can hit them.”

Half of all students aged 13-15, approximately 150 million children, have experienced peer-to-peer violence in school, according to a recent UNICEF report. Meanwhile, a third have reported bullying.

“Being kidnapped for seven months is one of the most horrible things I can think of,” Ulloa added. “It’s not as usual as some of the other experiences that people have here. It was different. Why? Because I was never bullied in school. I didn’t suffer that kind of violence.”

After all the workshops concluded discussions, every group fed back their drafted language into the final Youth Manifesto. A video message was then presented to the room from Penny Mordaunt, the UK’s Secretary of State for International Development.

“Too many children miss out on their right to learn because of violence in schools,” Mordaunt said in the video. “Over 246 million girls and boys experience violence every year — whether that’s in the form of sexual exploitation, physical and emotional abuse as a punishment, or by bullying from fellow students.”

“Children want, expect, and deserve to learn in safe places,” she continued. “This is the right thing for them, for their future, and for the future of their societies. Violence in schools is a global issue, and it is an issue that young people tell us is incredibly important to them. That’s why the UK is working with the Global Partnership to End Violence Against Children — and other partners — to build a global campaign to end violence in all schools by 2024.”

Today we asked over 100 young people in South Africa to tell us how they would #EndViolence in schools around the world.

"Violence in schools is a global issue", she said.

“Children and young people have spoken,” said Charlotte Petri Gornitzka, UNICEF’s deputy executive director, in a statementregarding the summit. “And what they are saying is that far too many of them face multiple dangers in and around school: from bullying and fighting to violent discipline, pressure to join gangs, sexual harassment, and armed violence.”

“I hope the responses and suggestions used to inform the Youth Manifesto will inspire world leaders to take action so that no child is afraid to go to school,” she added.

The next step in the process is the Education World Forum in January 2019, hosted by UNICEF and the UK’s Department for International Development (DfID) in London — where the final Youth Manifesto will be presented to policy makers. It’s there that the voices of young people from all over the world will finally be heard by those who can enact real legislative change.

Now, every group is revealing their conclusions - the stuff that will end up in the Youth Manifesto to put to world leaders!

We can’t wait to see the final result. This is how you put young people front and centre in fixing global problems! 💪 #AYDSummitpic.twitter.com/isDoQ3ZUGz

By James Hitchings-Hales  and  Erica Sánchez