What This Trailblazing Filmmaker Learned Covering Conflict and Tragedy

“There are deep histories of injustice and misrepresentation,” award-winning cinematographer and filmmaker Kirsten Johnson said, reflecting on her life’s work.

“Images have been used as a tool to hurt people.”

Johnson, who has spent 30 years making documentaries with the goal of shedding light on the aftermath of conflict and human rights abuses, is now turning the camera around. Her latest film “Cameraperson” is her personal investigation into the process of documentary-making and its impact. What she hopes “Cameraperson” will bring to light, is the way in which telling stories through film affects not only subjects and viewers, but the filmmakers themselves.

Over the course of her career, Johnson has worked on acclaimed documentaries from Michael Moore’s “Fahrenheit 9/11” to “The Invisible War,” the Oscar-nominated documentary about sexual assault in the US military. Her work has taken her to 86 different countries — including, Yemen, Liberia, and Darfur, to name just a few — where she’s often worked in post-conflict situations and interviewed survivors of human rights abuses.

But Johnson’s new film, “Camperaperson,” which is available to stream on PBS, takes viewers both through her professional journey and her personal journey as she reckons with her art form. 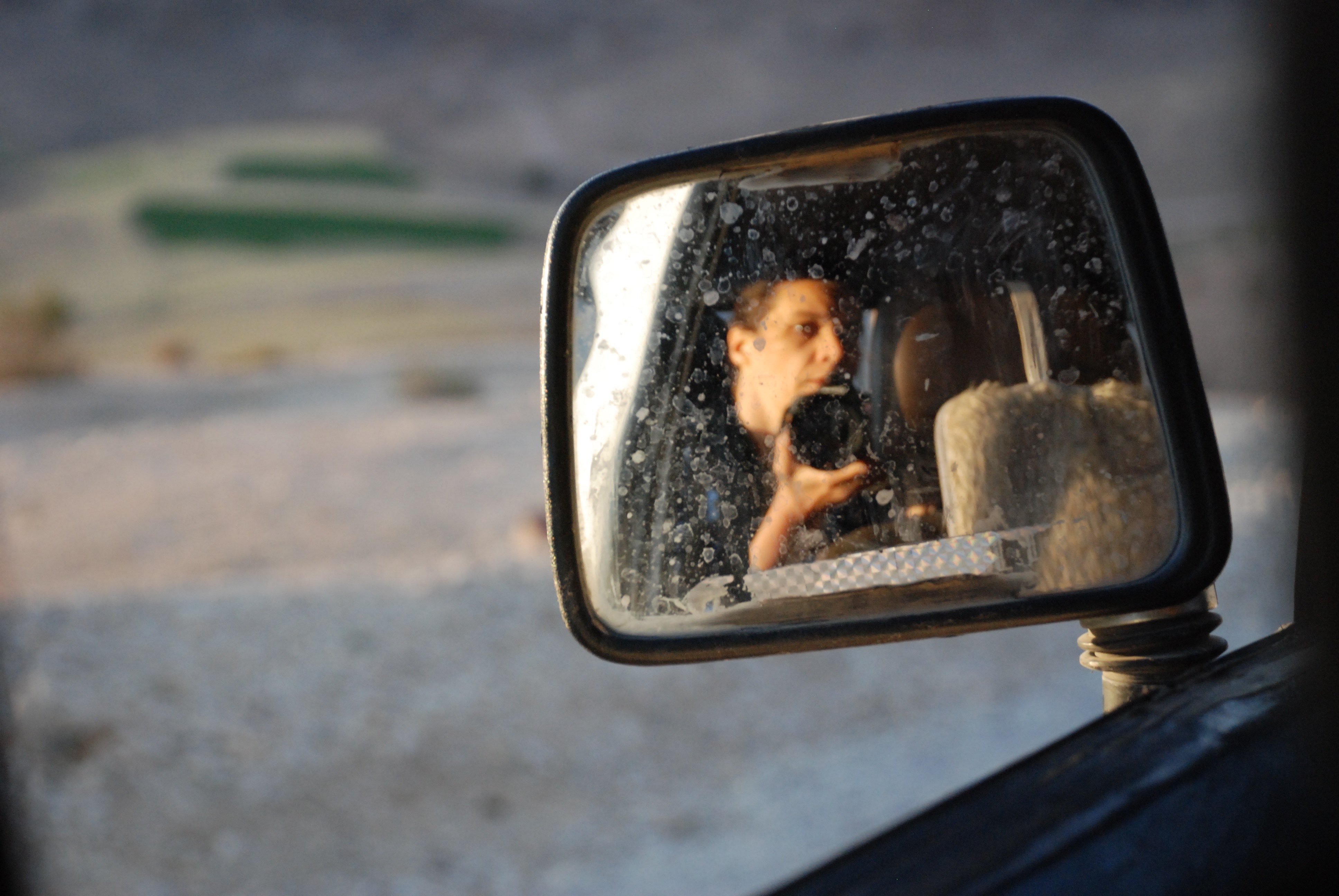 Johnson has always approached documentaries as her way of taking action to address injustices in the world.

She has visited the Nyamata Church in Rwanda where thousands of Tutsis were murdered and Camp X-Ray in Guantanamo Bay where prisoners were tortured. She has interviewed holocaust survivors, spent time with a Muslim family who survived Bosnia’s ethnic cleansing, and shared watermelon with an Afghan soldier. And her goal has always been to expose the complexity of these people, places, and histories.

Take Action: Test your knowledge On The Global Goals

“I’m always trying to figure out how you can shake things up and get more complexity in the images we have of people,” she said.

Johnson said she has always wanted her work to shed light on complicated issues and draw out nuances that she hopes will aid people in their understanding of people, conflict, human rights abuses, and the world.

Johnson has a strong sense of responsibility to her film subjects. She wants viewers to see them as whole people, not just victims of atrocities. The way in which Johnson carefully constructs her portrayal of survivors stand in stark contrast to the approach of documentaries like KONY 2012 — a short film about a Ugandan war criminal — which was harshly criticized for framing survivors as helpless victims and relying on emotional appeals.

Read more: These Beautiful Polaroids Are Casting a New Light on the Refugee Crisis

“I like to find a problem and then make a film that addresses it and looks at the complexity of that issue,” she told Global Citizen. But one of the most challenging things about doing this, she admits, is that it’s almost impossible.

As a filmmaker and cinematographer, she has a limited amount of time to immerse herself in a situation and develop an understanding of a context and people that could well take a lifetime to unpack, yet people expect documentaries to paint full, objective pictures, and to do so with authority.

“What gets left out is something I think about a lot,” Johnson said.

Johnson did not initially set out to make “Cameraperson.” But in 2012, after three years of work, a young Afghan woman — one of the main subjects of the film she was working on — told Johnson she was too scared to be featured in the film. It had become too dangerous for her to be in the documentary, which was initially intended to focus on education for girls and women in Afghanistan. 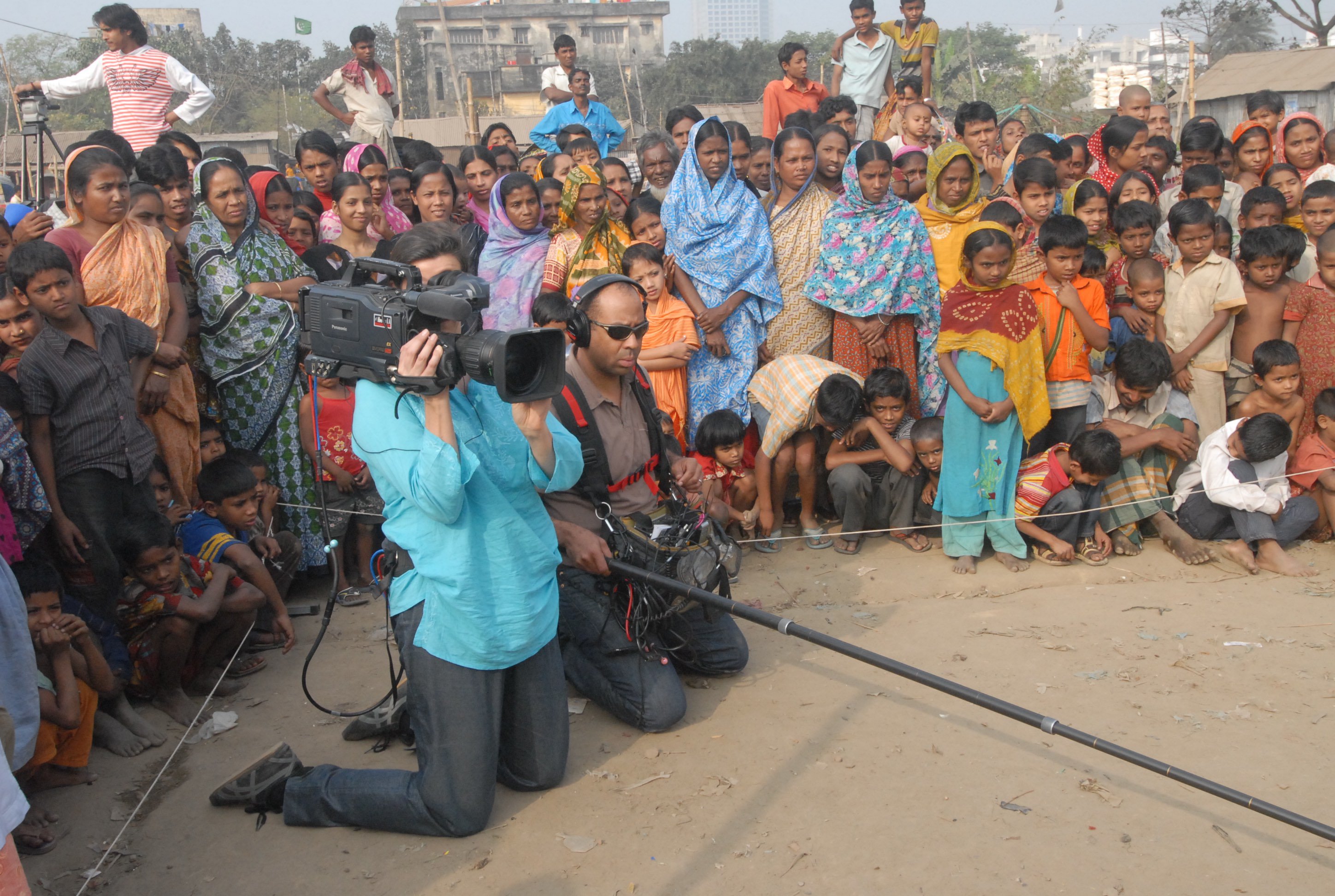 “It really took me to this place of thinking about what has shifted in the world since the internet has become ubiquitous,” Johnson said. “Promises that documentary filmmakers used to make about our capacity to protect people when they shared how they felt about a repressive government or about a family member — we actually just don’t have the capacity to do that anymore.”

The internet facilitates the quick dissemination of information and its ability to do so, combined with social media’s capacity to connect people at the touch of a button, have made it easier for people around the world to freely communicate. However, in many countries the internet has proved to be a double-edged sword for dissenters in countries with oppressive and authoritarian governments.

After the 2011 uprising in Egypt’s Tahrir Square, the government cut off the internet to prevent protesters from organizing again. The Chinese government has been known to censor social media in order to suppress dissidents. And Vietnam has monitored social media platforms and identified its critics, the New York Times reported.

In an age where the internet simultaneously offers people anonymity and threatens to strip them of it, Johnson can no longer safely promise to protect her subjects identities. And that applies to past, present, and future film subjects.

When the young woman in Afghanistan pulled out of the film, Johnson started to reflect on all the promises she’d made to subjects in the past.

Johnson began going back through the footage she had shot over the years in consideration of this dilemma, but doing so awakened something else in her.

Until then, Johnson, who is now in her 50s, hadn’t realized the ways in which decades of listening to survivors’ stories and people’s trauma had affected her personally. So she kept digging through footage “to understand why [she] was haunted by certain experiences” and what the unintended consequences of her work may have been.

Creating “Cameraperson” was a powerful moment for Johnson, she said, a chance to take a step back and process her own experiences over the years. The film drives an important point home: there is someone behind the camera, and that matters.

“How people see us and how we see them is interconnected. How you are able to film is informed by who you are — but also by how people see you,” Johnson said. “In certain places in the world being a woman means I might be more trusted or mistrusted by someone. Sometimes I might not even understand which is which in a particular situation.”

“It’s a constantly shifting dynamic, and so I try to be as attentive as possible to what my presence means in a place,” she told Global Citizen.

“Cameraperson” opens with a message from Johnson: “I originally shot the following footage for other films, but here I ask you to see it as my memoir. These are the images that have marked me and leave me wondering still.”

In less than 15 minutes, the film jumps from a quiet town in Bosnia to the bustling backstage area of a boxing match in Brooklyn, New York, and then dives into the chaos of a baby being born in a resource-strained hospital in Kano, Nigeria.

Before you have time to fully grasp what’s going on, the film has moved on, which can be disorienting, but Johnson said it is intended to function like her experience. 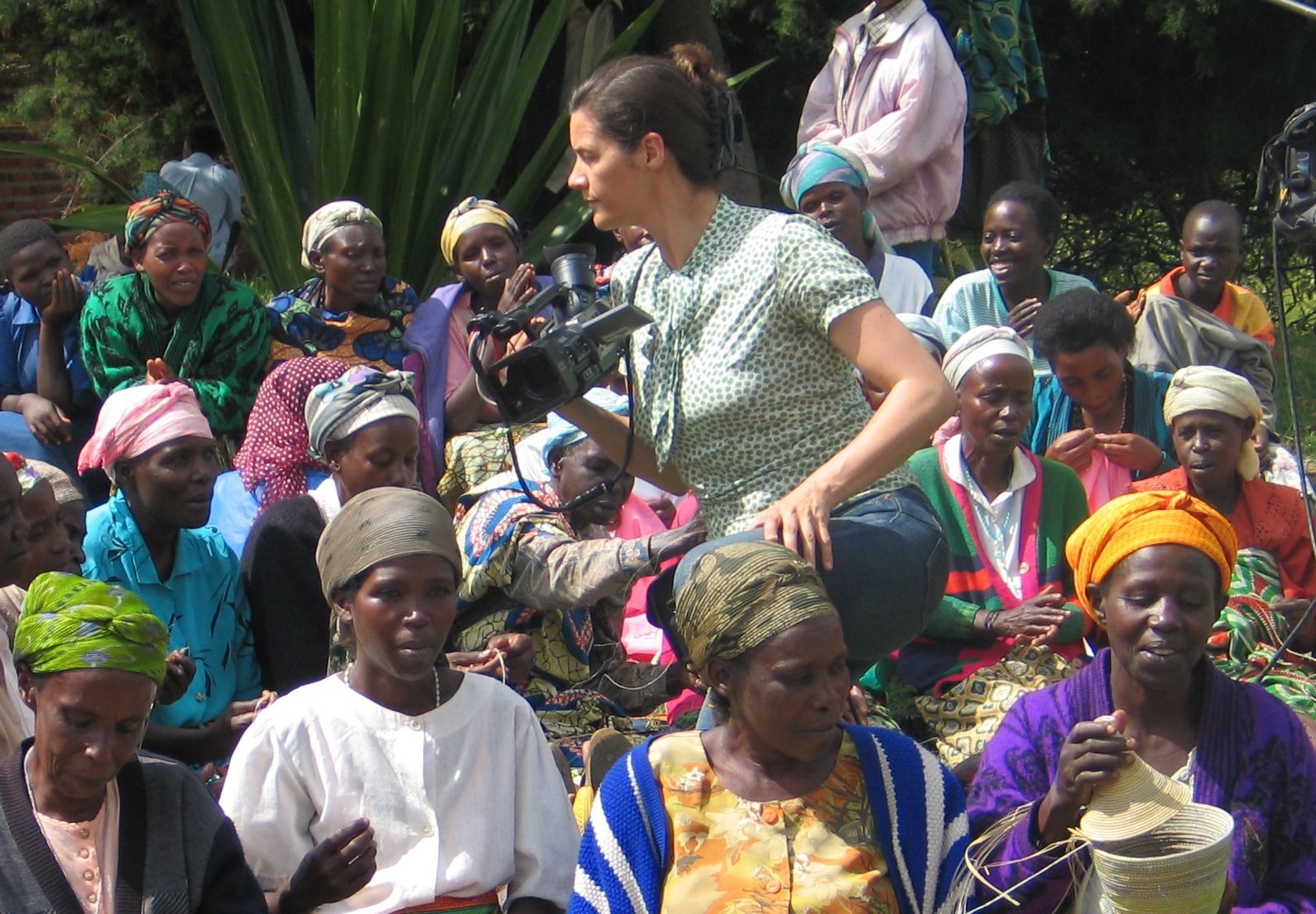 “You’re sort of blithely, happily traveling around the world, and then it’s like ‘woah!’” she told Global Citizen. “It’s like one traumatic story too many and it catches up to you. I didn’t realize I was over-saturated with these difficult experiences.”

Still, despite the tragedies and trauma she personally has witnessed, Johnsons resists the notion that she is the one who has had the difficult journey.

“There was not a moment that was the hardest for me,” she replied. “There were certainly times when I might have been in danger, but I’m interested in acknowledging that, no matter what, it’s always harder for the people who are in places and can’t leave.”

“I was ideologically against the idea that this work was hard for me,” she said.

She didn’t want to compare what she called her “secondary pain” with the primary, lived experiences of her film subjects, but she ultimately had to accept that the experiences had affected her. It’s a feeling many humanitarian aid workers can relate to.

Read more: From the Frontline of the Refugee Crisis: An Aid Worker's Perspective

“You think privilege is one thing like simply being an American or being a white person in this world at this moment in history — but privilege is also not having experienced violence as a child,” and not having lived through conflict, she explained.

Johnson — and “Cameraperson” — wrestles with the effects of documentary filmmaking on both the subjects and the filmmaker.

At least one of those effects is clear: it’s not a simple or easy art form — one that still has Johnson feeling uncertain about her work three decades on. It continues to be a challenge to decide what gets left out of a story and the implications that might have.

“I don’t know if I did the right things,” Johnson admitted. But she believes that self-doubt and examination will help bring that complexity into our view of others, and she encourages people to question the images and narratives they are presented with.

In the end, that complexity and questioning could lead to a better world, she said. Despite the doubts, witnessing and beginning to grasp the world’s complexity can be a startlingly powerful way of taking action.