Global Citizen Festival 2016: The Many Ways Kendrick Lamar Is Giving Back

Lamar is honored to be a role model for people from his hometown and beyond. 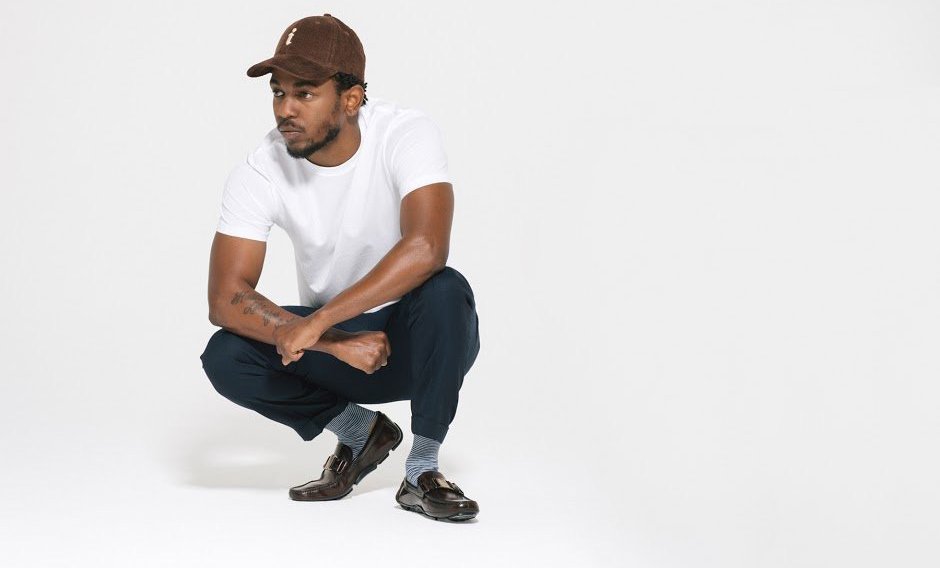 This weekend, Rihanna, Kendrick Lamar, Demi Lovato, Major Lazer, and Metallica are headlining the 2016 Global Citizen Festival in New York City's Central Park. If you can't make it in person, find out how to you can watch and follow along with all the action here.

As an 8-year-old boy, Kendrick Lamar watched the legendary rapper 2Pac film his “California Love” music video on the streets of Compton, Ca. Lamar grew up in the city, infamous for drugs, gang violence, and rap, and says that starstruck moment inspired his rap career.

In less than a decade, Kendrick Lamar went from a stuttering young boy to being awarded by California for giving back to his community every step of the way. He now literally holds the key to his city.

Though “California Love” inspired Lamar, he is embracing a different message in his music. 2Pac’s hit is about partying and lavish spending, Lamar’s music “challenges the status quo and motivates listeners to rethink our society's institutions,” said Compton’s mayor during a ceremony in which she awarded Lamar with the key to the city.

Lamar is known for being humble and generous, while staying connected to his supporters and community, which is exactly why the California State Senate named him its 35th Generational Icon.

“If you visit Compton ... Mr. Lamar is a familiar face in the neighborhood," Senator Hall said. The rapper has donated hundreds of thousands of dollars to the Compton Unified School District’s music, sports, and after-school programs “to help keep Compton students off the streets and in the classroom.”

Lamar also gave $50,000 to his high school’s music program where the students see him as a role model, and he takes that role seriously.

“I always thought how great the opportunity would be to give back to my community off of what I do in music … [to] have these young kids look at me as some type of inspiration is an honor,” he said at the Generational Icon award ceremony.

"Tell your story to these black and brown kids … Let them know you was just like them, but you still rose from that dark place of violence, becoming a positive person,” Lamar’s mother advises him in a voicemail he featured on his album.

And he has. Lamar has made every effort to give back and be a role model, from supporting education to inspiring through music.

In a video message called “Pay It Forward,” Lamar spoke about being a role model and a mentor. He emphasized the importance of mentorship, particularly for young boys and men of color, in support of President Obama’s My Brother’s Keeper Initiative.

Lamar uses his music as a vehicle to debate issues of racism, inequality, and violence, and he’s won Grammys for doing so.

But even at the Grammy Awards, arguably music’s biggest night, Lamar made it a point to give back to his community, bringing a group of high school students from his alma mater on a once-in-a-lifetime field trip to the awards show. Backstage, he took time to answer their questions and talk about what inspires him.

Kendrick Lamar brought a group of high school students to this past weekend's #GRAMMYshttps://t.co/4zxfLpoSevpic.twitter.com/v02FLrLZAC

The rapper also powerfully used a Grammy performance to spark discussion about racism and mass incarceration in the US. He commanded the stage and moved the audience, performing his set as part of an onstage chain gang against a backdrop of prison cells.

Though Lamar often gives back to his community and raises awareness of domestic issues, his philanthropic work has not been limited to the US.

In 2014, the rapper embarked on a five-stop world tour for charity. Nearly all of the proceeds from the tour, which began in Toronto, Canada, then headed to Port-Au-Prince, Haiti, before ending in his hometown, were donated to Habitat for Humanity and the city of Compton. He’s donated thousands to Red Cross and headlined a concert benefitting homeless women and children and people in need in India.

For such a huge star, Lamar keeps a low profile. His Instagram has 3.4 million followers, despite having made only 12 posts. But he cares deeply for his fans, finding other ways to connect with them. On multiple occasions, Lamar has pulled fans from the crowd to join him on stage, only to learn that he had unknowingly changed their lives.

Learn More: How Demi Lovato Is a Warrior for Change

During a performance of his song “u,” which talks about depression and suicide, Lamar spotted an audience member singing along and pulled him on stage.

“The reason I brought him on stage is because he was singing … [his] heart out, you know what I'm saying? … This man right here understands…” Lamar said.

What he didn’t know was that the fan had just written an essay about “u,” exploring the song, its themes, and the author’s personal struggle with depression. The fan’s brother commented on Reddit that the encounter with Lamar was a turning point for his brother, who was inspired to change after the concert.

At another concert, Lamar noticed an emotional concert-goer and reached out.

"I’m at the end of the show, and I see this young lady crying, and I’m thinking, she must be really going through something right now.” After bringing her on stage, “I start hearing her murmur with her lips, ‘You saved my life,’” he told MTV.

The fan admitted she had intended to commit suicide, but was saved by her connection to his music. He invited her backstage after the show to share her story and to support her.

“[I wanted to] bring her backstage and let her tell her story … [to] let her know, it’s more than just me bringing you onstage — I actually feel you. Because that’s why I do my music.”

And that really is why Kendrick Lamar makes music, to change lives and make the world a better place.