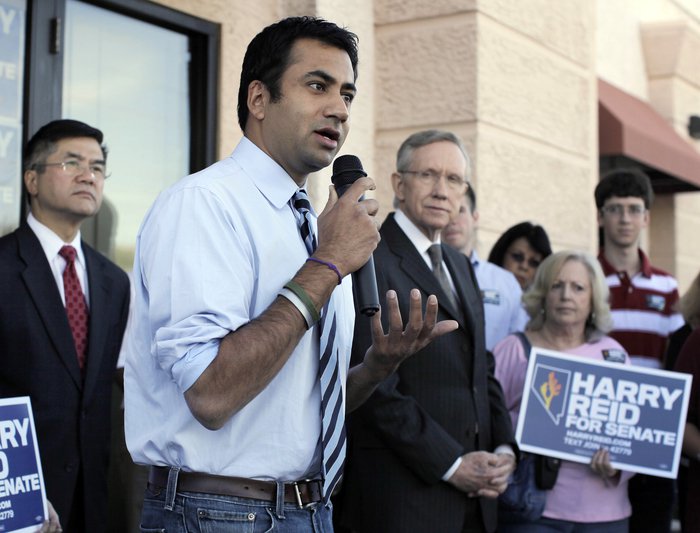 When actor Kal Penn started a crowdfunding page to raise money for Syrian refugees on Saturday, he certainly didn’t imagine that the campaign would be nearing $1 million in its first five days. In fact, he didn’t even know if he’d reach the stated goal of $2,500.

It did, and then some.

As of 3 p.m. Wednesday, the campaign Penn started has raised over $800,000 for the International Rescue Committee (IRC), and it isn’t showing any signs of slowing down.

But Penn will be the first to downplay his role in building this campaign.

“This whole thing took like seven minutes tops,” he told Global Citizen on Wednesday. “I did very little aside from that initial posting. It just went on its own.”

The idea to start a crowdfunding campaign in support of Syrian refugees sprang from an unlikely place: the gallows of the Internet trolling world.

On Saturday, Penn posted a picture on Instagram of a text message exchange with a friend whose Iraqi friend’s dad was blocked from entering the US on account of President Donald Trump’s travel ban.

My friend Mike just sent this heartbreaking text about his refugee friend. Families are being torn apart. Shame on us. This is un-American. What Donald Trump and the Republican Party are doing is wholly unAmerican.

Penn asked the friend if he could share the exchange on Instagram (“I think it’s important to make a personal connection to these terrible policies,” he told Global Citizen). His friend consented, so Penn posted the screenshot along with a message.

“Families are being torn apart,” he wrote. “Shame on us. This is un-American. What Donald Trump and the Republican Party are doing is wholly un-American.”

An Instagram troll — perhaps unaware that Penn was born and raised in New Jersey — lashed out the actor, writing in response: “you don’t belong in this country you fucking joke.”

Though Penn’s initial reaction was to ignore the comment, he didn’t.

“I feel like we can turn this into something good,” he said to himself, before starting the campaign that has now become a worldwide sensation.

All proceeds of the campaign will go to the IRC, which has played an integral role in rescuing and providing resources for thousands of refugees from Syria and elsewhere around the world.

There are nearly 5 million Syrian refugees in the world, and about half of them are children. The US has resettled 3 million refugees total since 1980.

While organizations like the ACLU have played a major role in launching a large-scale legal fight against Trump’s executive order and have seen an unprecedented rise in donations on account of this, on-the-ground nonprofits like the IRC are on the front lines of physical conflict zones.

“The reason I chose [the IRC] was that the wording of this guy’s trolling really spoke to this larger narrative of who belongs here and who doesn’t belong here,” Penn said. “Syrians seem to have the absolute worst end of his executive order, and so I thought that should probably be the group of refugees that I donate this 2,500 bucks to in this guy’s name.”

Penn, for his part, is still floored by the outpouring of support he’s seen for the campaign, which was fueled almost exclusively through social media (75% of the donations have been traced back to Twitter and Social media so far, according to Penn.)

“I just can’t believe how generous people are,” Penn said.

“Now we’re up to more than 800,000 dollars, and all because there are really good people out there who feel that we are better than this.”

Read More: 5 Facts About Refugee Resettlement in the US

As someone who has been intimately involved in politics — Penn worked for two years as an associate director in the White House Office of Public Engagement — the actor believes that the next four years will present young people with many more opportunities to get involved in politics, whether through donating, protesting, or running for office.

“There are going to be a number of issues across the board that I think this president is going to try and remove and undercut, things that particularly young people value — equality, a clean environment, humanitarian issues,” he said.

But for now, the focus for Penn is, at least temporarily, on short term issues. He wants to see the campaign eclipse one million donations.

“It’d be amazing to get it up to a million, he said, adding: “Regardless, I’m not closing it any time soon.”