5 Facts About Refugee Resettlement in the US

How much do you really know about this lengthy process? 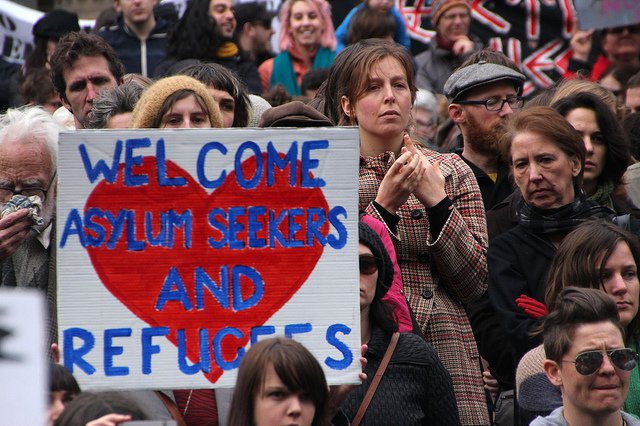 LONDON, Jan 30 (Thomson Reuters Foundation) - In his most sweeping decision since taking office this month, President Donald Trump put a four-month hold on allowing refugees into the United States and temporarily barred travelers from Syria and six other countries.

The move comes at a time when the world is facing its largest refugee and migrant crisis since World War Two, exacerbated by conflict in Syria and Iraq.

Here are five facts about the resettlement of refugees in the United States:

How many refugees are there globally, and in the United States?

The U.N. refugee agency (UNHCR) estimates there are more than 21.3 million refugees worldwide, over half of them children.

According to the Refugee Processing Center, approximately 85,000 refugees were resettled in the United States in the 2016 fiscal year, making it the top resettlement country in the world.

Where do U.S. refugees come from?

The Democratic Republic of Congo, Syria, Myanmar, Iraq and Somalia were the top countries of origin for refugees entering the United States in 2016, representing over 70 percent of the total number.

About 46 percent of all refugees coming to the United States were Muslim, while a slightly lower share (44 percent) were Christian.

How are refugees resettled to the US?

People seeking to enter the United States as refugees are first screened and interviewed overseas by UNHCR. The United States then conducts its own vetting process and decides whether to accept a refugee for resettlement.

Once an application is approved, a refugee's case is then assigned to one of nine U.S. agencies, who help the refugees find work and adjust to life in the country. The whole process can take up to two years.

Whom does Trump's executive order target?

Trump put a four-month hold on its refugee program, and barred Syrian refugees indefinitely. The administration of former President Barack Obama had committed to resettling 10,000 Syrians refugees in 2016, a goal which it exceeded.

Read More: Who’s Who in the ACLU: Meet the Non-Profit Defending Your Civil Liberties

How will it affect the resettlement of refugees in the US?

The Refugee Processing Center puts the number of refugees who have already been admitted into the country since October - the start of the fiscal year - at roughly 30,000.

Trump, a Republican, said that refugee claims made by persecuted religious minorities would be given priority.

Democrats, civil rights groups and aid groups have condemned the order, saying it will leave desperate people in danger.

UNHCR and the International Organization for Migration (IOM) said in a joint statement on Saturday that the U.S. resettlement program was vital, but they stopped short of criticizing the new administration's policy.