Girls miss out on education when they marry as teens. 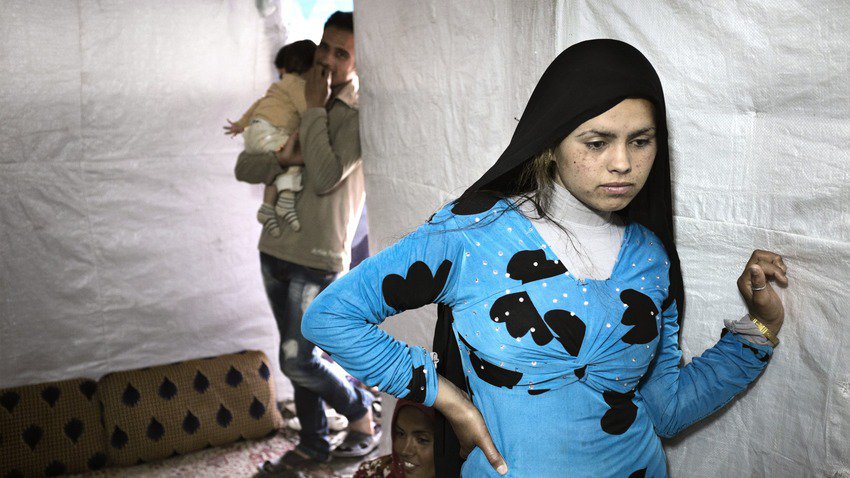 As Syria’s brutal civil war has dragged on for more than half a decade, millions of refugees have fled the country’s borders to try and find a brighter, safer future for their children elsewhere.

But according to data released in Jordan’s census this month, at least some of those young Syrian refugees — teen girls who were just children when they fled — the future outside of Syria is also bleak.

More than 1.2 million Syrian fled to Jordan during the first four years of the civil war, and in 2015, the number of child marriages among Syrian girls skyrocketed, according to census data reported by the Associated Press.

With no end to the war in sight, refugees have continued to flee from Syria to Jordan and neighboring countries since the data was first captured in 2015, almost ensuring that the number will increase in years to come.

According to the AP, many refugee families marry off their young daughters to ease their own financial burden or to protect the girl’s “honor.”

The girls, however, end up losing out on a chance to get a full education, since most girls who enter into child marriage drop out of school in order to have children. They are more likely to remain in poverty and have more children than women who are married as adults, according to the report.

“This means we will have more people, more than the government of Jordan can afford,” Maysoon al-Zoabi, secretary general of Jordan’s Higher Population Council, told the AP.

The mother of a Syrian teen who was married at 15 and divorced at 16 told the AP that she wouldn’t have let her daughter get married if they stayed in Syria, but as refugees, they didn’t want their daughter being harassed in local schools and the family struggled with poverty.

Read More: 1 Million Syrian Refugee Children are Out of School — Here's Why It Matters

A young man asked her to marry him and she agreed because she was “bored and sad,” she said. Her parents agreed, but when the man became violent with her shortly after marriage, her father intervened and pushed for divorce.

The girl, whose identity was not made public by the AP,  said she missed five years of schooling during the time her family fled Syria and she was married, so she did not plan to go back to school because it would be too hard to catch up.

“If I had continued my education, it would have been better,” she said. Her trauma of her brief marriage “has made me weaker.”

Global Citizen campaigns to end child marriage in countries around the world as part of our #LeveltheLaw campaign. You can take action here.