Raheem, 16, Refused to Get Married. Now She’s Helping Other Girls Say No, Too.

Child brides are at greater risk for illness and injury during pregnancy and birth. 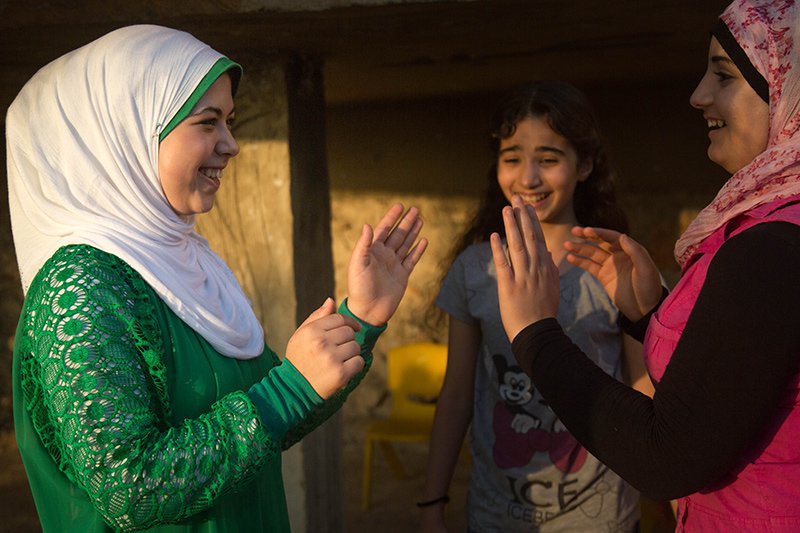 Can education make a difference in preventing child marriage?

If the story of 16-year-old Syrian refugee and community leader Raheem Abras is an indication, it can make a life-changing difference.

“Several people approached me to ask about Raneem,” Um Abdo, Raheem’s mother, told UNFPA. “But my husband and I told them off.”

Raheem’s father agreed, saying that his sisters had been married early and three out of eight of them later divorced.

“I will never do this to my daughters,” Abo Abdo said.

But Raheem wanted to do more than simply reject the advances of older men.

Through a youth program run by UNFPA and the humanitarian group INTERSOS, Raheem learned about the harm that can come from child marriage and learned how she could share that information with her peers.

Read More: How This Father Is Fighting Child Marriage for His Daughter, and His Village

“After every session I attend, I wish I could go around educating everyone I know,” Raneem said. “These long discussions about marriage and having babies were particularly useful.”

Forcing a young girl into marriage generally means she will be separated from her family and friends and transferred to her husband like a piece of property. Child brides are often made to leave school, are more likely to experience domestic violence, and are at higher risk of dying from pregnancy and childbirth complications — as are the children of child brides.

Despite the risks, child marriages have become a growing problem in the Syrian refugee communities.

Mothers who fear for their daughters’ safety believe they can protect them from assault and harassment if they are married, according to The Guardian. The going price for a young bride is reportedly between $2,800 and $14,000. A third of refugee marriages in Jordan now include a girl under the age of 18.

“It was much better for her to get married, even though she was still a child, than to be raped by a soldier,” one mother said.

Half of Syria’s population has been forced to flee their homes due to the country’s civil war, with 6.6 million people displaced inside Syria and another 4.7 million refugees seeking safety and assistance in neighboring countries and Europe.

Raheem and her peers at the UNFPA youth program are trying to ensure that those millions of refugee children now living in temporary communities will not have to face the prospect of child marriage.

Using what she learned in the program Raheem began explaining to her friends that early marriage would “deprive them of their childhood.”

“I managed to convince two of my friends who were going to get married young to wait,” she said.

“You should see Raneem explaining to them the consequences of early marriage on a woman’s health,” Um Abdo told UNFPA.