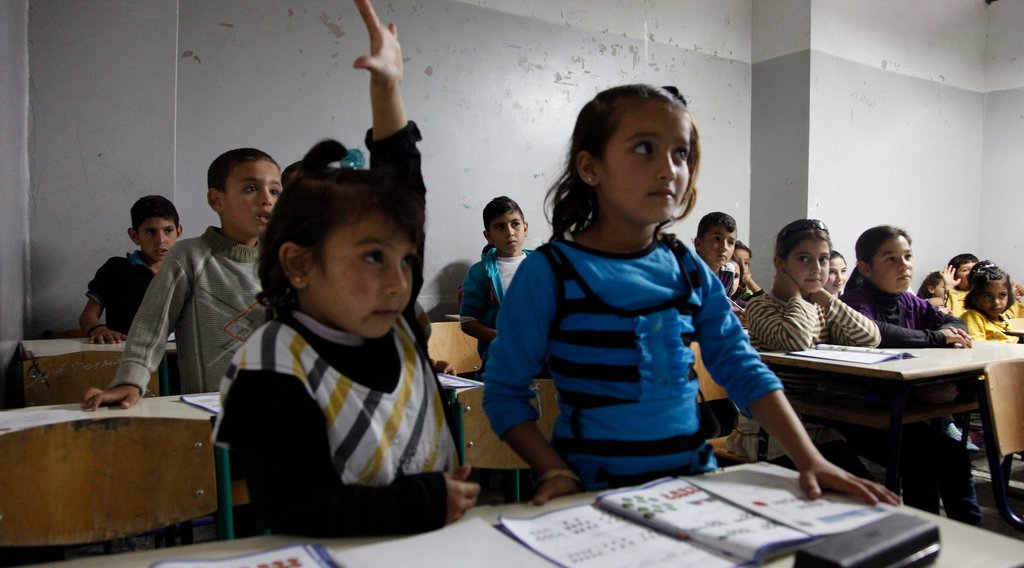 For a generation of Syrian children who have fled the civil war engulfing their country over the past seven years, the future can seem hopeless.

About 1 million child refugees from the country are out of school, and efforts to bring education to them are still woefully underfunded, according to Gordon Brown, the former British prime minister and current United Nations Special Envoy for Global Education.

Only 2.7% of total humanitarian aid in the world is currently going toward keeping refugee children in school, Brown wrote in an op-ed at Project Syndicate today, which means that only about half of them go to school regularly. For adolescent refugee children, the number is only 22%.

“In the space of a single primary-school generation, Syria has suffered what may be the greatest education reversal in history,” Brown writes. “A generation has been lost.”

And the situation is not confined to the borders of Syria. Around the world there are now 20 million refugees and 60 million displaced people fleeing danger, hunger, and trauma.

For the children among them, education is hard to come by.

Nearly 1 million people have fled violence in South Sudan and found refuge in Uganda, which has opened its schools and healthcare facilities to refugees, and given them with “land, seeds, and tools so they can rebuild their livelihoods,” Brown said.

“In a world confronting the largest refugee crisis since World War II, this is not a Ugandan problem but a global one – and global problems demand global solutions,” he wrote.

Brown is calling on wealthier nations to fund programs like the Education Cannot Wait initiative and Global Partnership for Education (GPE) to ensure that children everywhere have access to school, and to increase the amount of humanitarian aid spent on education to 4-6%, rather than 2.7%.

That is the message that Brown says he will take to the G20 Summit this July in an effort to ensure funding for this generation of refugee kids. Global Citizen has also been calling on the G20 leaders to fulfill their commitments to deliver the Global Goals for Sustainable Development at the Summit, and will host the Global Citizen Festival in Hamburg on July 6 to show leaders how more than 12,000 Global Citizens support the cause.

“So long as one child is out of school,” he said, “we fall short of fulfilling that most fundamental promise – and indeed right: an education for all.”

Ensuring that refugee children can get to school will help ensure that they become educated, productive members of future societies that can help rebuild stability in conflict regions and work toward peace and prosperity.

“At a time of profound global division, we have the opportunity to forge a different path,” the former PM said. “Investing in education yields far-reaching returns, and there is solid evidence that quality education gives children a place of safety.”