One woman says she will have to return to low-paying factory work if surrogacy is banned. 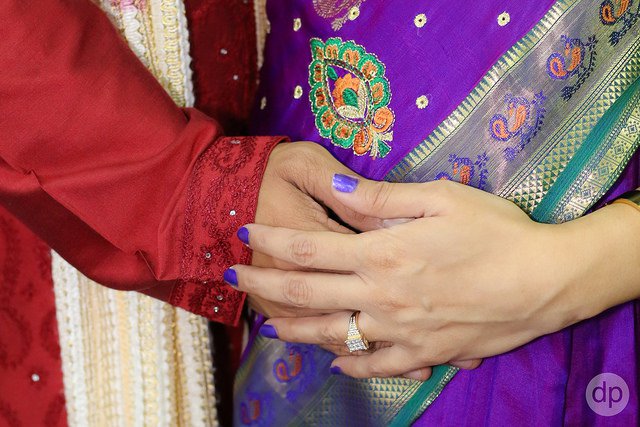 MUMBAI, Jan 19 (Thomson Reuters Foundation) - Inside a bungalow in a plush residential area of Gurugram, on the outskirts of New Delhi, a group of women in different stages of pregnancy share the hope their babies will be delivered safely - or risk losing the chance of big money, forever.

Successful pregnancies have never been more important at this surrogacy centre where every bed is taken following a jump in demand as India inches towards banning commercial surrogacy.

These women could be among the last in the country to rent their wombs for money if the Indian parliament passes a bill to outlaw commercial surrogacy - a 15-year-old industry estimated to be worth as much as $2.3 billion annually - in its next session starting in February.

India's surrogacy industry has come under attack by women's rights groups who say fertility clinics are "baby factories" for the rich, and that a lack of regulation results in poor and uneducated women signing contracts they do not fully understand.

Yet some of the women the bill aims to protect are currently queuing up for a last chance to make around 400,000 rupees ($5,900) - money they said they could only dream of otherwise.

Razia Sultana, 32, had an embryo transferred into her uterus in the final week of December.

Until six months ago, she arranged egg donors and surrogates for infertility clinics, making 5,000 rupees for each referral, but decided to become a surrogate herself on the day she first heard about the ban.

"My children supported my decision saying bearing a child was better than selling a kidney, which I was considering too," she told the Thomson Reuters Foundation.

She will stay at the centre for nine months, meet her children once a week and only go outside with an escort.

"These are small compromises. I have no other option to make this kind of money."

Read More: These Are the Most & Least Healthy Countries of 2016

The Indian government believes the ban will check unethical practices.

"We are concerned about the health of the surrogate mother and that the legal and financial rights of the child are protected," said Manoj Pant from the Ministry of Health and Family Welfare.

"India wants to be on par with developed and developing nations that do not legitimise commercial surrogacy."

Until the ban on surrogacy passes, India continues to be among a handful of countries where women can be paid to carry another's child through in-vitro fertilisation and embryo transfer.

Most women at the Gurugram centre are from migrant colonies close to the sweatshops where they once worked.

Ruby Kumari, 35, heard about surrogacy three years ago at the export factory where she worked 12-hour shifts, stitching 50 garments an hour - a target her manager would stretch to 60 or even 70 - and earning 250 rupees a day.

The possibility of earning 400,000 rupees hooked her and she agreed to rent her womb.

"The day I delivered, the child's parents gifted me 50,000 rupees in addition to my fee," Kumari said. "I came back and enrolled my daughter into an English-medium school."

Kumari's husband also works in a garment factory and makes 2 rupees for each item he irons. Pregnant with her second surrogate child, Kumari said her family had no future if not for surrogacy.

Like Kumari, Jayalakshmi Verma is another surrogate who wonders why "gifting motherhood" is wrong and why work that earns her respect and money would be made illegal.

The 28-year-old single mother of three said: "My in-laws threw me out of their house, my manager at the export factory was abusive and I was forced to quit. Here I have got respect for carrying a child."

Verma said she will have no choice but to return to the factory if surrogacy is banned. "What other skill do I have?"

Surrogacy law experts say that if the government wishes to protect poor women from being exploited, it should regulate the sector rather than banning it.

"The surrogacy bill does not make any provision for the protection of women, assuming that banning commercial surrogacy will protect them," said Hari Ramasubramanian of Indian Surrogacy Law Centre.

At the Gurugram centre, owner Sarita Sharma read out the requirements for an egg donor to a staff member: "Fair complexion, B positive."

Within seconds, a picture of a fair young woman smiling into the camera flashes up on her phone and she quickly alerts the clinic. Women receive 35,000 rupees for each donation.

"Business is brisk," said Sharma, who has been arranging donors and surrogates for the last decade using a wide network of agents in migrant colonies.

She said demand for her 1 million rupee pregnancy packages - covering the surrogate's fee, food, accommodation and hospital expenses - has shot up. "I have about 1,000 women registered with us," Sharma said.

Yet as demand soars, so do concerns.

As part of a study on infertility clinics in New Delhi, sociologist Tulsi Patel from the Delhi School of Economics found poor awareness among women about the health complications and risks that repeated egg donations and pregnancies can cause.

The study also found that in some cases, clinics would transfer more than the permissible number of three embryos into the uterus to better the chances of pregnancy.

"But we did not find a single case of a woman forced into surrogacy," Patel said.

For now, the last surrogates still hope to realise their dreams. "I want to start my own beauty parlour," said Jyoti Pal, 24, a single mother who is now four months pregnant.

"And I will do it again if possible."

Global Citizen, in partnership with CHIME FOR CHANGE, is campaigning to Level the Law, and fight unjust laws that discriminate against girls and women. Learn more here.