The project would have made India one of the top 10 diamond producers in the world. 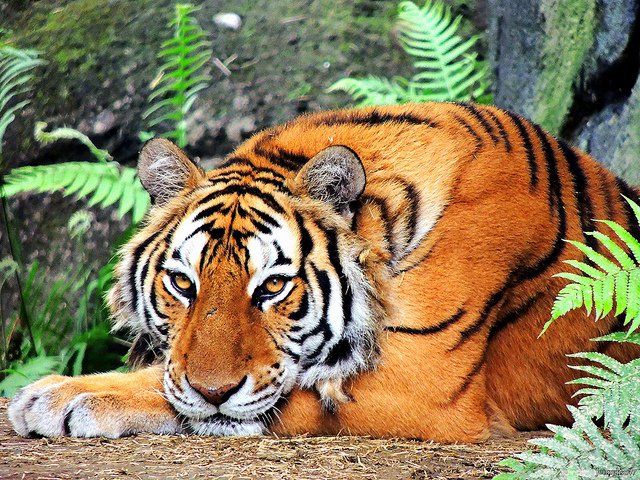 The Indian government has put on hold a diamond-mining project worth more than $3 billion USD in favour of saving a tiger corridor and preserving forests.

Read More: It’s International Tiger Day. Here’s How You Can Help Save Them

In March this year, India’s forest advisory committee had to make a decision — to approve the diamond-mining project in the Chhatarpur forests in the state of Madhya Pradesh or to scrap the project and preserve 971 hectares of forest land.

The mining project, proposed by Rio Tinto, one of the world’s largest mining companies, had been awaiting a decision for close to 10 years. Rio Tinto wanted to look beneath the forests for diamonds, a process which could lead to the destruction of around 492,000 trees, and dislocating several tribal communities and animals. A tiger corridor, which connects the endangered species from one forest to another, could also have been destroyed.

Read More: Slow Violence and the Displacement of India's Indigenous

Rio Tinto estimated that mining the Bunder region, in which the forest is located, could yield over 34.2 million carats of diamond, making India one of the top 10 diamond producers in the world. However, while the region might be rich with ore deposits, it has also been identified as too dense and valuable to be mined. Apart from tigers, it is also home to animals like leopards, Indian pumped vultures, sloth bears, and Indian gazelles. Rare and endangered species like peacocks, chinkara, and cheetal are also found here.

“We are still not clear about the size of the project, but a large project will definitely affect the movement of tigers and especially with infrastructure development,” Raghu Chundawat, a conservation biologist told Quartz.

While Rio Tinto defended the environmental sustainability of its project, an environment ministry panel has chosen to defer the forest clearance required to mine diamonds in the area, saying it would lead to a depletion of high-quality forest area.

Read More: India Is About to Break the Record for Most Trees Planted in a Day

It's been a good day with lots of good news for Indian wildlife in Madhya Pradesh! Best gift on the International... https://t.co/dcdtX5ToHq

Recent decades have seen efforts by the Indian government to save its national animal, the royal Bengal tiger, found only in the Indian Subcontinent. The species’ numbers are fast depleting due to poaching, habitat destruction by mining and industrial projects, and climate change.

The step to defer forest clearance for diamond mining comes as a positive move needed to save the gorgeous cat from extinction. Protecting the forest cover in the area will also go a long way in saving other animal species and curbing climate change.