The bigger question: can they keep up the momentum? 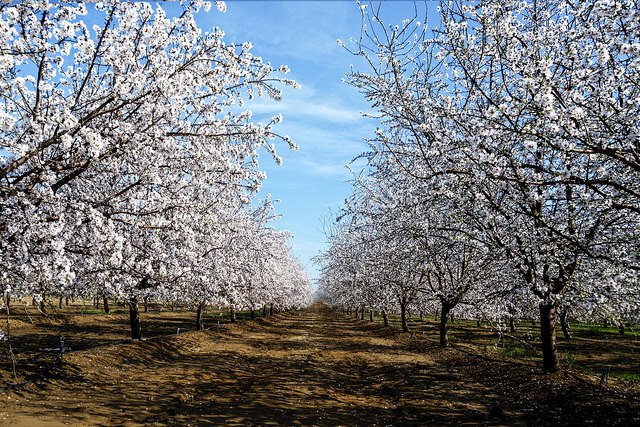 More than 800,000 Indians in the state of Uttar Pradesh attempted to plant 50 million trees on Monday in an effort to get into the Guinness World Records.

All throughout the state, volunteers planted saplings over a 24-hour period. There was genuine enthusiasm and a sense of urgency to be found in this ambitious act of reforestation.

“I've read in a book that this tree releases maximum oxygen,” one young boy planting a fig tree told the AP. “There is so much pollution in the city, we need trees that produce oxygen."

Uttar Pradesh is trying to dwarf that number. While residents there probably won’t hit 50 million,they might make it into the millions. Either way, it’s an extraordinary achievement.

Beyond the charades of record-chasing, this is an encouraging sign. Climate change is ominously progressing around the world and action has to be taken to reverse it. In the years ahead, a big shift in perspective is needed to keep the planet healthy for all organisms.

Trees and forests are crucial when it comes to global sustainability. On the reverse side, deforestation has layered consequences and it’s happening at an alarming rate.

About 48 football fields worth of forest is lost every minute. The causes are varied, according to the World Wildlife Fund.Trees are lost due to “fires, clear-cutting for agriculture, ranching and development, unsustainable logging for timber, and degradation due to climate change.”

But the effects are clear — 15% of all carbon emissions comes from the carbon released by deforestation, because forests are a huge natural reservoir for carbon. The more forests, the less carbon in the air.

Other effects of deforestation are more immediately felt. Forests are home to vast biodiversity. As trees disappear, species go extinct and wildlife vanishes. Trees clean the air and filter water. They nourish and protect soil to improve agriculture and reduce natural disasters.

And the loss of trees has profound economic costs. Globally, forests provide jobs for at least 50 million people and directly contribute $660 billion to global GDP.

Fortunately, the rate of deforestation has slowed by 50% over the past 25 years.  This is mostly because the consequences of tearing down forests has been keenly felt around the world.

Perhaps the country most affected by deforestation is Indonesia, which has seen an astonishing rise in forest fire tenacity because of the palm oil industry.

India, meanwhile, is one of the most susceptible countries in the world to climate change. This past year, the country was devastated by a mega El Nino.

The people of India are feeling the effects every day in the form of pollution, droughts, floods and extreme temperatures.  And the hardship this has caused no doubt inspired the rush to plant trees in Uttar Pradesh on Monday.

While India is planting trees because it’s the right thing to do for the environment, there’s also an interesting geopolitical aspect to all of this.

India and Pakistan have a notorious rivalry stretching back to the middle of the 20th century — how great would it be if their new source of contention was planting trees?