Some people call it cruel, but could it save lives? 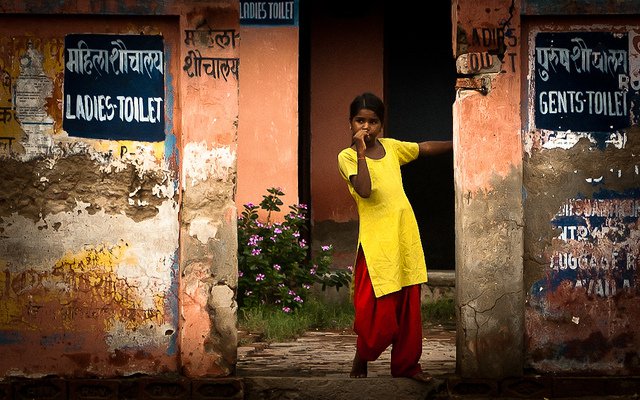 A young girl stands by a toilet in India.
Ignas Kukenys/Flickr.

Worldwide, one in four people poop outside. It’s not a pretty statistic, but it has critical ramifications for public health, women’s rights, and the environment.

In India, this number is three in five. Because of this, the Indian government is embarking on an ambitious campaign to reduce this proportion to zero, and it includes some controversial tactics.

Take Action: Fight the Toilet Crisis! Ask Businesses to Create a Safe and Hygienic Workplace for Their Employees

One of these tactics, publically humiliating people who practice open defecation, has been the topic of serious debate lately, as reported by the Washington Post.

Each morning, the Post reported, teams of “motivators” called “good-morning squads” make their way through India’s rural villages to publicly shame individuals who have been caught openly defecating.

“This is harassment,” a villager in India’s Maharashtra state, Ranjit Gonjare, told the Post. “The person becomes the laughingstock of the village.”

“I felt worthless,” said another, Santram Gonjare. “It’s not the right way to treat old people.”

Read More: The Indian Government Is Reportedly Cutting Off Electricity to People Who Poop in the Street

The BBC has reported that some villages have gone as far as to set up so-called “walls of shame” that display the names and faces of open defecators.

While some have criticized the practice of public shaming, others, including community members and officials, say it works.

“This is the only way,” a neighbor of Gonjare told the Post. “People have stopped [defecating] outdoors because of fear.”

India is not the first country to use public shaming as a way to try to accelerate behavioral change.

Bangladesh pioneered the technique of “Community Led Total Sanitation” in the early 2000s, to overwhelmingly positive results, according to NPR’s Goats and Soda development blog. Since 2000, the country has almost completely eliminated open defecation — reducing it from 42% to 1% between 2003 and 2016.

"It's specifically for people to feel that what they're doing is dirty or unhealthy or not right for their communities,” Alison Bradley, who is a member of the UN’s Water Supply and Sanitation Collaborative Council, told NPR.

Since Modi became Prime Minister in 2014, the Post reported, the country has installed 52 million toilets across the country. But the existence of toilets doesn’t ensure their proper use.

Researchers at Princeton University’s Woodrow Wilson School of Public and International Affairs found that deeply held beliefs surrounding the maintenance of household “purity,” as well as a simple dislike of pit latrines are important factors in the toilet crisis — in some cases moreso than poverty.

According to a study that appeared in the Research Institute for Compassionate Economics in 2014, even in cases where families have toilets, at least one family member on average prefers to defecate outside.

Shaming people into using toilets isn’t the only way to get people to use them. Education can also be an effective tool.

The New York Times reports that there is now a phone application that tells Indians where the nearest toilet is. (In 2015, the UN revealed that more people in India have access to a cellphone than a toilet.)

The latest Bollywood blockbuster, “Toilet: A Love Story,” centers around a toilet-based drama — and it got people talking about open defecation and behavior change.

An official who spoke with the Post said that humiliation tactics are only “required in initial phases” of addressing the toilet crisis and would be phased out “once there is understanding.”