375,000 Global Citizens have called on India leaders make water and sanitation a priority. 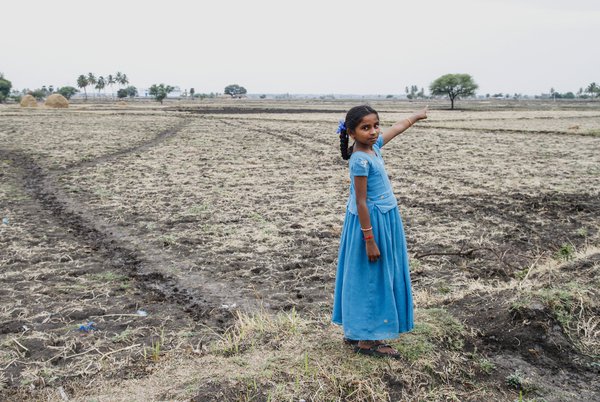 Imagine trying to eat a slice of cake but when you go to take a bite, you find it’s a soupy mess. You made the batter and poured it into a baking pan, but forgot to turn on the oven. Now that time and those ingredients are wasted and you never got to eat that warm, delicious piece of cake.

When working on poverty issues around the world, the same concept applies. Completing just part of the job could make huge efforts and resources put towards achieving a goal much less effective, or even futile.

India knows this challenging part of development well, especially when it comes to sanitation.

When we say sanitation, we mean people having access to and using proper toilets, for relieving themselves or for women to manage their periods hygienically. Sanitation also requires the water and waste from the toilets to be sufficiently treated to prevent exposure to people’s waste matter, which can cause disease, malnutrition and stunting (or, shortened height).

The issue of sanitation in India involves deep cultural and historical roots, political challenges, and a multi-step process that, if not executed through the end of its recipe, will making hitting Modi’s mandate and helping everyone in India impossible.

The good news is, real and major progress is being made. In 2014, Prime Minister Modi mandated that all people in India have access to sanitation by 2019. But because in India the federal government can’t really enforce policy, it was up to the local leaders, like Chief Ministers, to deliver on this promise.

Policymakers in India have accomplished huge strides toward the country’s goal of complete access to sanitation, and we need to acknowledge the incredible efforts to date in realizing this vision. Yet with 1.2 billion people living in India, 29 states and 497 cities, the challenge has also proven to be no small feat.

It was made clear to Global Citizens in India that they needed to step in, together, and make their contribution in achieving universal access to sanitation across India by holding their policymakers to account on delivery.

For their part, Global Citizens took 375,000 actions directed at state governments and Chief Ministers, calling for their efforts in delivering key policies on sanitation throughout India. With record-breaking actions to decision and influencers, along with private discussions with stakeholders, Global Citizens sent their messages loud and clear that they were determined to see a cleaner, safer, healthier and more prosperous India granted by the gifts of sanitation.

Following Global Citizens’ actions, state governments took the stage at the inaugural Global Citizen Festival India on World Toilet Day to make bold announcements about how they were delivering on their mandate for sanitation. Across these commitments, you will see that they range across the “ingredients” of sanitation, including:

— Access (such as access to a toilet)
— Usage, also known as behavior change (such as using a toilet once access is achieved)
— Infrastructure and waste management

Take a look at what they told Global Citizens.

Maharashtra dedicated to a cleaner India: After 100,000 actions from Global Citizens in India, the Chief Minister of Maharashtra, Shri Devendra Fadnavi, pledged three pivotal commitments toward sanitation and poverty, in sum affecting 29 million lives. He committed:

— To eliminate the practice of open defecation in Maharashtra by March 2018. To achieve this goal, the minister will invest INR 5,000 crore, which will allow 36,000 homes to gain access to toilets.

The Minister Fadnavi summarized his commitments by telling Global Citizens, "I am delighted to commit to investments in Maharashtra that will make us: an Open Defecation Free state by March 2018 by building toilets; a state that lifts children out of extreme hunger through special nutrition programmes; and a state which provides for the homeless through investments in building homes. Shuruaat hoon main!”

Staying on Track: India's Secretary of the Ministry of Drinking Water and Sanitation, Shri Parameswaran Iyer, declares that open defecation has dropped from 600M to about 450M people, and that India is on-track to be open defecation free by October 2, 2019. He outlined the need to build another 600m toilets in that time, and the need for mass scale behavior change.

The efforts of Global Citizens around India have already made an impact of on the delivery the government's vision of a clean india, and with these commitments we will be working hard in the coming months and years ahead to ensure they really happen.