Meet the Stars of the Global Citizen India Festival 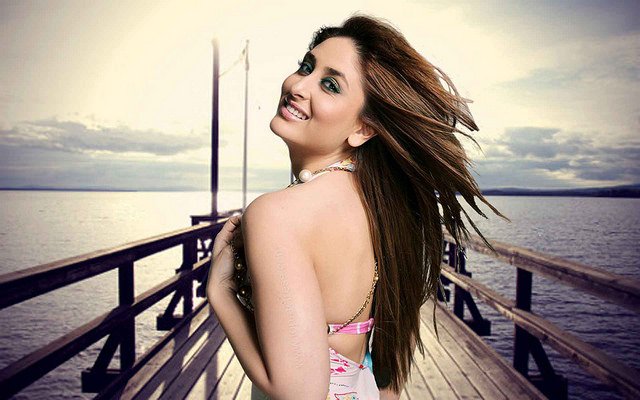 Global Citizen India is hosting its first-ever festival in Mumbai on Saturday, Nov. 19. Watch @GlblctznIN and @Glblctzn for live updates from the show.

In September, Global Citizen India launched in an effort to expand the reach of our global commitments to a country that has the perfect combination of youth, financial clout, and dedication to play a key role in ending extreme poverty by 2030. This work and these commitments will be on display during Saturday’s inaugural Global Citizen Festival India.

While Demi Lovato, rapper Jay Z, and Coldplay are to headline the show, India's powerhose of actors, musicians, athletes, and more, is showing up in full force. Here are just some of the stars who will be speaking and performing this Saturday:

AR Rahman, “the Mozart of Madras,” is a bit of a legend in the Indian music and composing scene. He has performed on three world tours since 2004 in more than 50 international destinations, wrote award-winning music for "Slumdog Millionaire" and "127 Hours," and started his own philanthropic organization — the AR Rahman Foundation.

In 2009, he was named to TIME magazine’s “TIME 100” list of the most influential people around the world. In India, TIME wrote, Rahman “dominates the music industry so totally that he has supplied the sound track for a whole generation.”

Sachin Tendulkar is a world-famous cricketer, widely considered to be the best batsmen of all time, with a career that spanned 24 years. He is the only player to have scored 100 international centuries, and has broken several other records, as well. He competed in six World Cup games, and helped win the World Cup for India in 2011/ Tendulkar has been honored numerous times for his skill and athleticism, including the Arjuna Award in 1994, the Rajiv Gandhi Khel Ratna award in 1997, and the Padma Shri and Padma Vibhushan awards.

As a philanthropist, Tendulkar has helped raise money for the Crusade Against Cancer foundation (his request on Twitter raised $150,000 alone) and in 2011, he helped raise $150,000 to upgrade schools with toilets for girls in 140 schools across the country. He also sponsors 200 children through Apnalaya, a Mumbai-based NGO.

Amitabh Bachchan is a screen actor who’s appeared in more than 180 films in his career which has spanned five decades. He’s won a heap of awards for his work, including four National Film Awards and 15 Filmfare Awards. He’s also been honored by India with the Padma Shri in 1984, the Padma Bhutan in 2001 and the Padma Vibhushan in 2015. France also gave him its highest-honor for civilians, the Knight of the Legion of Honor.

As a humanitarian, Bachchan is equally prolific. He’s donated funds to countless good causes, including funds used to clear the debts of farmers in Andhra Pradesh and Vidarbha. Bachchan was made a UN Goodwill Ambassador for its polio eradication campaign in 2002. India’s since been declared polio-free. Bachan also lent his voice to TeachAIDS software, designed as an HIV/ADIS prevention and education tool.

One of the most popular women acting in Bollywood, Kareena Kapoor has shined on screen, on stage, and in her charitable work. The younger sister of already well-known Bollywood actress, Karisma Kapoor, and born into a family with a wealth of film industry experience, Kareena had large shoes to fill. She debuted in Refugee, a 2000 film that addressed the precarious nature of immigration between India and Pakistan. She has played a diversity of roles — including a sex worker in the film Chameli and a wealthy businesswoman in Jab We Met, a role for which she won the Filmfare Award for Best Actress.

Her philanthropic efforts are too many to name, but include serving as a UNICEF Goodwill Advocate, an ambassador to the Shakti campaign, which seeks to empower vulnerable women, and special guest at the launch of Channel V's VithU app, which helps women report cases of rape.

Shah Rukh Khan, the "King of Bollywood," is a prolific actor who has donated generously to philanthropic efforts and fought for gender equality in Bollywood. Originally portrayed as a villain in several Bollywood films from the early '90s, Khan has played a diverse set of roles since, including a NASA scientist and hockey coach. As a testament to gender equality, Khan has insisted that the name of his films' leading actresses go in front of his own name since he did so in the 2013 hit comedy "Chennai Express."

Khan's philanthropy has earned him worldwide recognition. He won UNESCO's Pyramide con Marni award in 2011, becoming the first Indian to win an award from UNESCO. He also partnered with the UN on the Clean India, Green India initiative, which built basic sanitation facilities around the country, donated to tsunami relief after India's southern coast was hit by a major storm, and worked with The Energy & Research Institute on rural electrification projects.

An actor, director, producer, singer and writer, Farhan Akhtar is a jack-of-all-trades. He directed his first film, Dil Chahta Hai, at the age of 28. He has since acted in and produced several other blockbusters, including Rock On!!, Lucky By Chance, and Karthik Calling Karthik.

In 2013, Akhtar launched a campaign to bring awareness to sexual violence, after news broke that a Mumbai lawyer, Pallavi Purkayastha, was killed by her security guard after he tried to assault her. Akhtar's campaign, Men Against Rape and Discrimination (MARD), has gained over 200,000 Facebook followers and fills an important need in a community that saw more than 600 reported cases of rape between August 2012 and July 2015.

These are just a few of the amazing artists who will be participating in the Global Citizen Festival India. Here's the full lineup of who you can expect to see: